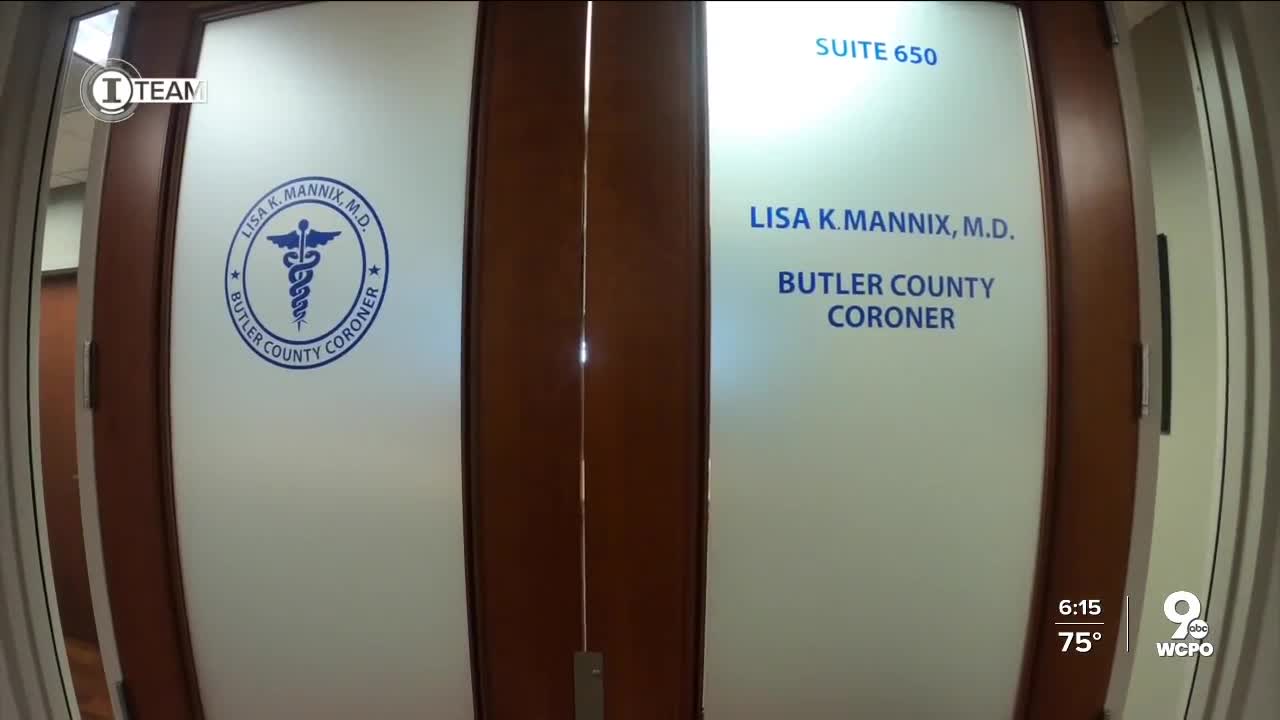 A decades old mystery is finally solved. The Butler County Coroner's office used DNA and genealogy to identify human remains found in 1997. The technology is being used by coroners across the country. 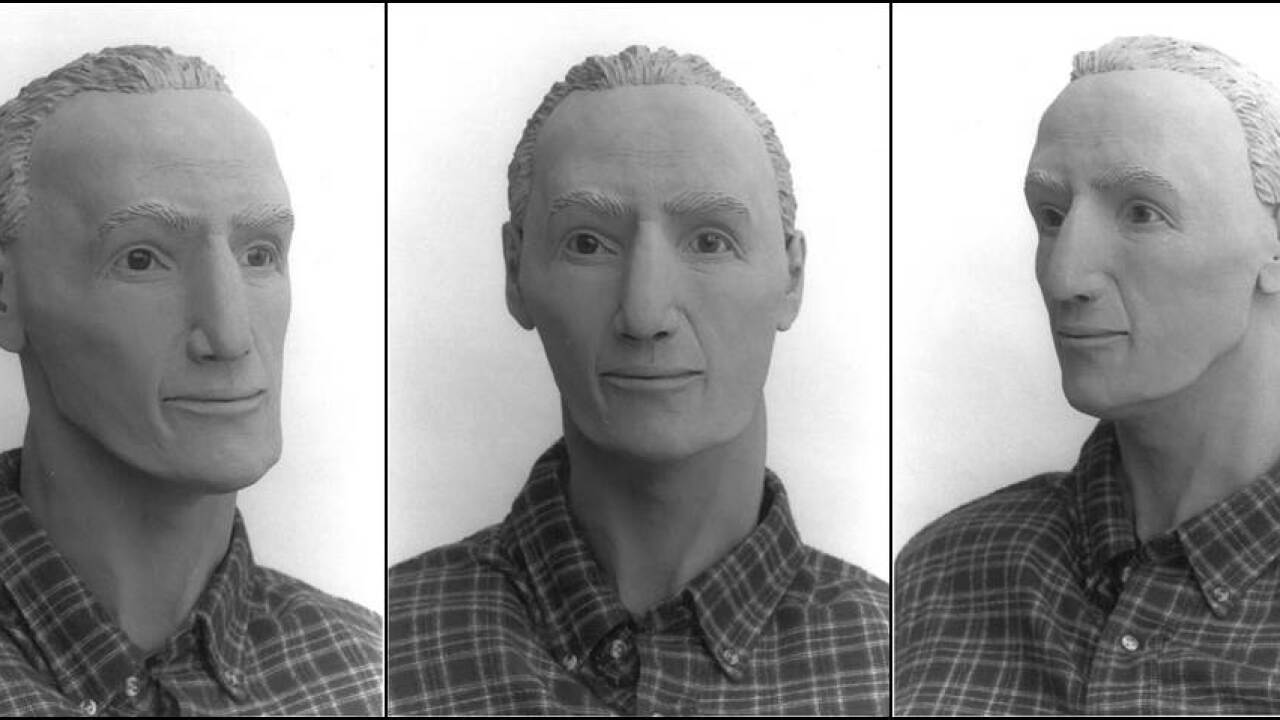 HAMILTON, OH — Twenty-three years after members of the Hamilton Boat Club found the decomposing body of an unidentified man floating face-down in the Great Miami River, William Havens, an investigator with the Butler County Coroner's Office, sat in the Ohio home of the man's relatives preparing to tell them that the case had been solved.

Havens said he had taken DNA samples from them months earlier and had promised to return with the results.

"I apologize for taking so long," Havens recalled telling two relatives sitting in the living room and a third relative who watched on FaceTime from another state during their meeting on August 30.

"The DNA sample that we retrieved from you is a positive match for Larry Joe Porter," Havens said he told the family.

Havens said Porter had traveled a lot through the area, had some tough times and lost touch with his family.

"Now we know," Porter's relatives replied, according to Havens.

Then, Havens said, they cried.

"It was a very emotional time for not only them, but for me," Havens told the WCPO 9 I-Team.

"Twenty-three years this person remained unidentified until we got new technology," said Mannix, who became coroner in 2012.

That technology is being used by the nonprofit DNA Doe Project, which converts sequenced DNA into files that can be uploaded to DNA genealogy websites to identify John or Jane Does and their relatives for law enforcement agencies investigating those cases.

Mannix said her office asked DNA Doe Project to help identify the remains of their John Doe in December 2018.

Some of his remains were at the University of North Texas, which had extracted DNA from them years ago, according to the coroner's office.

The DNA Doe Project requested a new DNA extraction, then had the DNA sample sequenced in a lab, according to Franchesca Werden, the organization's media director.

"We didn't have any good matches," Werden told the I-Team.

Werden said the coroner's office agreed to let the nonprofit pursue a match on another site, Family Tree DNA.

They located a file that matched the John Doe, according to Werden.

It had been uploaded by one of Porter's close relatives.

The nonprofit told the coroner's office their John Doe was Larry Joe Porter.

"At that point we alerted the agency (the coroner's office) that we had a match, and the agency begins the process of verification," Werden said.

In December 2019, Havens began using that information to find Porter's relatives, who provided their DNA to compare with the DNA of John Doe.

"It's a ray of hope that we can give to a family," Havens said.

An autopsy of the body by the coroner's office in 1997 found the man had fractures that "were consistent with being struck by a car."

The man also had no teeth to match against dental records, according to the coroner's office.

"Sometimes, you got nothing," Dr. Mannix said.

Dr. Mannix said artist reconstructions of the man's face, photos of his clothes and jewelry shared through local and national media failed to identify him.

Werden said DNA Doe Project has solved more than 40 cases since it began operating in 2017. Six of those cases are from Ohio.

In 2018, DNA Doe Project gained national attention for solving the case of the "Buckskin Girl," an unidentified woman who had been found in Miami County in 1981, hours after her murder.

Investigators said the victim was wearing a buckskin jacket.

DNA Doe Project identified her as Marcia King of Arkansas.

The Miami County Sheriff’s Office said it had used the latest technology and investigative techniques to try to identify the body, including new facial images, pollen studies on her clothing and stable isotope studies on her hair in an effort to trace her location and geographic movements in the last year of life.

But, in the end, investigators said the involvement of DNA Doe Project made the difference.

"The purpose of what we're doing is really humanitarian in nature," Werden said. "We really want to bring closure to families."

The success stories give hope to investigators still trying to identify remains of years-old bodies.

Sammarco said someone partially buried the woman and placed a rose on her chest.

"We followed whatever information that we had, and nothing panned out," she said.

Sammarco told the I-Team the Ohio Bureau of Criminal Investigation is examining the woman's DNA to see if investigators can uncover new leads.

"We just want to be able to figure out who she is and give some family some peace," Dr. Sammarco said.

Many families are waiting for that peace.

There are approximately 4,400 unidentified bodies recovered every year in the United States, according to the National Missing and Unidentified Persons System, also known as NamUS, a federal government resource center.

The remains of 222 people are still unidentified more than a year after being found in Ohio, Kentucky and Indiana, the I-Team discovered last week by searching for cases on the NamUS online dashboard database.

Those cases include the remains of a man found in Grant County currently being researched by the DNA Doe Project.

The victim was found on April 9, 1989, in a tobacco barn about seven miles west of Dry Ridge, according to the FBI.

The FBI said he had been shot twice in the back of the head and died about two weeks prior to being found.

The DNA Doe Project has 28 active cases listed on its website.

Some of the remains were discovered nearly a half-century ago.

Wernden said the nonprofit's volunteers are committed to identifying every John and Jane Doe.

"We never give up on a case," Wernden said.