'We want health and safety and economic vitality' 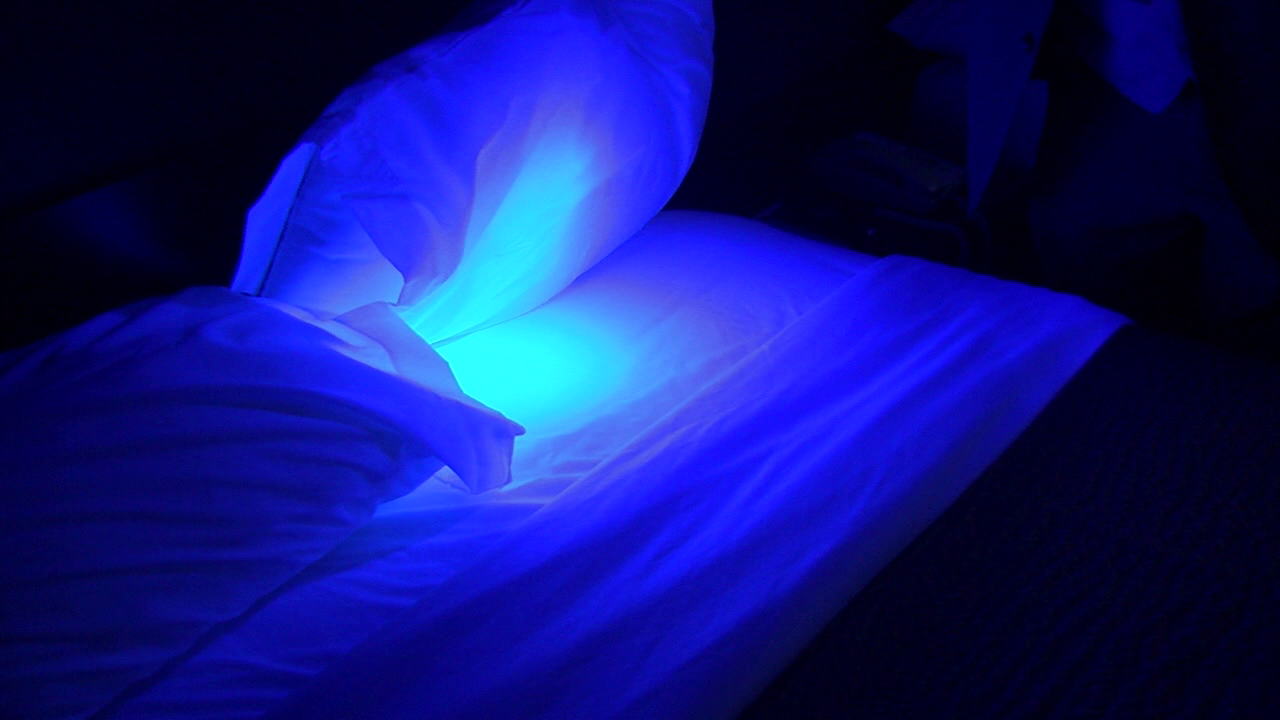 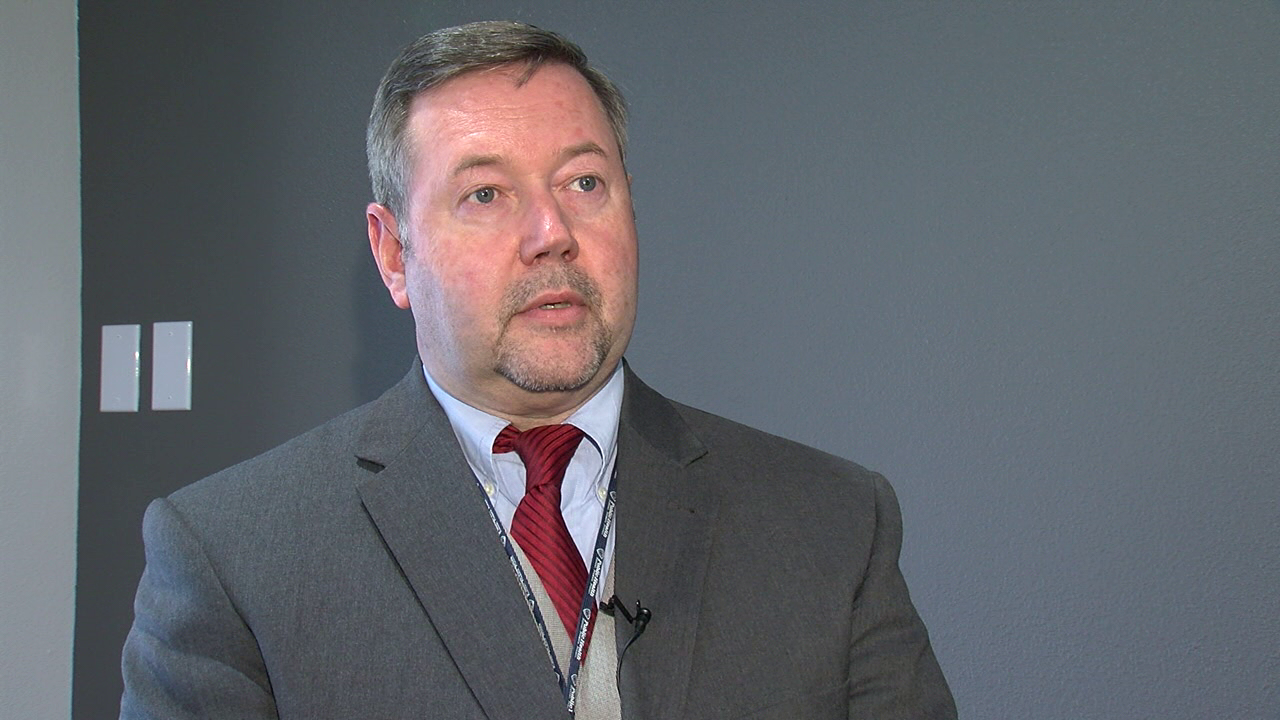 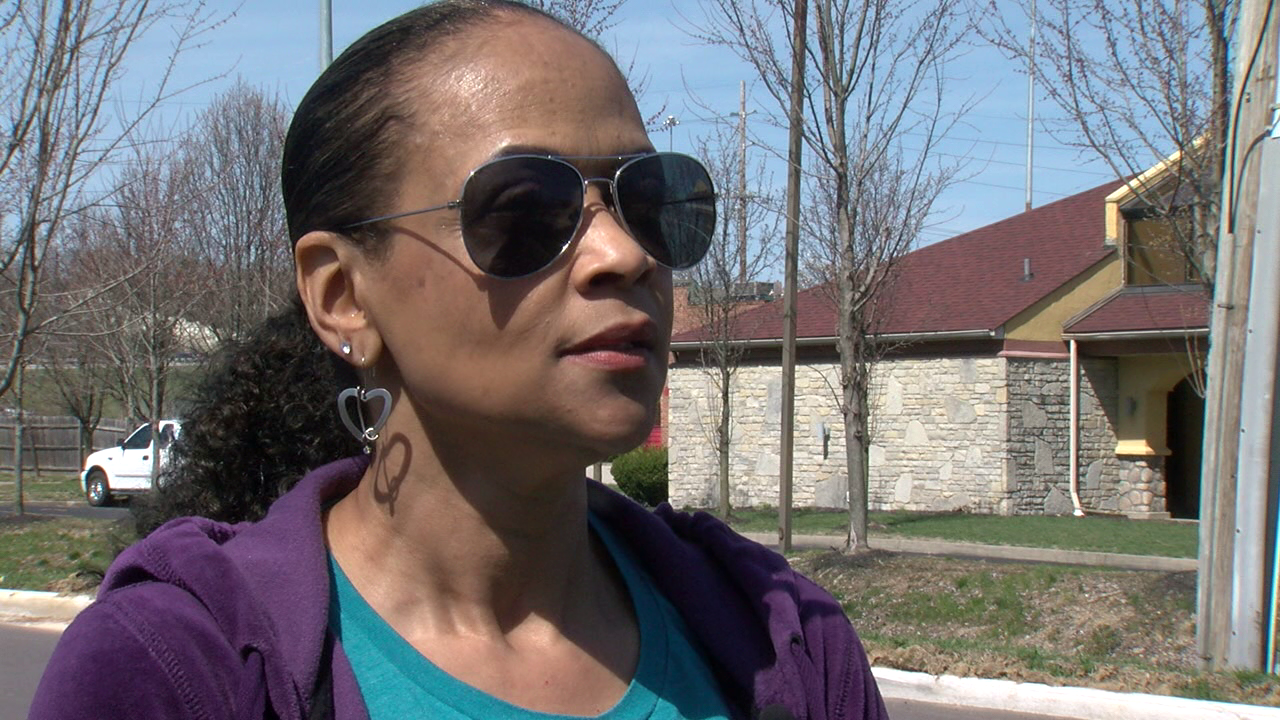 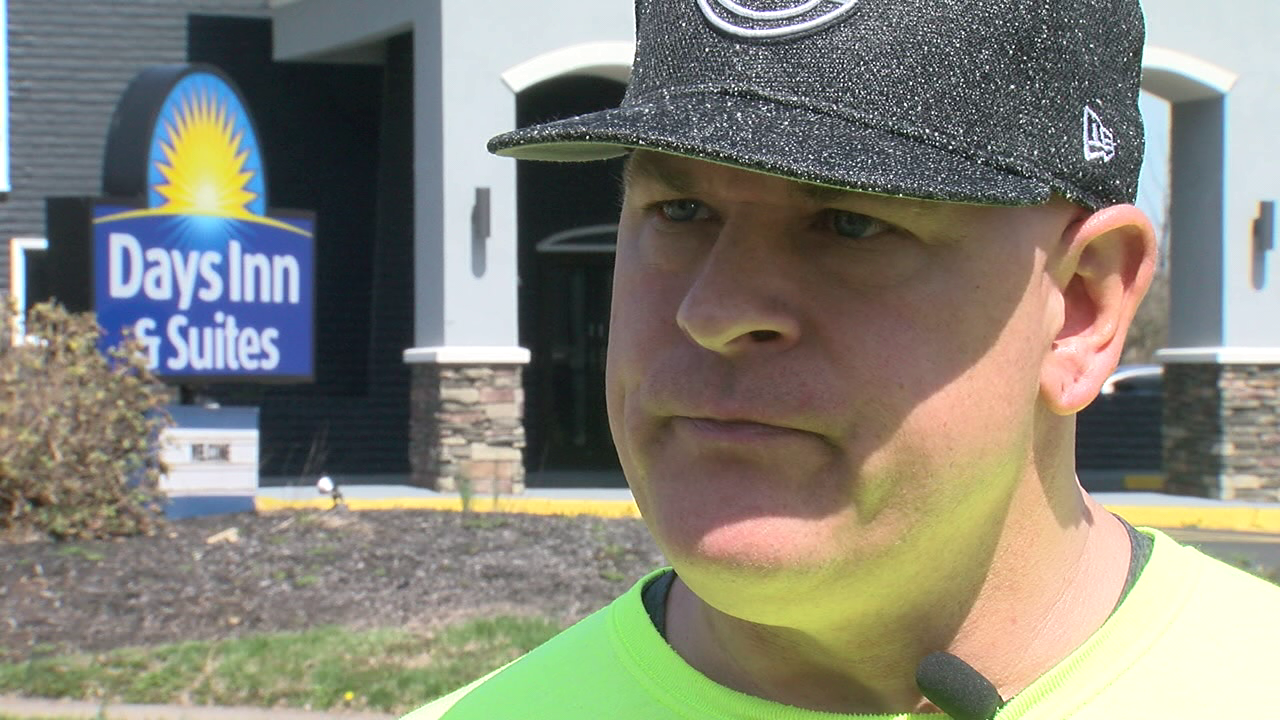 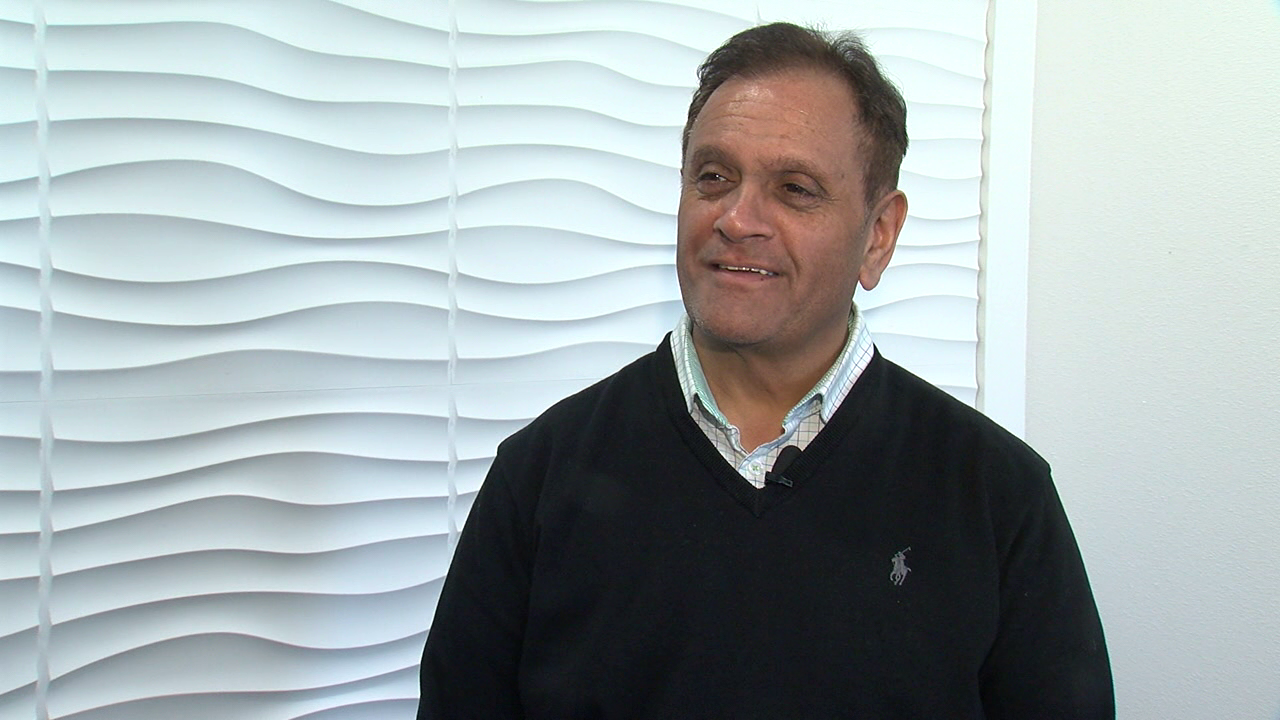 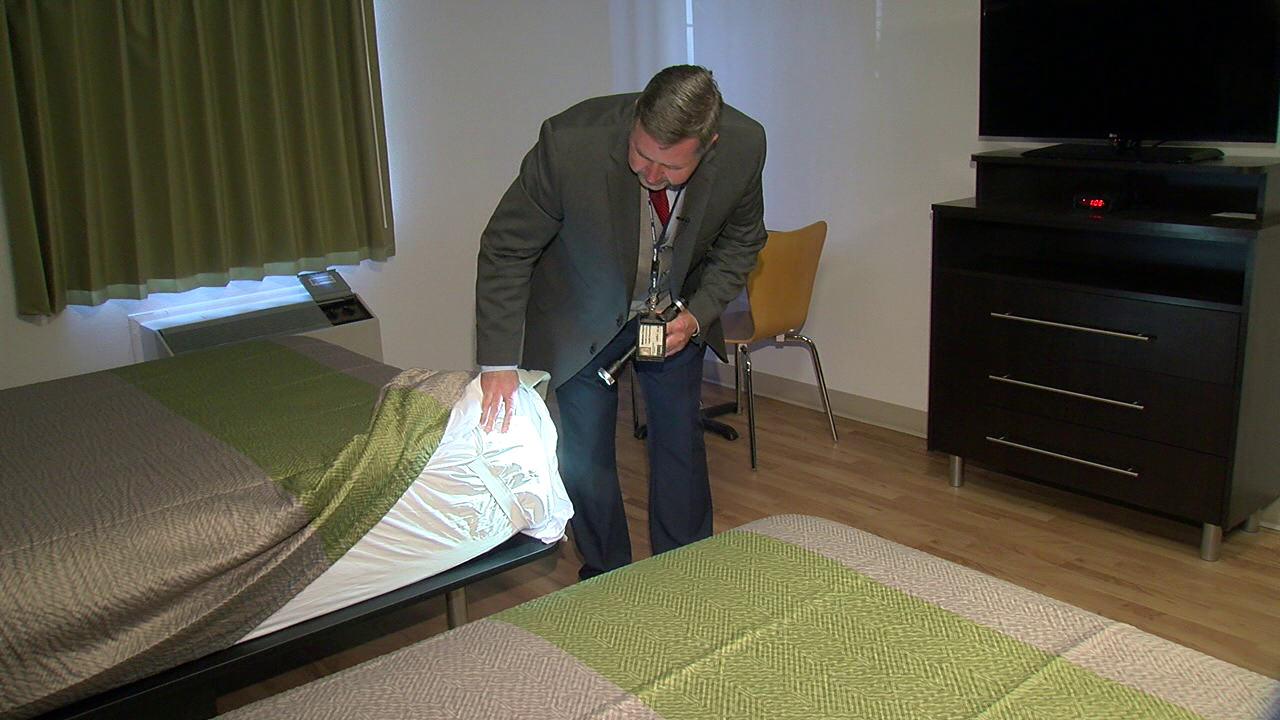 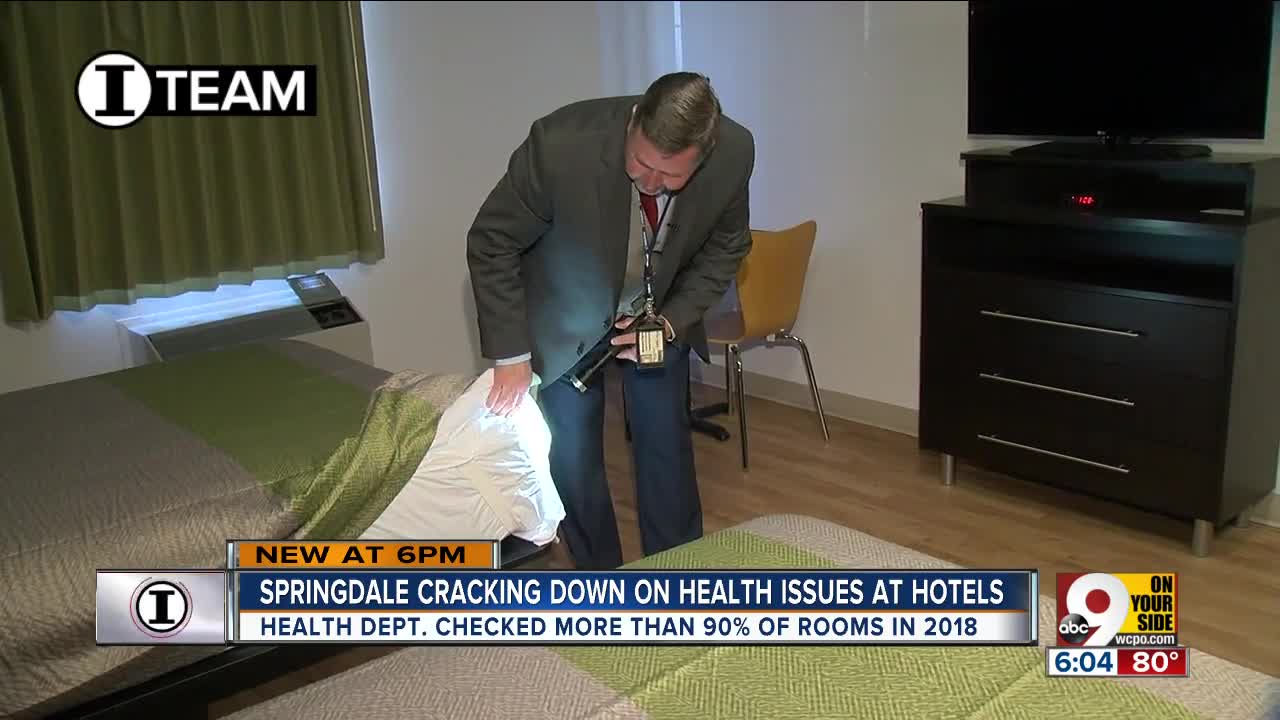 SPRINGDALE, Ohio — Lynelle Ladd checked into a Super 8 hotel in Springdale last month with Lysol in hand and cleanliness in mind.

“You wonder did they vacuum? Did they clean the rest rooms? It seemed like it was,” Ladd said. “They had this little refrigerator which seemed clean. The microwave was clean, the restrooms.”

Springdale Health Commissioner Matt Clayton counts that as a win for a hotel enforcement program he launched in 2015. The strategy invites collaboration between hotel owners and the city’s police, fire, health and economic development departments. The goal isn’t to punish hotel operators, but to promote quality standards that make customers like Ladd happy they stayed in Springdale.

“We want our hotels to reflect positively on the community,” Clayton said. “But more importantly we want health and safety and economic vitality at our hotels.”

These are heady days for the Cincinnati hotel industry, with occupancy rates at record levels and room rates up 32 percent in the last five years. That sparked a surge in hotel investments since the start of 2017, with 1,300 new rooms available in the Tri-State and 12 hotels selling for a combined $128 million, according to the global consulting firm HVS.

But the rising ride hasn’t lifted every boat. Across the region, some hotel properties are under duress, struggling through leaky pipes, moldy rooms, and guests who bring crime, bedbugs and other complications to their front door. The I-Team reviewed hotel inspections in Hamilton County and Northern Kentucky, where health departments post records online. We found 265 violations in 95 properties since the start of 2019.

Blacklights and bedbugs
Springdale is “more thorough than most” Ohio municipalities in how it regulates hotels, said Alan Smith, code enforcement chief for the Ohio State Fire Marshal.

“My hats off to them. They do it right,” Smith said. “The hoteliers understand the program. They’re more compliant than they’ve ever been.”

Springdale uses black lights to search for body fluids on bedding and furniture. It uses flashlights to check for dust, mold and debris under furniture. It checks walls and ceilings for cracks and stains, jiggles light fixtures and heating vents to make sure they’re functioning properly. But the biggest thing that sets it apart from other cities is that Springdale inspects more than 90 percent of all rooms, even those occupied by guests.

“We provide the hotel operator with the opportunity to schedule the date,” Clayton said. “Then they will notify the resident or the guest that the health department’s going to come through.”

Clayton said the approach is “not always well received by the guest,” but most ultimately recognize its in their interest to allow the scrutiny.

Cincinnati inspector Angela Uran said her department doesn’t have enough manpower to check 90 percent of rooms each year. Even at the Millennium Hotel Cincinnati, where the city and Hamilton County are pursuing a public nuisance lawsuit, the most recent inspection on March 19 documented visits to 16 of the hotel’s 872 rooms.

“I don’t know how many hotels they have (in Springdale). We have I think 28. I know that we couldn’t inspect every single room,” she said.

At Carrousel Inn & Suites at 8001 Reading Road, Hamilton County inspectors made three return visits after finding “mouse feces under the sink and cabinets” of room number 4111 on February 21. Fifteen days later, inspectors found “live bedbug activity” in room 2209. That led to an administrative hearing for the hotel on March 22. Next came a March 29 inspection in which “a live bedbug” was documented. “The next inspection conducted will be of all rooms at the facility,” inspectors wrote.

Blue Tide Partners, which bought Carrousel Inn last May, hired an exterminator and is reviewing "maintenance protocols" at the property, according to a statement released by its attorney Jason Kuhlman. "We believe the problems have been addressed and we are putting them behind us," the statement added.

“We don’t look to punish anybody. We just want them to operate under our rules,” said Springdale Police Chief Mike Mathis. “When you’re being watched you tend to regulate your behavior better.”

Springdale officers made 730 police runs to five hotel properties in the last five years, accounting for 7.5 percent of all police runs in the city. The hotel runs peaked in 2017, when the 185 visits accounted for nearly 10 percent of Springdale’s total.

The I-Team attempted to reach LaQuinta for comment. A local manager referred all questions to the hotel’s corporate office in Texas, which has yet to respond. Springdale’s health commissioner said police visits have the same goal as scrutiny by health inspectors: Quality improvement.

“A hotel that’s well managed and well run will have a competitive advantage avoiding issues like drug use, addiction and prostitution,” Clayton said. “But a hotel that’s poorly operated may suffer from those issues.”

Can regulation lead to growth?
Hotel investor Bobby Das said Springdale is more aggressive than other jurisdictions where he’s worked, but he doesn’t mind the attention.

"No, I think it's good," he said. "It gives use the edge of how we can improve if there is a deficiency."

The U.K. -born Das relocated from Lima, Ohio to West Chester in late 2017 when his ownership group agreed to pay $2 million for a 72-room hotel on Chesterdale Road in Springdale. He said he didn’t know until after the deal closed that the former Midwest Inn & Suites had “a lot of violations from the previous owner.”

Springdale records show inspectors were concerned about five junk cars on the property, an inoperable smoke detector in one room and an electrical issue with an air-conditioning unit that forced the closure of another room. Multiple exit signs weren’t working on battery power and “excessive dirt and dust” was documented on the walls and furniture of other rooms. Police made 52 visits to the property in 2017, including 13 domestic disputes and six “suspicious person” incidents.

Das thought about walking away from the project, but instead he got to work on whole-house renovation that will cost about $300,000 by the time it’s finished in May or June.

“All the old appliances came out,” Das explained on a recent tour of the project. “The old sink, the stove, the full-size refrigerator. That’s all been taken out. We’ll just patch the holes, fix everything up, make it just like new.”

The renovation will change the business model for Das’ company, SSA Springdale LLC. It rebranded the property as a Studio 6, the extended-stay offering of the Motel 6 chain. Das went to court to evict four of his long-term residents who were behind on their bills. The number of police runs declined 77 percent to 12 last year. Das expects to get up to $70 a night for his largest rooms after the renovation is completed. That’s more than double his cheapest rates before the motel makeover.

Clayton sees the improvements as evidence that Springdale’s aggressive enforcement practices are working.

“Quality inspections will help the hotel operator to raise the standards of those rooms and of the hotel, which will lead to a higher rate of occupancy and to a higher room rate,” he said. “So, a more profitable business model for the hotel/motel operator.”

‘It’s not easy to get rid of them’
Springdale's hyper-vigilant approach may not be spotting every motel malady. Maintenance man Todd Rainey said the Days Inn on Glennsprings Drive has ongoing problems with mold, broken door locks and drug use among extended-stay guests.

“All the drug heads. I see them all the time walking down the hall. Pits in their faces, ate up,” Rainey said. “Here in the last couple months I found so many needle caps, needles, the baggies that I know have been ripped off that had drugs in them.”

A Days Inn co-owner said the property is trying to transition away from an extended-stay clientele that brought drugs and unwanted guests to the property in the past. Willie Patel, a North Carolina-based partner in Sunrise Cincinnati LLC, said his ownership group recently installed a new surveillance system. It also established a new policy limiting lengths of stay to four weeks.

“We try not to do business with them,” he said. “We are not encouraging them at all. It’s not easy to get rid of them.”

On the mold issue, Patel said the hotel had only “light spots” of mold, which were scraped and chemically treated before they were painted over. He said the hotel has twice repaired its broken doors and its on-site managers will use the new surveillance system to keep guests from jamming doors open.

The economy poses yet another threat for Springdale, which has fewer traffic magnets than neighboring communities like Mason, with Kings Island and the ATP Tennis Center, or Sharonville, with its own convention center. Springdale’s biggest hotel property, a former Sheraton-turned Radisson hotel that closed in 2008, was demolished by the city in 2017. It’s hoping to attract office tenants to the 8.3-acre site, said Christine Russell, Springdale’s economic development director.

The Atrium hotel, closed in 2017, failed to attract a buyer in foreclosure last year. So, Springdale is talking to the Port Authority about adding the 5-acre property to its land bank. That could help a new owner erase the roughly $2 million in tax liens against the property, clearing a path for redevelopment, Russell said.

Springdale’s hotel rates should get another boost in 2020, when a Home 2 Suites Hotel by Hilton opens an $11 million hotel at the former Bahama Breeze restaurant site at 325 Pictoria Drive. A similar property in Blue Ash is quoting rates that start above $100 for most of the next month.

Russell doesn’t think Springdale’s regulatory approach is driving the new hotel investments. But she doesn’t think it’s hurting either. She said the city hasn’t offered tax abatements or other financing tools, but it is encouraging new investment in other ways.

“We’re in dialogue with these owners,” Russell said. “They know that they’re invited to all these meetings. They can come and discuss issues. Our departments are willing to share the information with them. We could just say here’s the rule. Comply. We’re here to help them comply.”