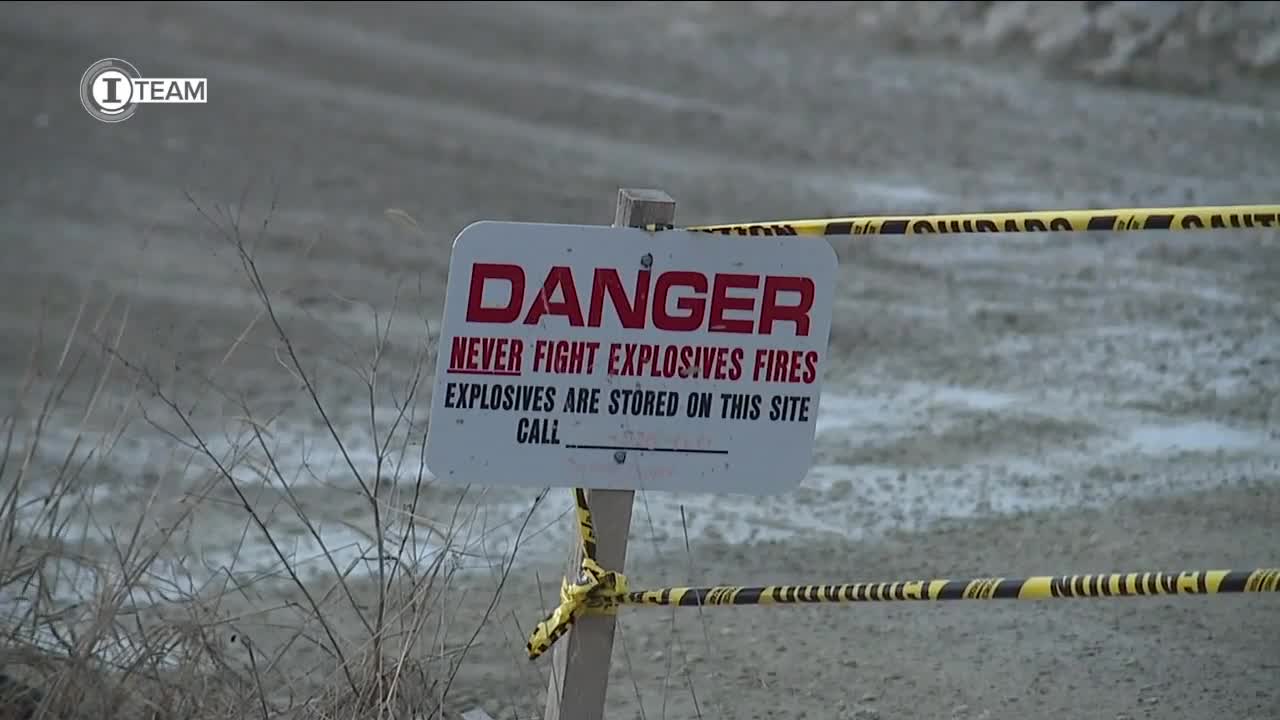 Burlington homeowners say the blasting comes like clockwork, cracking their foundation a little more each time. 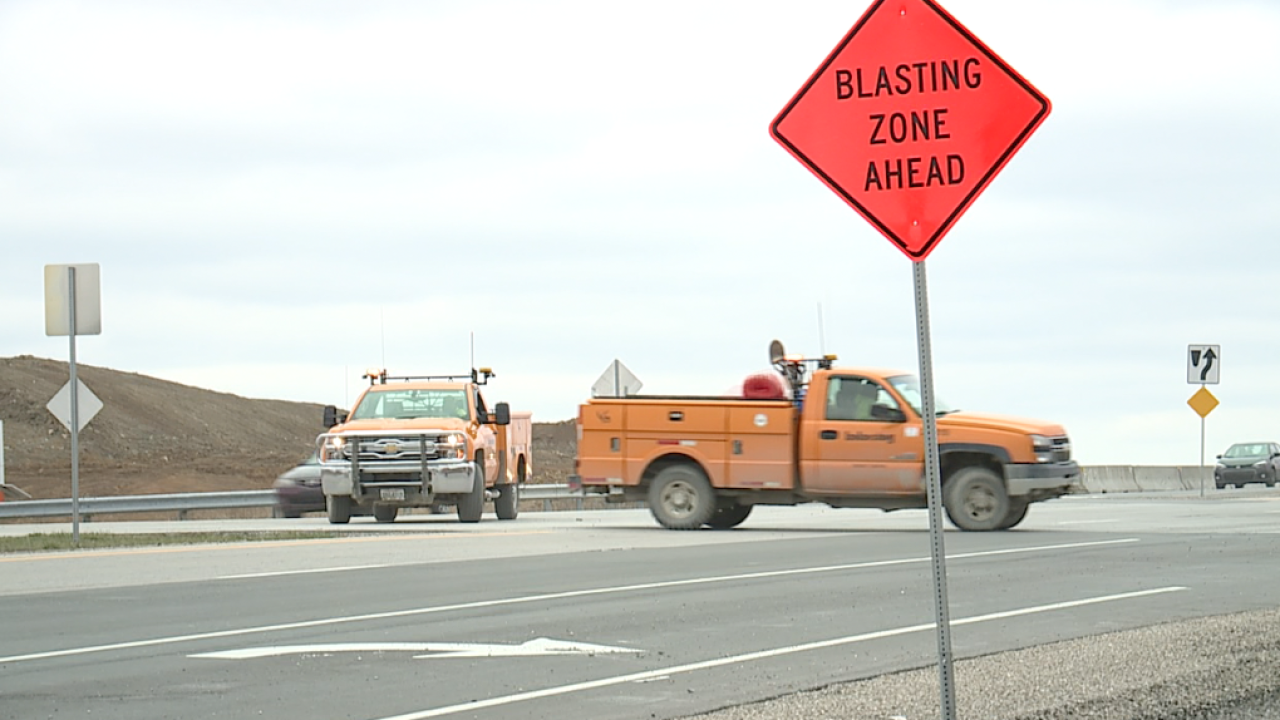 “Like an earthquake. The house would shake for a few seconds. Every day,” said Richard Ison, who lives on Timber Lane.

Ison said blasting at the Amazon Air Hub near Cincinnati-Northern Kentucky International Airport happens around 1:50 p.m. and 5:20 p.m. on most days. He believes it's costing him thousands of dollars in damages to his home.

"I noticed a big crack in the floor," Ison said. "The tile, and the concrete. When I went outside, I noticed cracks in the foundation, and on the bricks."

The blasting, which started in August 2019, intensified later that year. When homeonwers started trying to figure out what recourse they had, they soon realized that there weren't any requirements in terms of how loud the blasts can be or when companies need to give advance notice.

So what CAN homeowners do?

Ison’s Timber Lane home sits about a mile away from the blast site located between Aero Parkway and CVG. That’s important to remember. The blast zone at the air hub site is 1,500 feet, and the blasting permit holder isn’t responsible for any damage outside of that 1,500-foot blast zone.

The Kentucky Energy and Environment Cabinet currently has no regulation on the books mandating companies give any sort of notice prior to beginning blast work.

There’s also no requirement for blasting companies of this type to use seismograph equipment as part of their blasting reports. All three construction companies on-site did, however, use seismic equipment.

Don Jones, president of A&B Heating and Air, says his company is just outside of the blast zone; however, his building and property have taken a big hit.

There are also cracks in the foundation, damage to the loading dock, walls separating, and doors unable to open and close. Jones said the whole building has shifted.

So who’s on the hook? Not insurance.

“The insurance company basically told us that anything outside of the 1,500 square feet, they’re not responsible for the damage," Jones said.

WCPO 9 put in an open-records request with the Kentucky Energy and Environment Cabinet requesting all blast reports from the site to determine if the construction companies were operating under state code.

What did we get back? Citations, inspections and seismic readings taken by the state after mid-November.

How many blast reports did we receive?

The state agency — which gives permits to blasting companies — doesn’t actually collect a company's self-recorded blast reports. Instead, they can inspect them over a period of five years to ensure companies are operating within the state’s limits.

Kentucky limits the peak particle velocity (PPV) of a blast to 2.000 inches per second at the immediate location of any dwelling house, public building, school, church, commercial or institutional building. But damage to surrounding structures can occur at less than a 2.000 in./sec PPV. According to documents available on the state agency’s website, damage in the form of new cracks to a foundation can occur at a PPV of 1.000 in./sec — which is half of the state’s legal limit.

John Mura of the Kentucky Energy and Environment Cabinet said all recorded blasts have complied with state guidelines.

Sixteen inspections have taken place at the Amazon Air Hub site. Thirteen of those happened after our initial report on Feb. 3. The state says all blasts have been within the legal limits.

“All we have is their word that they’re not blasting above the legal limit,” he said.

The Boone County Fiscal Court did step in to put pressure on the blasting companies as well as Amazon to be more transparent with the blasting reports. Judge Executive Gary Moore is asking for Amazon to create an online database showing the blast reports each day. He has also sent a letter to Amazon officials asking the company to stop all blasting at the site, and find an alternative method.

WCPO 9 put in another open-records request with the Boone County Fiscal Court, this time asking for all emails pertaining to the Amazon Air Hub site.

In those documents were seismic reports from two of the three blasting companies. In an email from Boone County Administrator Jeff Earlywine to CVG CEO Candace Moore, Earlywine spotted two outliers.

“The blasting logs record two significant blasting events (9/27 and 9/30) that far exceed the permissible threshold," he wrote. "On its face these two levels appear to be way out of balance/context with the other blasting levels reported for the same blast."

On Sept. 27, 2019, Mura says a trench blast was used for the installation of a box culvert. A seismograph 182 feet from the blast recorded the ground vibration at 5.088 in./sec. The nearest home was located 3,153 feet west of the blast, where Mura says the vibration would have been less than 0.083 in./sec.

Both blasts were found to be in compliance with state code.

WCPO 9 has requested all blast reports from Amazon, and has reached out to Amazon, and Kokosing (General Contractor) for a comment. We have yet to hear back.

Homeowners, months later, are asking for answers as to what’s caused thousands of dollars in damages to their properties.