Abuse investigations: Do care providers get the benefit of the doubt?

Prosecutor: 'He didn't intend to hurt her' 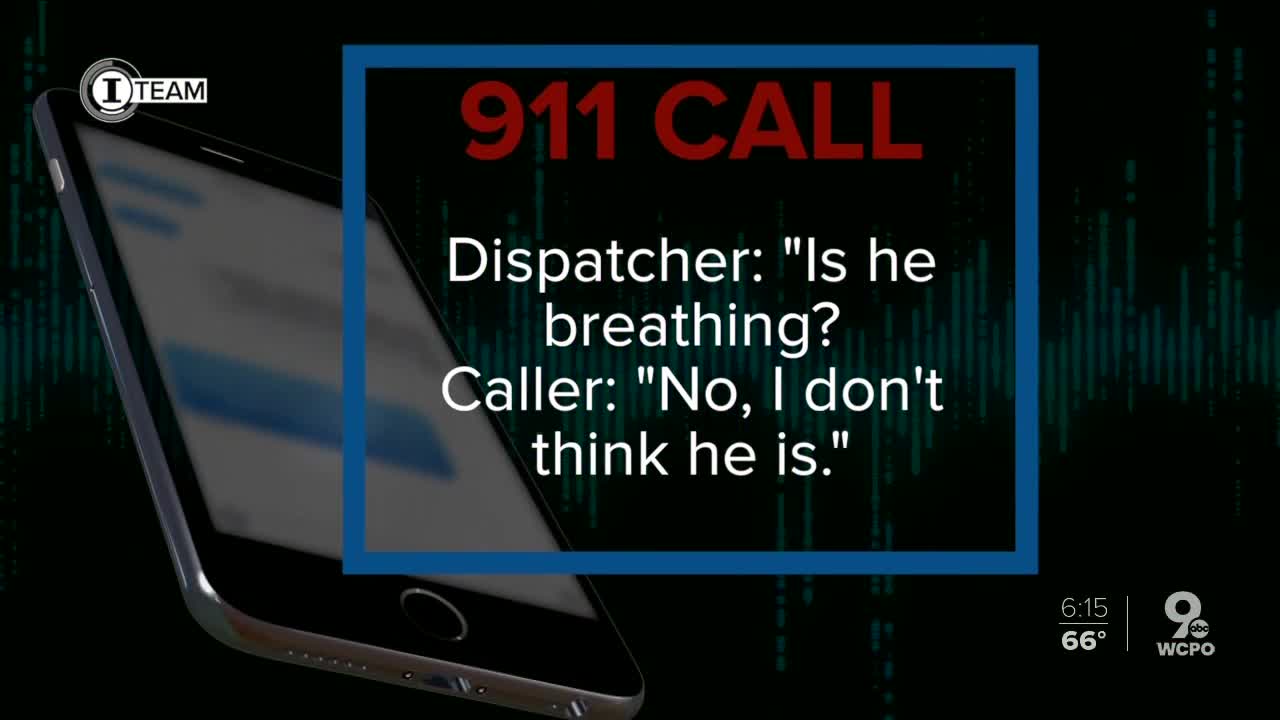 A Middletown man pleaded guilty last December to Attempted Failing to Provide for a Functionally Impaired Person, the lowest-level felony, after his mother died in his care. 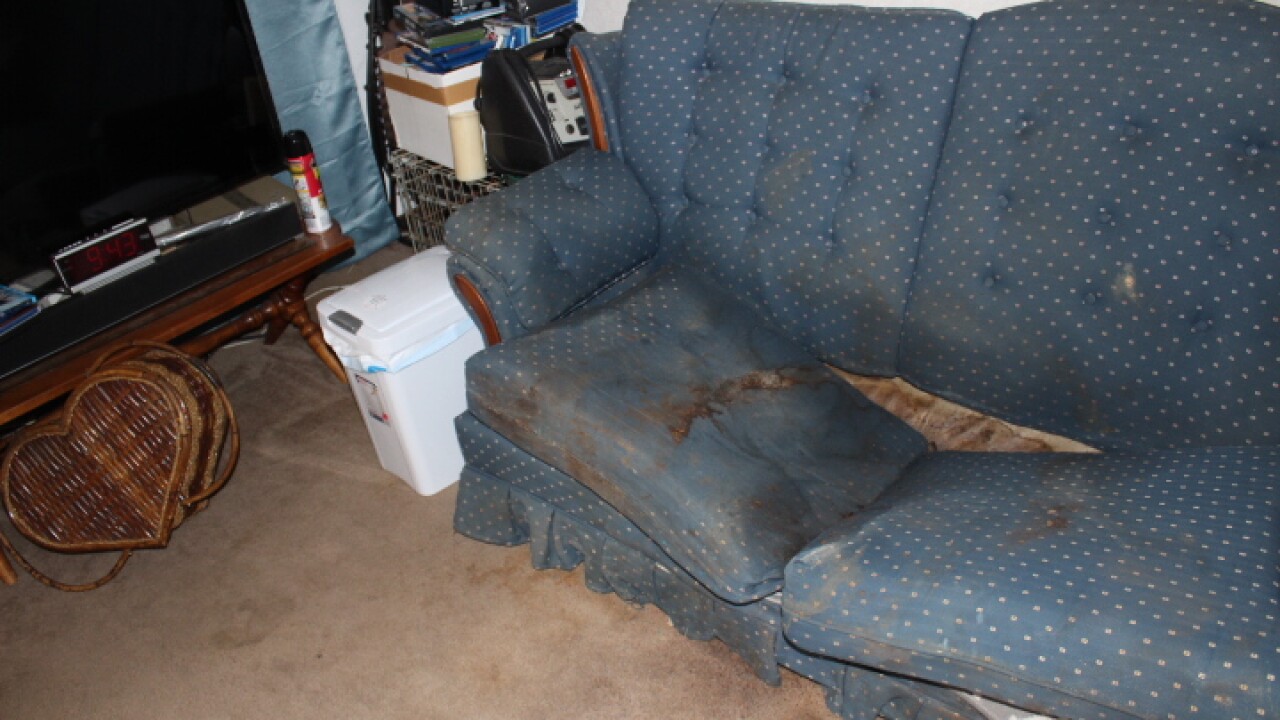 Tucker, who had dementia and diabetes, was sandwiched between cushions on a urine-soaked couch, according to the Middletown Police Department incident report.

Dwayne Tucker told police he had called 911 minutes earlier because his mother was unresponsive.

"I definitely didn't neglect her. I know that," Tucker told Middletown Detective Brook McDonald during a Feb. 23, 2019, video-recorded interview requested and obtained by the WCPO 9 I-Team.

Two days after Tucker's police interview, he was booked into the Middletown City Jail. He was released six hours later after posting a $500 bond, according to a city corrections officer who reviewed jail records at the I-Team's request.

He did not respond to the I-Team's voicemail messages requesting comment.

The I-Team also left a voicemail message on Saturday for Terri King, the attorney who represented Tucker in that case. She has not responded to our request for comment.

Sjoberg said it's extremely rare for care providers to be convicted of crimes against people who have developmental disabilities.

In a National Survey on Abuse of People With Disabilities by the nonprofit Disability and Abuse Project, two-thirds of the nearly 1,500 victims who responded said they didn't report the abuse.

In the cases that were referred to law enforcement, respondents who had disabilities said only 10% of perpetrators were arrested.

"Many victims and victims’ families said they did not report suspected abuse because of feelings of futility, fear, and lack of information," according the final report on the survey.

"I feel that justice was served in this case," said Butler County Prosecutor Mike Gmoser.

"He didn't intend to hurt her," Gmoser said. "He did call for help at the end. That's a good thing."

Sjoberg said many investigators give primary care providers "a great benefit of the doubt," even if evidence shows they abused or neglected an extremely vulnerable person.

"The fact that they need care and are getting it from someone almost makes it harder to hold the people responsible," Sjoberg told the I-Team.

The Ohio Department of Developmental Disabilities said in 2019 it referred all 1,462 allegations of physical abuse to law enforcement, including about 1,000 unsubstantiated cases.

DODD said it received 1,281 allegations of neglect last year, but it did not refer 459 cases of 'substantiated' neglect to law enforcement.

It's not clear how many of those cases were prosecuted.

In an email to the I-Team on Monday, DODD spokeswoman Tamara Hartley indicated that neglect refers to a wide range of incidents. Those include serious injuries allegedly caused by neglect to leaving individuals alone for a short time, even though no physical harm resulted from the neglect.

Hartley wrote that even if allegations are not criminal in nature, DODD would "want an administrative investigation" to review the evidence in the case.

DODD maintains a public online 'abuser registry' that lists about 1,000 individuals who are not permitted to work with people who have developmental disabilities and receive services in Ohio.

Hundreds of the people identified on the registry were not prosecuted.

A death, but no charges

In February, the I-Team investigated the 2016 death of 21-year-old Maxwell Paul, another adult with developmental disabilities.

The Montgomery police incident report shows Paul's aide admitted using his body weight to hold Paul chest down on his bed for more than two hours to keep Paul from hurting himself.

A coroner's report shows Paul had a history of seizures. An autopsy concluded Paul suffocated because of the way he had been restrained. The aide told police he had used a "prone restraint" on Paul, which have been banned in Ohio since 2009.

In a written statement, Prosecutor Joe Deters' office said the Montgomery Police Department and Paul's family agreed with the decision to not file charges.

"This young man (Max's aide) has to live with it for the rest of his life," said Max's mother, Nina Paul. "To me that's punishment enough."

WCPO isn't naming the aide because he wasn't charged. The I-Team attempted to reach him through Facebook messages, messages left with his brother and a visit to a recent address used by the former aide, but he has not responded.

There are about 300 cases every year that "could potentially involve police" in Hamilton County, according to Jennie Flowers, the director of the major unusual incident department at Hamilton County Developmental Disabilties Services.

The I-Team's review of court cases in Hamilton County shows on average only a few people are prosecuted annually on charges of patient abuse and neglect.

"It's a trend that we've been concerned about for a while," said Sjoberg, who indicated the lack of prosecutions is a national issue.

Is better training the answer?

In February, the I-Team watched educators, social workers and police officers receive hands-on advanced forensic training designed to teach them how to communicate more effectively with victims who have developmental disabilities.

The training is developed and presented by Ohio nonprofit Adult Advocacy Centers.

AAC Executive Director Kathrine Yoder said the goal is to help investigators and advocates identify evidence needed to prosecute the people responsible for mistreating some of our most vulnerable residents.

"It's more about teaching us better ways to listen and to be able to take their communication and hear what they're saying," Yoder told the I-Team.

AAC, which is funded through grants provided by the Ohio Attorney General's Office, plans to develop 10 regional one-stop facilities for adult crime victims with disabilities.

The concept of a central facility for children needing these services has been used successfully for years, Yoder said, but Ohio will be the first state to develop the same approach for adults with developmental disabilities.

AAC hopes to open its first center in Columbus in 2021.