Prosecutions are rare when victims have developmental disabilities, experts say

No charges in death despite 'very strong case' 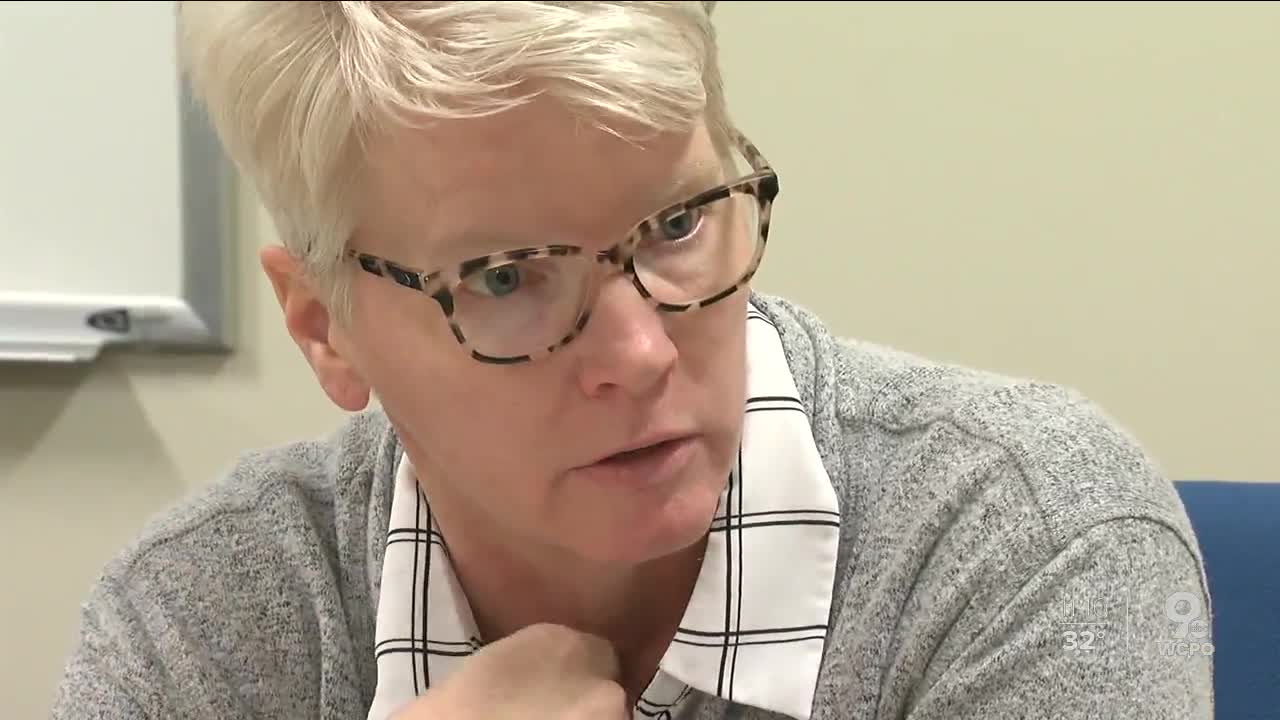 Alleged crimes against people with developmental disabilities are far less likely to be reported and prosecuted, according to numerous studies and organizations. Some victim advocates in our area are training to become better at interacting with people with disabilities in a legal setting, learning how to make a victim comfortable and share information in the way that makes the most sense to them. 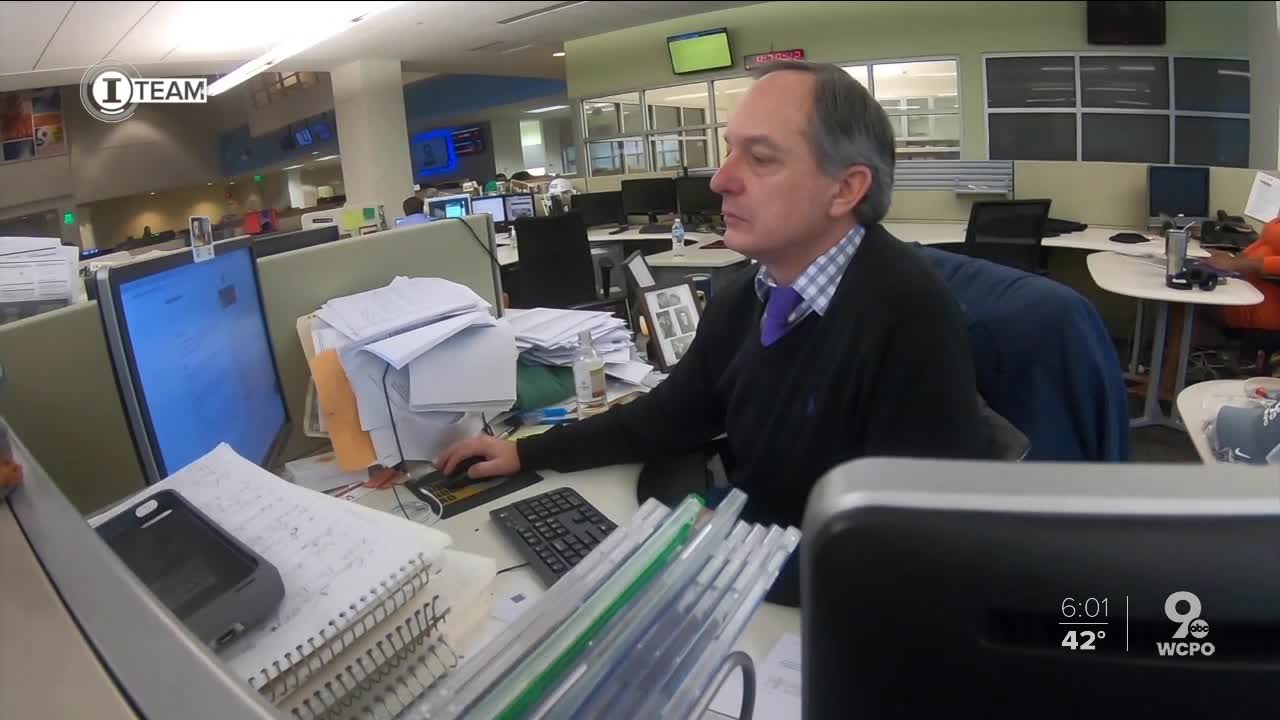 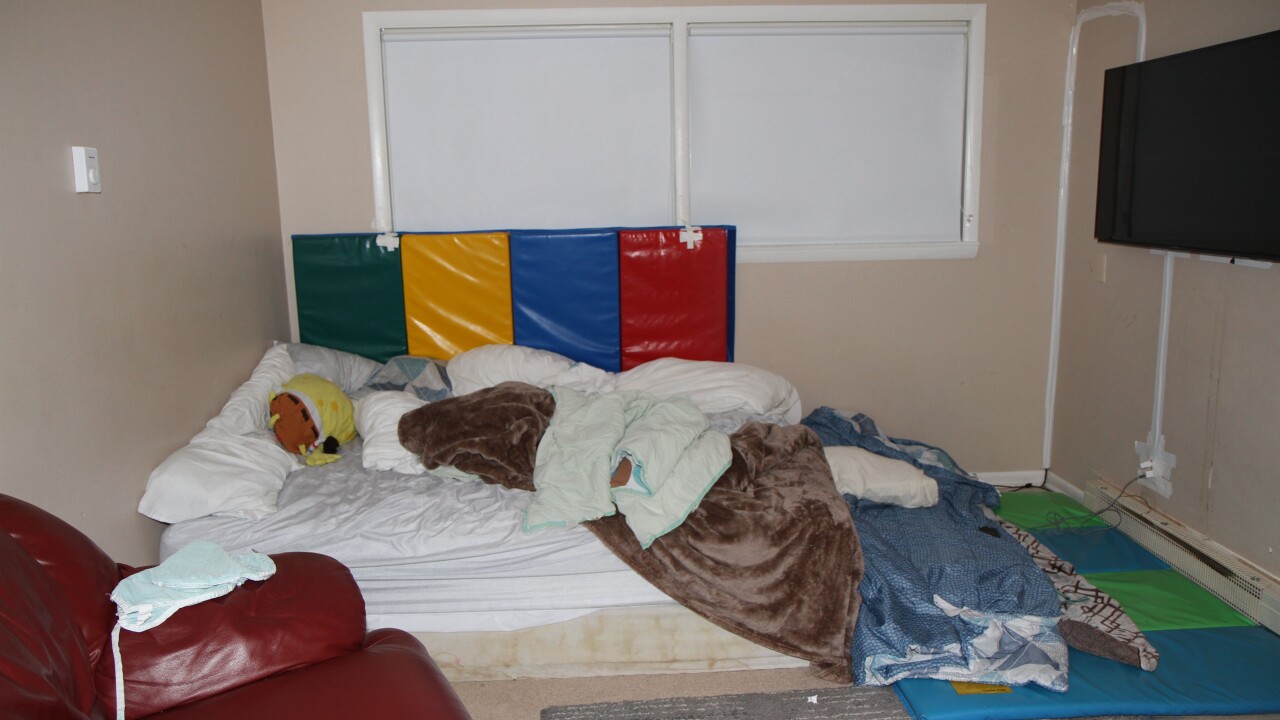 MONTGOMERY — Video recordings from cameras installed in the home of a man with physical and developmental disabilities show his personal aide lying on top of him and using his body weight to hold his chest down on his bed for more than two hours.

The aide told an officer he twice fell asleep on Paul, 21, during the early hours of March 28, 2016, according to a Montgomery police report.

Minutes after the aide woke up for the third time on top of Paul, he noticed Paul wasn't moving and appeared to not be breathing.

The kind of hold that Paul's aide used -- known as a prone restraint -- is illegal in Ohio because forcing people on their chests and holding them there for an extended period of time makes it harder for them to breathe. It also increases the risk of suffocation and death, according to studies WCPO reviewed.

The Hamilton County Coroner's office ruled Paul's death a homicide caused by "traumatic and positional asphyxia due to prone restraint by another lying across his body."

"It was a very, very strong case," said Katherine Yoder, a longtime advocate with the nonprofit group Disability Rights Ohio who reviewed evidence in the case. "It was very well investigated."

Paul's parents, Edward and Nina Paul, and Montgomery police agreed the case should not be prosecuted, according to a written statement provided by the office of Hamilton County Prosecuting Attorney Joe Deters.

"This young man (Max's aide) has to live with it for the rest of his life," Nina Paul told WCPO. "To me, that's punishment enough."

WCPO isn't naming the aide because he wasn't charged. The I-Team attempted to reach him through Facebook messages, messages left with his brother and a visit to a recent address, but he has not responded.

"I think that case definitely highlights some areas where there needs to be some improvement," Yoder said.

Alleged crimes against people with developmental disabilities are far less likely to be reported and prosecuted, according to numerous studies and organizations.

The WCPO I-Team learned about Max Paul's death because his former aide is named on the Abuser Registry published by the Ohio Department of Developmental Disabilities. The public list identifies nearly 1,000 people who are prohibited from working with individuals with developmental disabilities in Ohio. We ran all of those names in local courts databases, where we learned about Paul's case, along with many others.

These are "the folks we've identified as people who probably shouldn't be in our field," said Jennie Flowers, the director of the major unusual incident department at Hamilton County Developmental Disabilities Services.

Flowers told the I-Team that the Hamilton County DDS receives about 300 cases every year that "could potentially involve police."

The I-Team's review of court cases in Hamilton County shows on average only a few people are prosecuted annually on charges of patient abuse and neglect, a rate that Flowers and Yoder say is common across the country.

In 2018, Yoder filed an affidavit in the Hamilton County Court of Common Pleas asking a judge to issue a warrant for the arrest of Paul's personal aide and that a special prosecutor be appointed to handle the case.

"We had exhausted all of our options as far as taking the case forward," Yoder said. "It was just one of those cases that you knew when it was over it wasn't going to be brought up again."

Judge Ethna Cooper denied Yoder's requests and referred the case back to the Hamilton County Prosecuting Attorney, which doesn't plan to file charges.

"We've got a long way to go, but don't get me wrong, we've come a long way," Flowers said. "We are more successful today than we've ever been with getting the police involved and getting them at least heard at grand jury and getting the prosecutor to at least acknowledge the case."

Flowers and Yoder said many cases involving victims with developmental disabilities are complicated and require investigators to gather critical details from victims who may be incapable of communicating in ways that most investigators can understand.

Yoder told WCPO her experiences with investigations, interviews and services for special needs victims prompted her to pursue a different approach.

In 2019, she became the executive director of Adult Advocacy Centers, a nonprofit planning to develop 10 regional one-stop facilities for adult crime victims with disabilities in Ohio.

According to the AAC website, each center will provide "space and coordination for a multi-disciplinary team" that includes law enforcement, prosecutors, medical staff and representatives from every state agency focusing on disabilities, among others. The group receives funding from the Ohio Attorney General's Office through the Victims of Crime Act, also known as VOCA, and the first center is expected to be ready to serve clients in the Columbus area in 2021.

The I-Team watched part of AAC's training in January at the Hamilton County DDS building. The group exercises are designed to develop the communication skills of people who interview individuals with developmental disabilities. The participants, including Jennie Flowers, took turns playing the roles of interviewers and victims with special needs.

After the interviews, the group discussed what seemed to work and why it was successful, and how the interviewer could have been more effective. Flowers said it was awesome, while Yoder noted the training isn't focused on helping victims with disabilities find their voice.

"It's more about teaching us better ways to listen and to be able to take their communication and hear what they're saying," Yoder said.

The concept of a central facility for children needing these services has been used successfully for years, Yoder said, but Ohio will be the first state to develop the same approach for adults with developmental disabilities.

The issues raised in Yoder's unsuccessful request for a special prosecutor in the Paul case prompted the I-Team to ask more questions about what happened, how it happened, the type of care Paul received and who was responsible for that care.

Paul had a history of "seizures, self-injurious behavior and explosive personality disorder," according to the Hamilton County Coroner's report. Paul's former aide told Montgomery police that he lay on top of Paul to get him under control and keep him from hurting himself.

Officer Patrick Giblin reported that the aide said he used the prone restraint prohibited by Ohio state law on Paul because it made it "easier" to control him. In Giblin's report, the aide is quoted as saying he had received "some" training in controlling Paul.

The aide told Giblin he fell asleep twice on Paul while lying on top of him and that he was halfway through his second consecutive shift with Paul when he dozed off. The aide's younger brother was on duty at the same time, and told police he was sleeping in a second bedroom at the time of the incident. The younger brother told police he had no medical training and no formal training in restraining a patient.

The brothers worked for Maximum Homecare, whose CEO, Samu-El Fowler, was a former high school football teammate to the two aides.

"It's kind of a sensitive topic," Fowler told WCPO, but he declined to answer questions about the company or the training provided to employees who worked with Paul.

So, the I-Team tried a different tack: to get more information from Maximum Homecare's owner.

According to company records filed with the Ohio Secretary of State, the owner is Nina Paul.

"It's not something we want to talk about," she told WCPO.