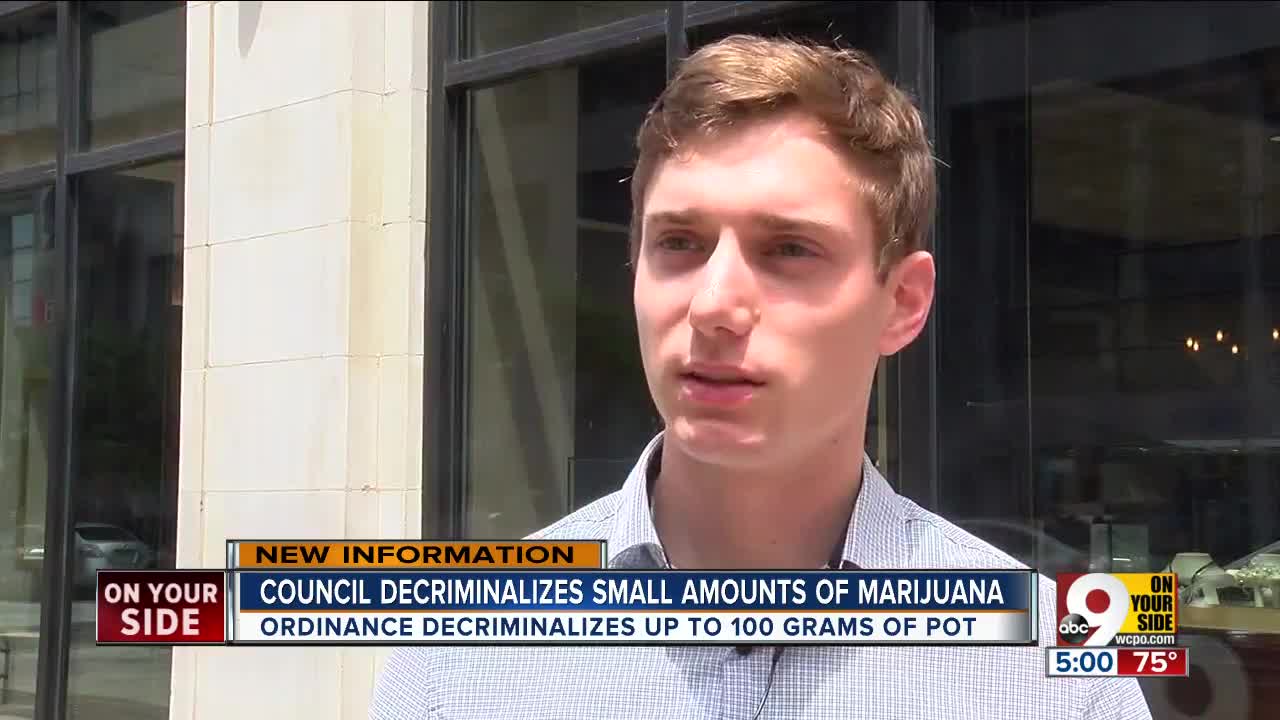 City Council ruled today that anyone of any age should be able to freely carry up to 100 grams of marijuana without facing fines or jail time. 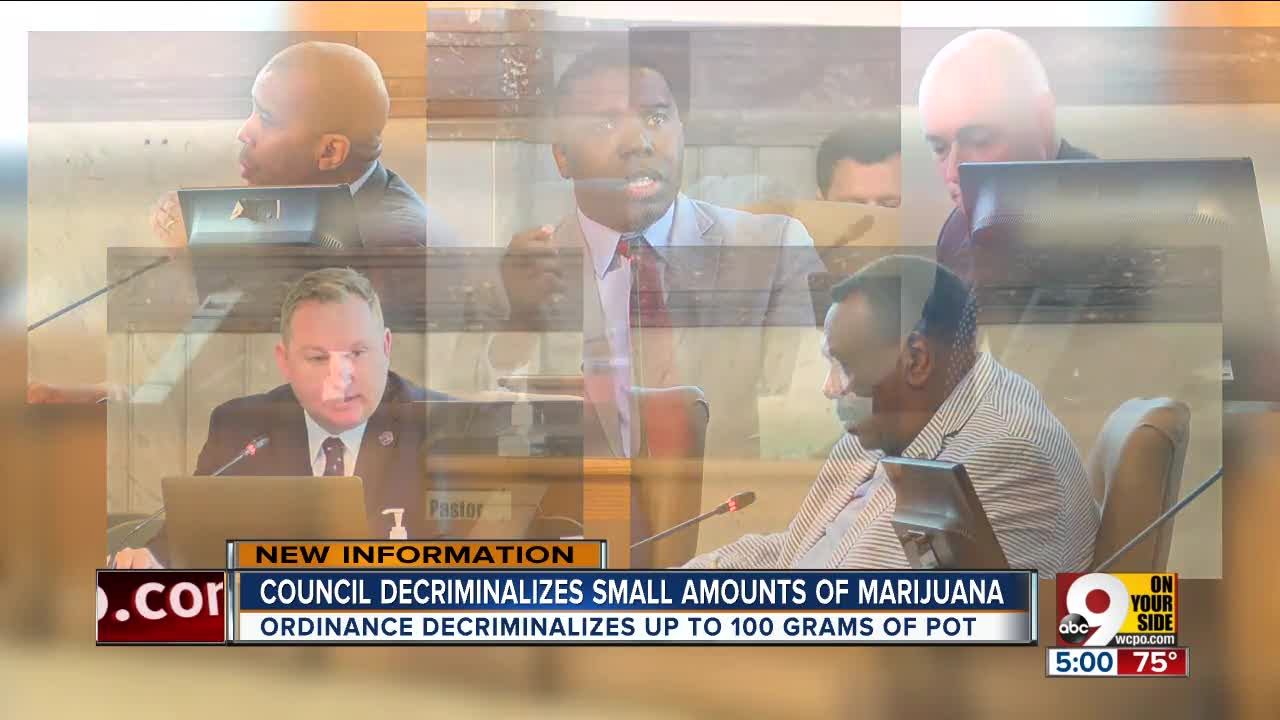 The ordinance — proposed by Jeff Pastor and Vice Mayor Christopher Smitherman — allows people to freely possess 100 grams (3.53 ounces) with no age limit as long as they're within the city boundaries. It bans marijuana use in public.

The ordinance goes into effect in 30 days.

William Bell, 39, of Downtown. was alarmed by the notion that it was OK to have 100 grams of pot on your person.

"I don’t like that. I don’t think that’s right," Bell said. "I’ve got two kids of my own and I wouldn’t want them to have access to marijuana.”

Reid Powers, 25, of Clifton, also expressed concern but said he suspects most Cincinnatians favored the ordinance.

“One hundred seems like more than what would be needed for personal use, so I'm slightly concerned about trafficking if that’s easier to get away with now that 100 grams is legal," Powers said.

“I think City Council passing the ordinance shows that they’re keeping up with popular opinion of the city. Most people want to see marijuana decriminalized if not outright made legal.”

Leah Elkins said society should have a different priority when it comes to punishing people.

“I think it’s a good thing because now they can put the real criminals in jail and free up some space in the jails,” said Elkins, 54, who works Downtown.

David Mann, Tamaya Dennard and Amy Murray voted against it.

P.G. Sittenfeld was not at Wednesday’s meeting. He was at his wife's side when she gave birth to their first child overnight.

Before the vote, Mann said council was "making a big mistake." Mann, who introduced his own proposal limiting the amount to just one ounce — said he couldn’t support the ordinance based on the amount and lack of an age restriction.

“This says it's OK if you're 12 years old in Cincinnati to possess 100 grams of marijuana,” Mann said. “Why on earth are we doing that? That doesn't make any sense to me.”

Mann said he requested to hold the vote on his proposal until all nine council members were present.

Dennard said she’s in favor of decriminalizing marijuana but wouldn't vote "yes" until there is a clear path for expunging the records of people who have been punished for possessing smaller amounts of marijuana in the past.

“I understand what we’re working on, but I can’t move forward and decriminalize this,” she said. “I’m concerned about black men moving forward, yes, but also black men and black people who have already been impacted by this.”

Expungement is the next objective, Pastor said.

“So 86% of those arrested for marijuana possession are African Americans, we’re going to continue to work on expungement for those who have already been charged previously,” Pastor said.

Young, another supporter, said the ordinance is “an opportunity to liberate some people.”

“People who are in every way we can think of as law-abiding have a vice,” Young said. “They smoke marijuana. That happens to be illegal.”

Landsman, who supported the ordinance, said “it’s about time,” but did question what will happen to young people found to be in possession.