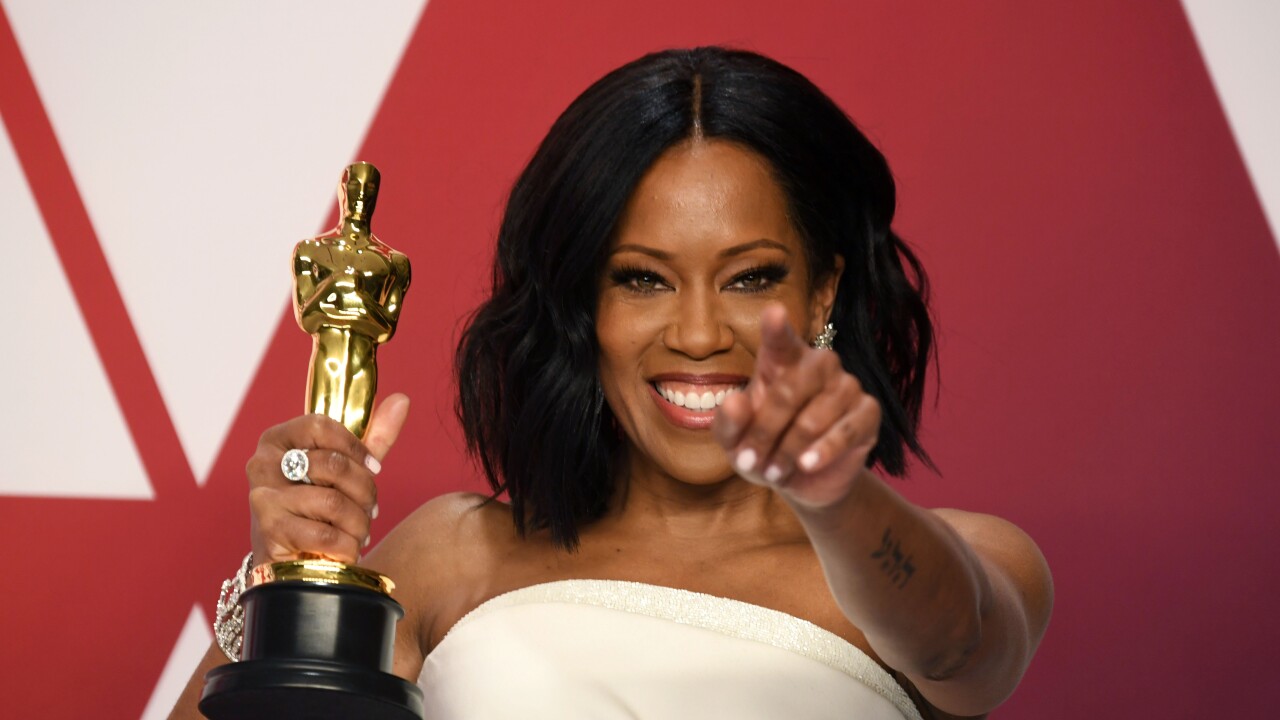 King took home an even bigger trophy Feb. 24, when she won the Academy Award for Best Supporting Actress for her performance in the dreamy, gently tragic “If Beale Street Could Talk.” Darby was beside her at the Dolby Theater when presenter Maya Rudolph called her name.

“She was more anxious than I usually see her,” Darby said of the lead-up to the ceremony. When King’s name was called, “it was just like a super ‘Amen!’ moment.”

After a kiss on the cheek and some help straightening the train of her dress, King was onstage thanking a long list of supporters and collaborators — Darby foremost among them.

“I am an example of what it looks like when support and love is poured into someone,” King told the crowd. “Mom, I love you so much. Thank you for teaching me that God is leaning, always has been leaning in my direction.”

And then she added a phrase she knew only her mother might understand: “Gimosas.”

It’s actually an acronym, Darby explained. GIMOSAS: God is my only source and supply. She taught the young King to use it as an all-purpose prayer.

It was strength enough for King to attain the most sought-after honor in show business. Darby had one thought as she watched King accept the award, she said: “It means that I’ve done something really, really well.”