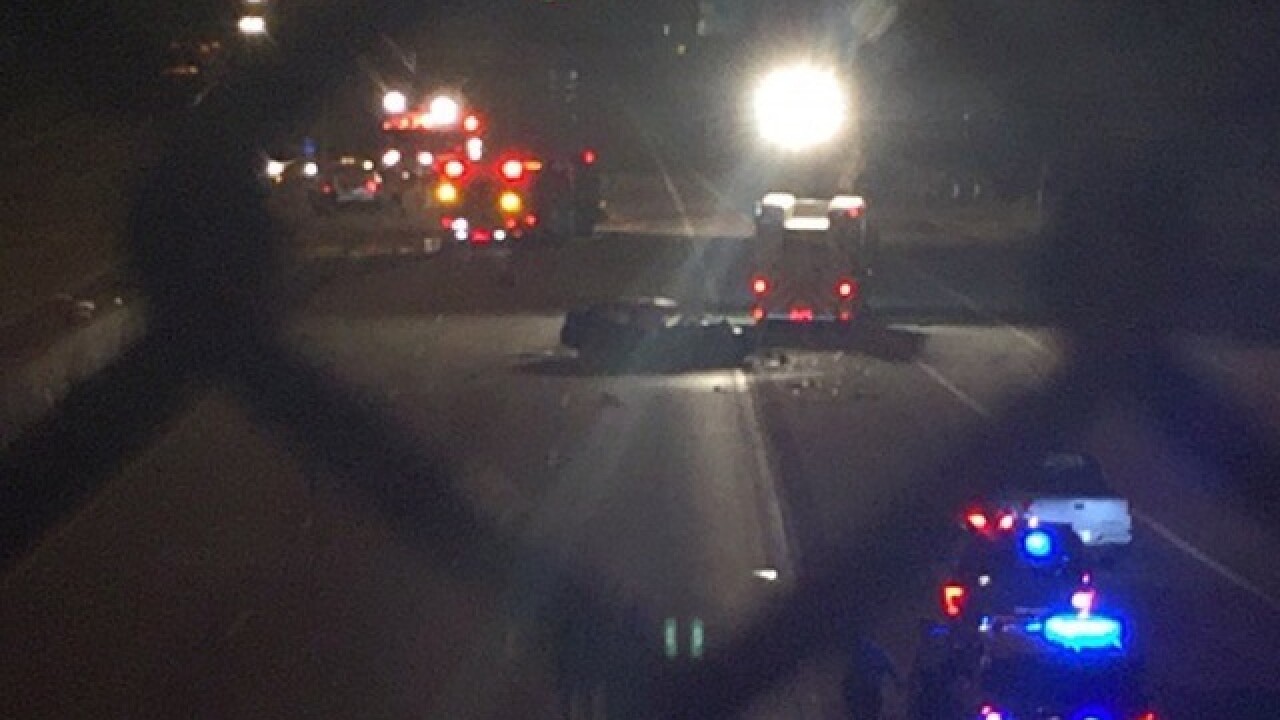 The vehicles collided head-on along westbound I-275 near state Route 747 at about 2:45 a.m., according to Springdale Police Lt. Michael Ott. The Rumpke truck then caught fire.

Michelle Strack, driving the other vehicle, went to University of Cincinnati Medical Center with serious injuries. It is unclear at this time why Strack was driving on the wrong side of the highway.

Taryn Chin, 22, of Cincinnati, was driving a minivan northbound in the southbound lanes of I-71 when she struck and killed 47-year-old Jose Arenas Perez in February. Police found her blood alcohol level was above the legal limit.

Two months later, three people were killed when 30-year-old Kory Wilson made a U-turn on I-75 and drove towards oncoming traffic. Several vehicles avoided him until he crashed head-on, killing himself and a Fairfield couple, Nazih Shteiwi, 61, and his wife, Halla Odeh Shteiwi, 55, in a horrific high-speed collision.

RELATED: Driver who caused wrong-way crash on I-75 made U-turn and headed into traffic, police say

On May 31, Kayla Chenault, 23, drove the wrong way on I-275 EB at Mosteller Road when she struck a white box truck, injuring 38-year-old Derrick Beverly. Both drivers were taken to University Hospital. Police say alcohol was a factor in the crash.

Some states have installed warning systems along highways that notify police and put messages on traffic boards if a driver starts going the wrong way.

The state of Ohio said putting spike strips on interstate ramps is not an option.

Saturday’s crash closed westbound I-275 at Interstate 75 for several hours while they investigated.

"Our hearts go out to those who were touched by this morning's accident. We will keep them in our thoughts and prayers," Amanda Pratt, Rumpke director of communications, said in a
statement.