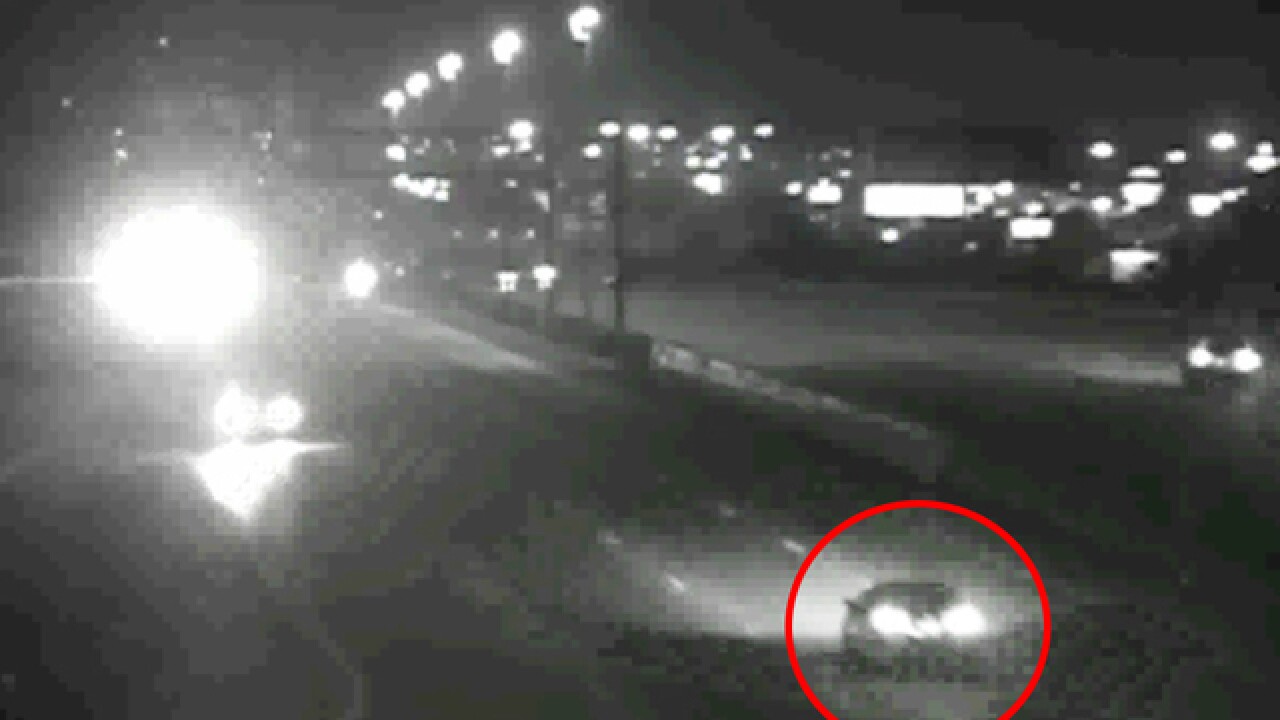 SPRINGDALE, Ohio -- WCPO obtained two videos Monday that show the moments leading up to a wrong-way crash that injured two people on I-275.

The Ohio Department of Transportation released the videos after WCPO issued a request.

Springdale police said the driver going the wrong way on the highway crashed into a Rumpke truck early Saturday morning. The vehicles collided head-on along westbound I-275 near state Route 747 at about 2:45 a.m., according to Springdale Police Lt. Michael Ott. The Rumpke truck then caught fire.

Michelle Strack, driving the other vehicle, went to University of Cincinnati Medical Center with serious injuries. It is unclear at this time why Strack was driving on the wrong side of the highway.

Some states have installed warning systems along highways that notify police and put messages on traffic boards if a driver starts going the wrong way. The state of Ohio said putting spike strips on interstate ramps is not an option.

Saturday’s crash closed westbound I-275 at I-75 for several hours while crews investigated.