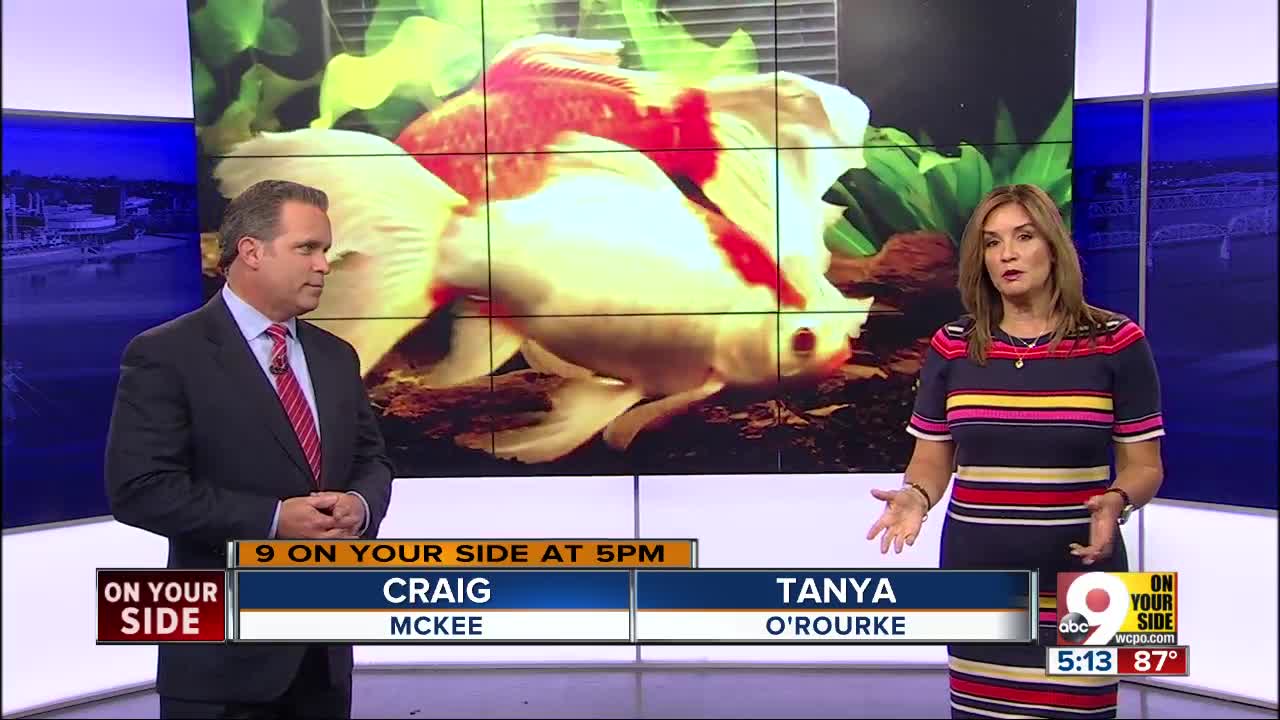 The popular event lets kids jump into a pool with around 1,000 goldfish to attempt to catch them to bring home as pets. 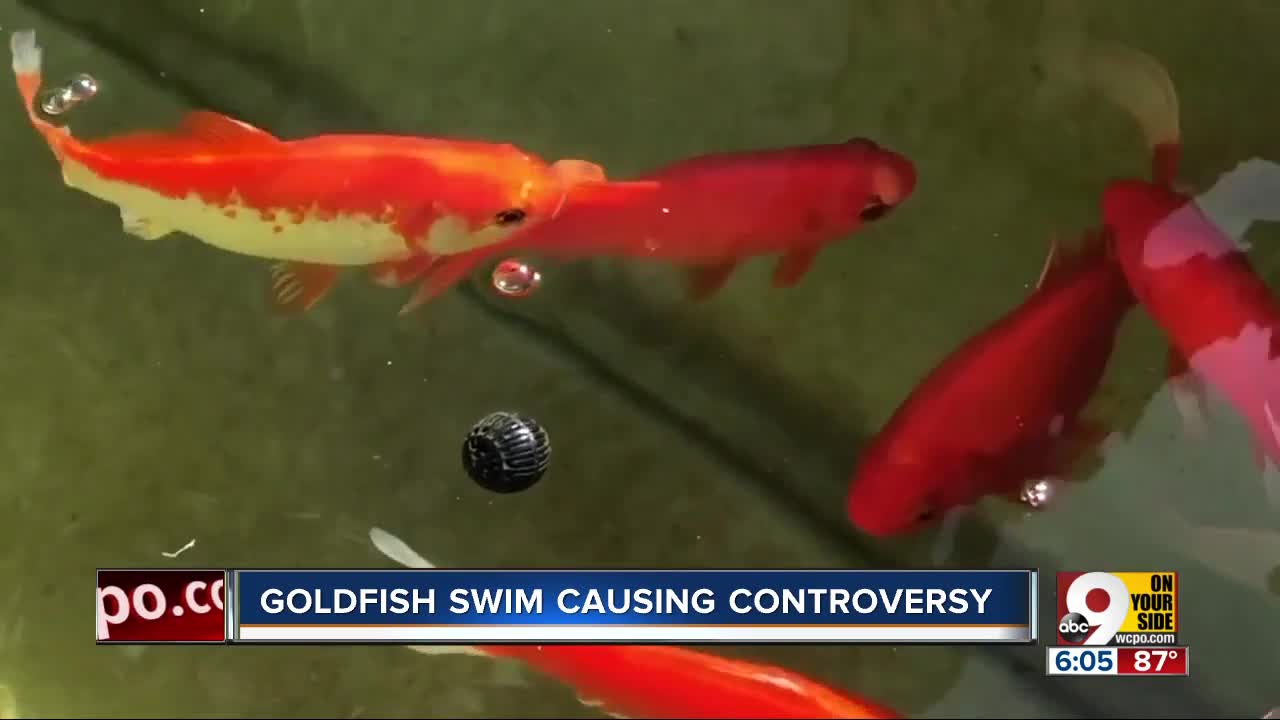 SPRINGDALE, Ohio — The annual goldfish swim in Springdale is suddenly facing a wave of criticism this year. The decades-old tradition recently came under fire after the city posted a flyer for the event on Facebook.

As of the writing of this article, the post has more than 3,500 comments, many debating whether the event is humane to the goldfish involved.

"A life is a life. Period," said Daryl Meyerrenke, owner of the Anderson Township Family Pet Center. "Be it a goldfish, a dog, a cat, human being."

This sentiment is echoed in the thousands of comments on the event's Facebook post, with many others disagreeing that the tradition significantly causes harm to the fish.

Many commenters have pointed out that goldfish are freshwater fish, and putting them into a pool treated with chlorine could hurt or kill the animals. WCPO reached out to the city of Springdale about the event, and what the city does to make the event safe for animals, but haven't heard back yet.

"The bigger concern would be the handling of the fish," said Meyerrenke. "The young children—how hard do you hold a fish? I suppose if they wanted to make it a little bit safer they’d have all the kids running around with nets trying to catch the fish.”

He added that all fish have a protective layer of slime that shields them from infections. That layer can come off easily if a fish is handled with dry hands, and it can still be damaged with wet hands.

The Pet Industry Joint Advisory Council out of Washington DC has also railed against the event, stating it "will unnecessarily threaten the health of over 1,000 goldfish and send a dangerous message to adults and children." The group recommends swapping the goldfish out for ping pong balls, or something else the kids can catch.