Adults can still apply, too 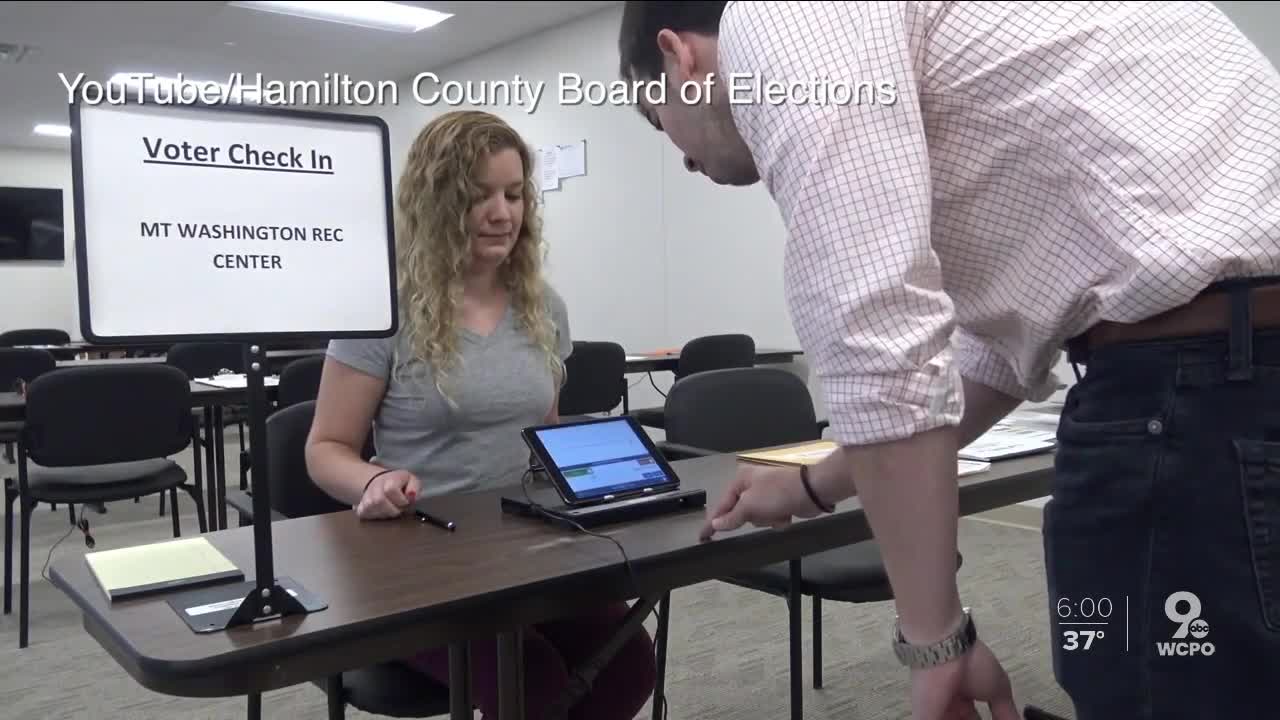 Hamilton County is short 400 poll workers foer the March 17 Ohio primary so the Board of Elections training high school kids to do it.

When you go to vote in the March 17 Ohio Primary, some of the workers at your polling place may be teens who are too young to vote.

Hamilton County is short 400 workers and the board of elections is recruiting 17-year-old high school students to fill the void.

Nic Giog and Alexandra Nelson were eager to answer the call.

"Anything I can do to take an extra step further and get more involved is awesome to me, and the getting out of school is cool too," said Giog, a junior at McNicholas.

"It's something I'd definitely be interested in doing," said Nelson, a Walnut Hills junior.

They were in a group of 17-year-olds in the Cincinnati Museum Center Youth Program getting a Powerpoint sales pitch from the county.

Poll workers get $181, 18 hours community service credit and primary day off. That goes for high schoolers and grownups alike.

Hamilton County is short 230 Republicans and 170 Democrats to cover every polling place with an even number of workers from both parties.

"It's critically important to have the correct number of poll workers so we can reduce any lines that may occur on Election Day,” said Sherry Poland, director of the Hamilton County Board of Elections.

“The youth are a very important part of that … because they're so familiar with our electronic poll books, which they're essentially iPads which the voters use to check in to vote."

Besides the money and day off from school, Nelson and Giog said they are attracted by the opportunity to learn more about the election process.

"I don't really know the process and being able to vote and how it kind of works, and so I feel like if I was able to work the polls I'd be better able to understand what to do when I am able to vote," Nelson said.

Poland said Ohio law allows 17-year-old to work the polls, and hundreds of teens have helped with past elections, including her daughter.

Usually several school districts send students, but for some, this year's primary falls on spring break.