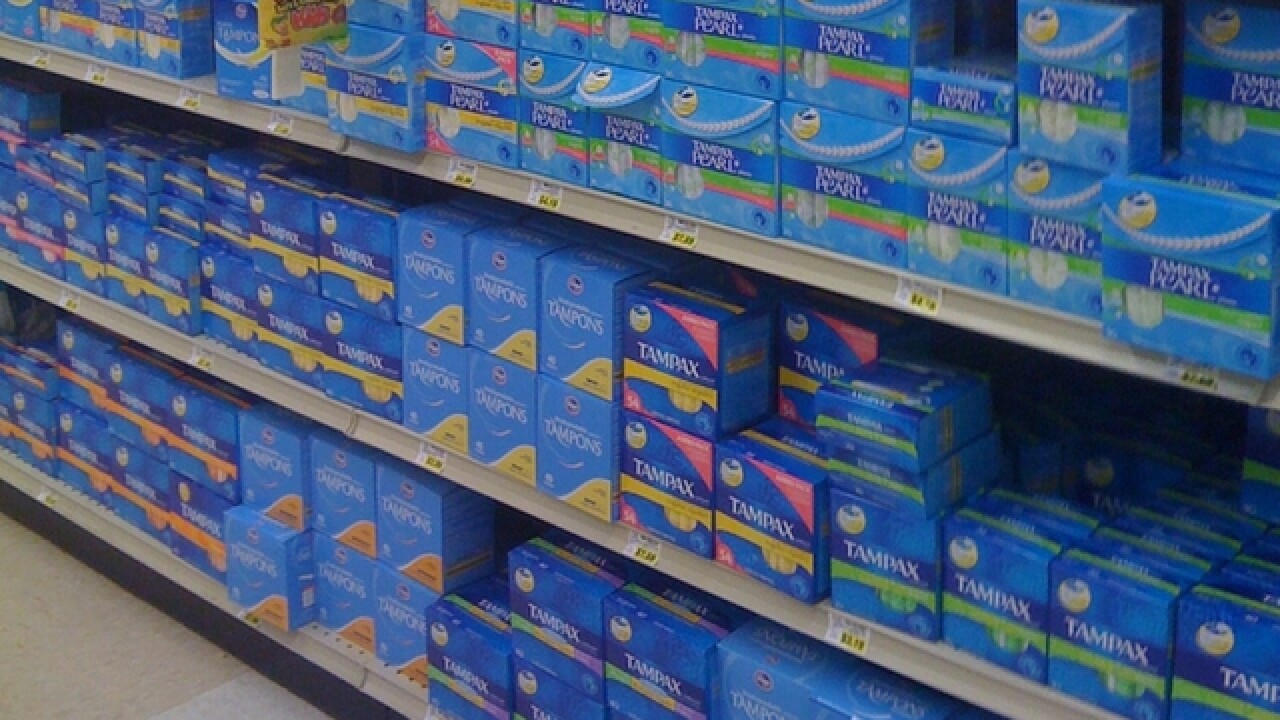 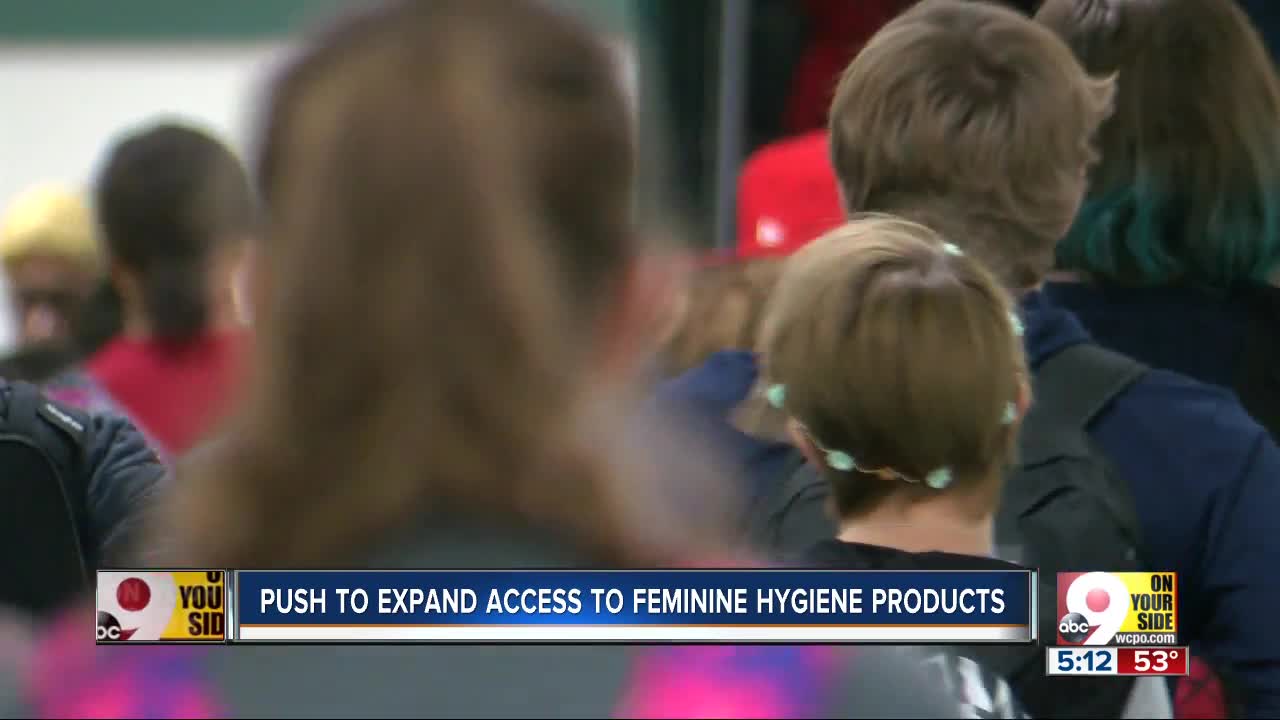 CINCINNATI — After a year of studying women’s issues, the Hamilton County Commission on Women and Girls has prepared a list of ways the county can make the community better for women.

Among their resolutions is a simple idea: putting free menstrual products like pads and tampons in all Cincinnati Public Schools restrooms.

“A lot of schools already have them in their nurse’s office, but they’re not equally accessible in the restrooms, and that’s the easiest way for people to be able to access them,” said Jillian Teeters, a Mariemont High School student who helped draft the commission’s recommendation.

Teeters says a lack of access can lead to overuse of menstrual products, increasing the risk of cervical cancer and deadly toxic shock syndrome.

And Jenny Hu of Seven Hills School noted that period symptoms can even make it difficult to come to school at all.

"There's a surprising number of girls that have to miss school because of their periods," she said.

Teeters said their resolution would address a prevalent health crisis while providing a solution to an incredibly common problem for students. Though the products are available in nurse's offices, students often reach out to one another for help.

“We send out a mass group text to basically every girl in my grade in which you ask, 'Does anyone have anything?' And then it’s whoever is in the closest classroom that can leave class and can come bring you one. Which is a great sense of community, I guess, but also horrible that we have to crowdsource for something so basic and necessary,” Teeters said.

The resolution would make feminine hygiene products available “quickly, easily" and "whenever they need to access them," Teeters said.

“Having the ability to have your own products in the bathrooms at your school is a lot less of a blow to your self-esteem,” Stern said.

The three received positive feedback after presenting the idea to CPS in October.

“They seemed really excited about it, actually, and they mentioned that they were already starting to look into implementing what we suggested," Hu said.

And they hope by starting with CPS, their initiative could soon go county-wide.

CPS Board Member Mike Moroski said he believes it would help students to offer the products free in "the least restrictive environment."

"We provide them in our high schools, but I think, as we know, that’s not really cutting it. There are some girls in our K-8 schools or our K-6 schools that need these products. And so we’re trying to make sure every one of our schools have these feminine hygiene products available," Moroski said.

In addition to free products in schools, the Hamilton County Commission on Women and Girls will recommend initiatives to boost pay equity, promote gender balance, raise awareness for affordable housing and train first responders in how to help victims of domestic or dating violence.

All of these resolutions will be presented at Thursday night’s board of commissioners meeting, and Commission President Denise Driehaus is confident they will be adopted.

“We need to promote women and girls in the community and make sure we have safe spaces and spaces where women and girls can grow and move into leadership roles and prompt that for one another,” said Driehaus, who launched the Commission on Women and Girls in 2017.

And Jennifer Moore, a member of the Commission on Women and Girls, said the resolutions help address a wide range of issues that uniquely affect women young and old.

“I would say right now in our country, we’re at a pivotal moment where women and girls are stepping up in a lot of different ways,” she said. “And they want their seat at the table, they want their voices heard.”