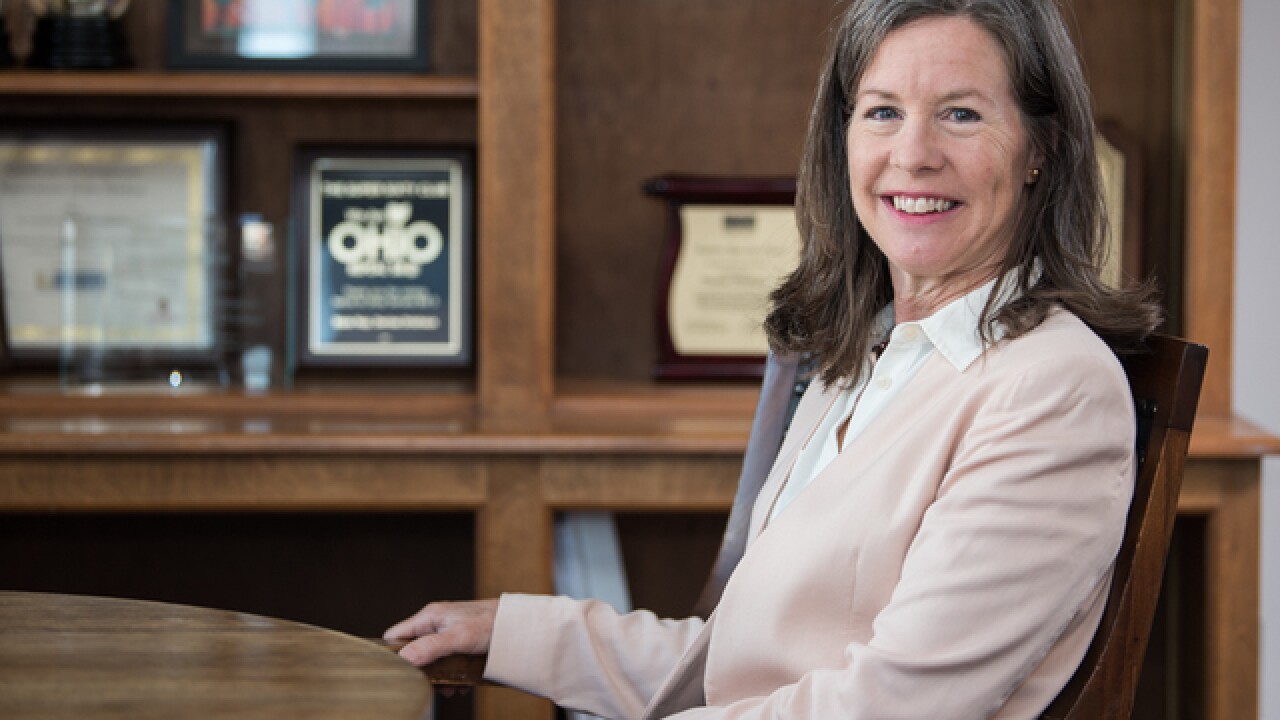 CINCINNATI -- It had been 25 years since a woman served on Hamilton County’s Board of Commissioners.

That changed on Jan. 5, when Denise Driehaus took office, becoming only the second woman to serve on the county board.

Now, she’s working to make sure it doesn’t take another 25 years for the next woman to be elected to the job. This summer, Driehaus hopes to launch the county’s first Women and Girls Commission.

The group will take up issues such as gender pay disparity and encouraging women to take on leadership roles. The council, which will include 20 young girls and women, should begin meeting in the coming months.

“This council is about promoting women and girls, both in the larger scheme – which is stuff like pay equity – but it’s also the little stuff: How do we empower girls to view themselves as leaders in the business community, in elected office,” Driehaus said.

‘It took a woman with a daughter’

Driehaus knows what it’s like for a woman to navigate a male-dominated profession.

Twenty years ago, she was a mom trying to watch her daughter play softball and frustrated that Knothole Baseball got priority to play in the city’s parks – leaving the girl’s softball teams to steal time on vacant fields.

Driehaus, who at that time sat on the Cincinnati Recreation Commission, saw to it that the longstanding tradition was changed.

“Imagine these older guys saying, ‘That’s just the way we do it,’” Driehaus recalled. “It took a woman with a daughter to say, ‘This isn’t fair.’”

Last fall, she became only the second woman to ever be elected to the commission in its 226-year history.

The council, she hopes, will encourage more girls to consider and pursue leadership positions. Men, she said, tend to be more aggressive about pursuing running for office. Women, she finds, are hesitant to do so unless someone pushes them to run.

“I did it to myself years ago: 'I’m not qualified. I don’t have the experience.' We need to be asked,” Driehaus said. “We need to get out of that space, and say, ‘I am capable, I am confident.’”

Women of all ages – from grade school girls to some of the city’s female business leaders – will be represented in the group.

She wants to hear directly from them, too, and find out what discourages girls from running for office or what type of mentoring would be helpful.

“We’re not only going to inform the council by what we know and have experienced, but we’re going to listen to the girls,” Driehaus said. “Who listens to girls? Who listens to kids, in general? Our tendency is to create policy that reacts to what we think we know.”

Driehaus pointed out that women continue to be underrepresented at every level of government.

She and Coroner Lakshmi Sammarco are the only women to hold office in the county’s 10 elected seats. On Cincinnati City Council only two women – Democrat Yvette Simpson and Republican Amy Murray – hold a seat.

Driehaus, Murray, and Simpson all said it’s not uncommon for them to be the only woman in a crowded room of men at events. And, if there’s another woman there, it’s usually one of the three of them.

“I’m the only woman running for re-election in the city of Cincinnati,” Murray said. “That seems amazing to me that we don’t have more women running for those offices.”

Even though they’re on opposite ends of the political spectrum, Simpson and Murray have forged a special relationship.

“We jokingly call ourselves the Women’s Caucus,” Simpson, who is also running for mayor, said. “Amy and I immediately had an understanding: OK, girls are watching us, we’re going to work well together. We’re going to support each other and have each other’s backs.”

With so few women in high-power roles, Driehaus worries girls might not think they’re cut out for a leadership job. That’s one of the problems she hopes her Women and Girls Council, which will be a fusion of young girls and influential local leaders, can help crack.

'What's their point of view?'

This council will aim to get things done.

Similar councils across the country have pushed for real policy changes, according to research the Women’s Fund of Greater Cincinnati conducted.

In New York, for example, sex trafficking laws were changed because of a women’s council while a similar council in Chattanooga sought to change an old law that allowed domestic violence victims to be pushed out of their homes.

“There’s some really basic principles that come through these women and girls councils,” said Meghan Cummings, the executive director of the Women’s Fund.

With the council, Driehaus wants to push for a wage study of county employees to see if there’s a disparity in what women earn compared to their male counterparts. A local college, she hopes, will analyze the county’s data.

“We can’t talk about pay equity if we’re not doing it ourselves,” Driehaus said.

Eventually, she would like for the county to back a broader gender pay study of jobs across the county.

Those studies might not only help public employees earn fair wages, but also women across the county. That research could arm women with more evidence about pay disparities before they have a salary conversation with their bosses, Cummings said. The Women’s Fund released a pay study last month of the region.

“We hope it inspires other government entities and other corporations to take a look at their own data,” Cummings said.

Driehaus also wants to see more women appointed to the dozens of citizen-led boards the county oversees. Those range from a Tax Levy Review Committee, which recommends what countywide levies should look like before they go to the ballot, to the Southwest Ohio Regional Transit Authority board.

After all, it’s on one of those citizen-led boards – the recreation commission – where Driehaus got her start in politics more than 20 years ago.

“Appointing women to these boards and committees is really important,” Driehaus said. “It’s not only a launching pad, it’s also: What is their point of view on this?”