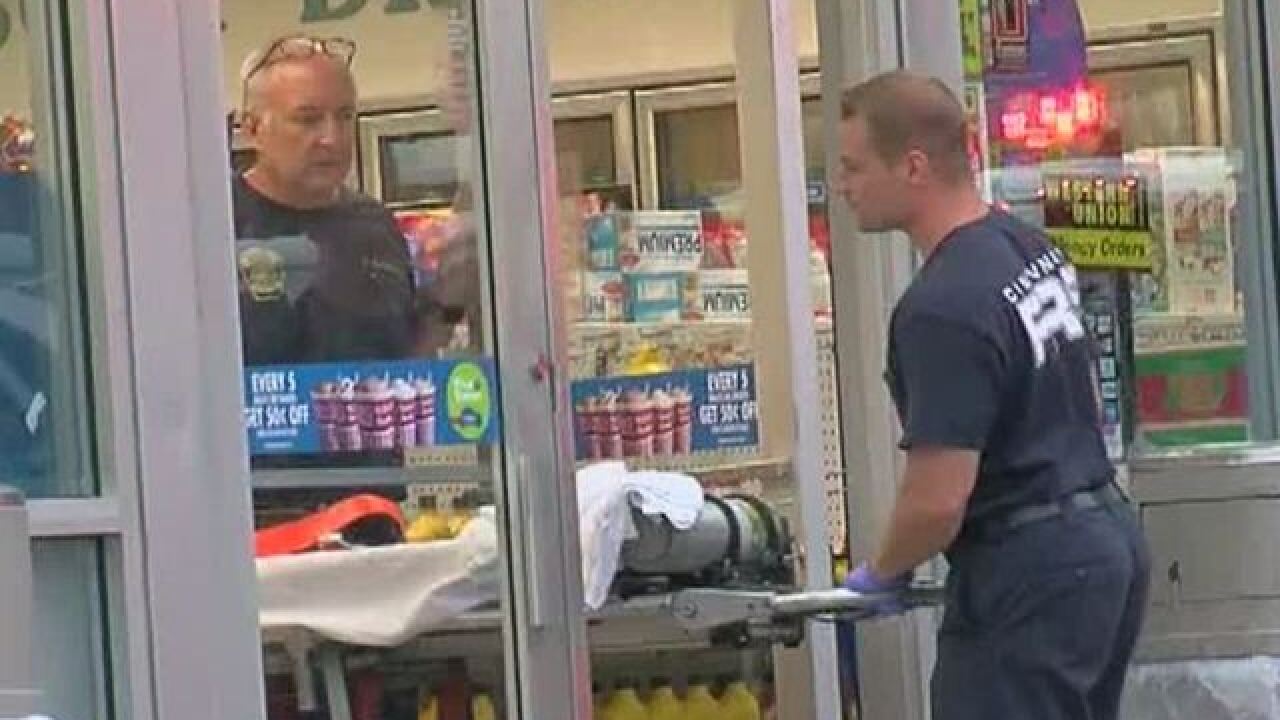 <p>First responders help someone who has overdosed at a convenience store in Cincinnati. (File photo)</p> NORWOOD, Ohio -- NORWOOD, Ohio -- The parking lot at Norwood Plaza was filled with singing, dancing and sharing Friday night as community members came together to support those who may need it most: people whose lives have been touched by heroin addiction.

Hope Over Heroin, a collaborative effort by pastors from Ohio and Kentucky, held the first of two weekend rallies Friday in Norwood. Volunteers, members of the community and residents who have struggled with addiction all turned out to attend the event and offer help to one another.

The idea behind Hope Over Heroin to create a safe space and positive environment in a community gripped by the heroin epidemic. It’s something that’s sorely needed this week in Hamilton County, where more than 80 overdoses and three deaths were reported between Tuesday and Thursday.

WATCH our report on this week's terrifying overdose spike

"It's terrible to see young people like this come out of that place back there and fall on the concrete and stuff and they're going to lose their life," said Gary Thomas, a witness at the scene of an overdose Thursday night in Lower Price Hill. "One of these days, they're going to go too far and it's not going to come back.”

“I was always in bathrooms,” she said of her life before recovery. “Everywhere I went, I was alone. I had no real friends, no job. I didn’t even have my kids. I definitely wasn’t a mother.”

Isaac described a cycle of addiction that claimed many of her friends' lives and drove her to a truly dark place. For her, hope arrived in an unexpected guise: jail time. When she got out, she went to rehab and made a definitive recovery. At the rally Friday, Isaac memorialized her friends and emphasized the role her faith had in helping her beat her addiction.

“I did not want to be a hopeless dope fiend my whole life,” she said. “Now I’m a dopeless hope friend."

For those who have already lost their lives to heroin, the only thing left to do is honor their memories and work harder to stamp out addiction. But for those who are still alive and struggling, no matter how difficult it may seem, there is always hope.

Jon Hollon, who also attended the rally, finished rehab just a week before.

“I achieved something in life that most people may never be able to achieve, but I hope they do,” he said. “I was at my bottom, and I wanted to do it."

A prayer march and memorial through the streets of Norwood is scheduled for 5 p.m. Saturday, and Hope Over Heroin will take its tour to Brookville, Indiana, on Sept. 9 and 10.

RELATED: See WCPO's special coverage of the heroin epidemic in the Tri-State.