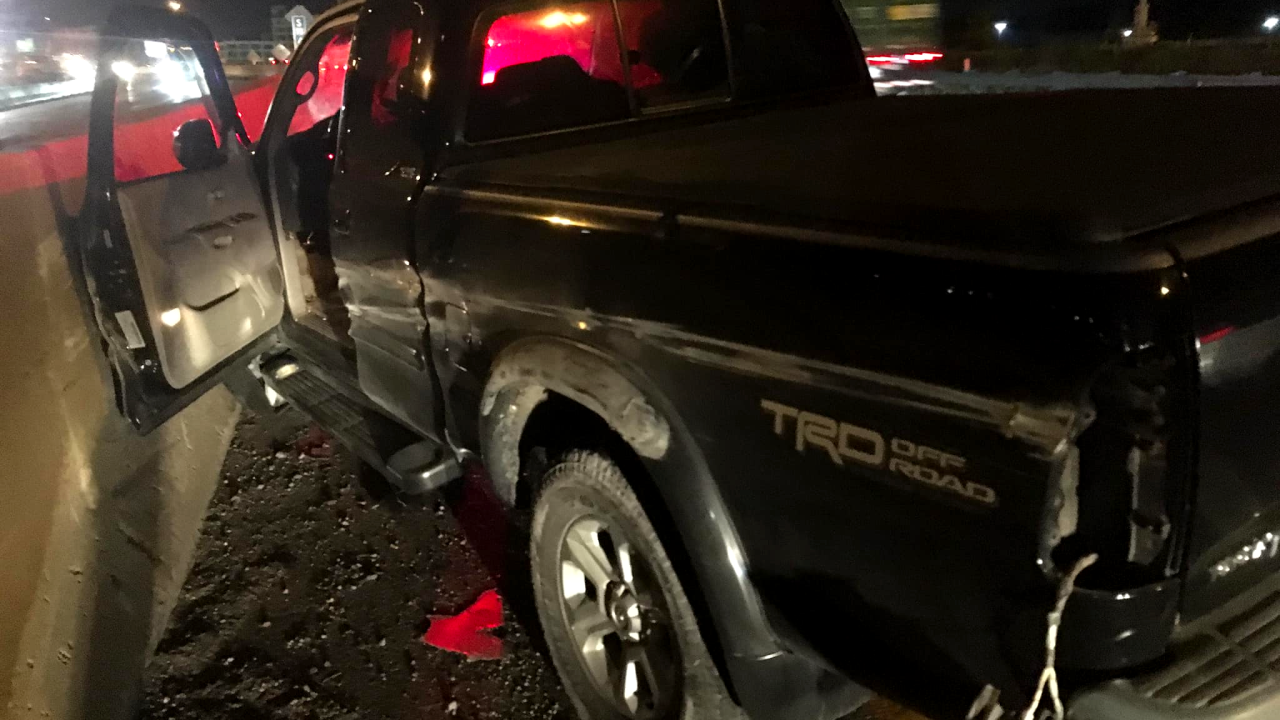 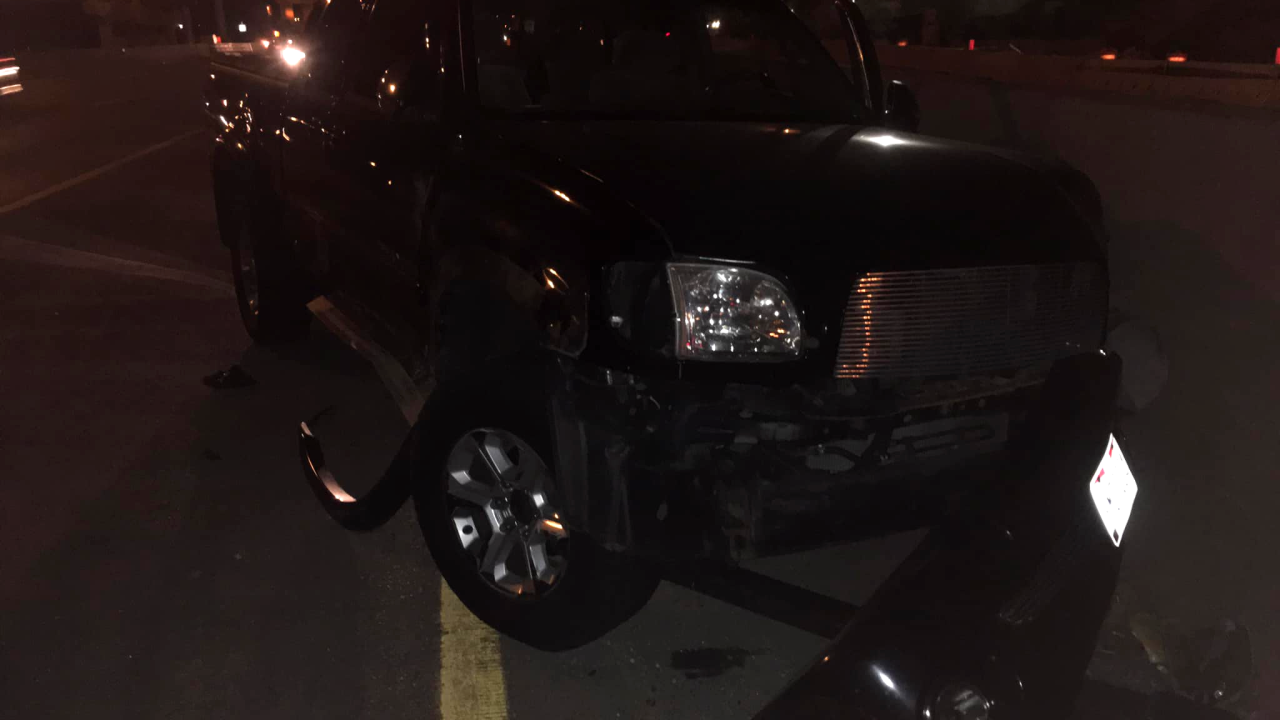 NORWOOD, Ohio — A Wednesday night crash on I-75 launched Pastor Vince Marquis’s pickup into the air “like a ‘Dukes of Hazzard’ episode,” he wrote on his Facebook page Thursday. He was as amazed as anyone to walk away in one piece.

"When something like that happens, mortality and eternity and all that comes into very sharp view,” he said Thursday night.

What happened — what left the front bumper of his pickup hanging on by screws and the front left tire crumpled like an aluminum can — was this:

Marquis, who preaches at Love City Church, was driving southbound in the far left lane of I-75 when a tractor-trailer trying to avoid a separate wreck swerved into his lane and struck him. The force of the impact didn’t just shove him over, Marquis said. It shoved him up, onto the concrete construction barriers lining the roadside.

Marquis isn’t sure which part of his truck became entangled with which part of the other vehicle, but as the tractor-trailer continued down the interstate, it took him along for the ride.

It was like being on a makeshift monorail, he said. The pickup was beyond steering, but he tried anyway. The tractor-trailer kept dragging him.

“I was doing a lot of turning the wheel, but it wasn’t doing a whole lot,” he said. “Just praying and hoping that I come out of it alive.”

The barriers lasted only about 100 yards.

“And then (I) basically soared off the end like ‘Fast and Furious’ or something,” he said. “It was pretty wild.”

The entire incident lasted about 15 seconds.

Marquis’s pickup wouldn’t finally detach from the tractor-trailer for another 100 yards, he said. At that point, the usual post-crash rituals kicked in: A conversation with the “very shaken up” tractor-trailer driver, plus a call to police and another to a towing company. Both the tow truck driver and the officers who responded to the scene were surprised to see Marquis uninjured.

“A very nice gentleman stopped and ran up to my truck window and said ‘Hey, man, I don’t think you should move because you just flew through the air,’” Marquis said. “And I said, ‘Yeah, I know.’”

He woke up the next morning feeling like he lost a fight, he said. It was still better than what might have happened if even the smallest detail of the crash had been different.

“There’s a thousand ways that could have went worse and really it seems like was one way I ended up walking away from that thing,” he said.