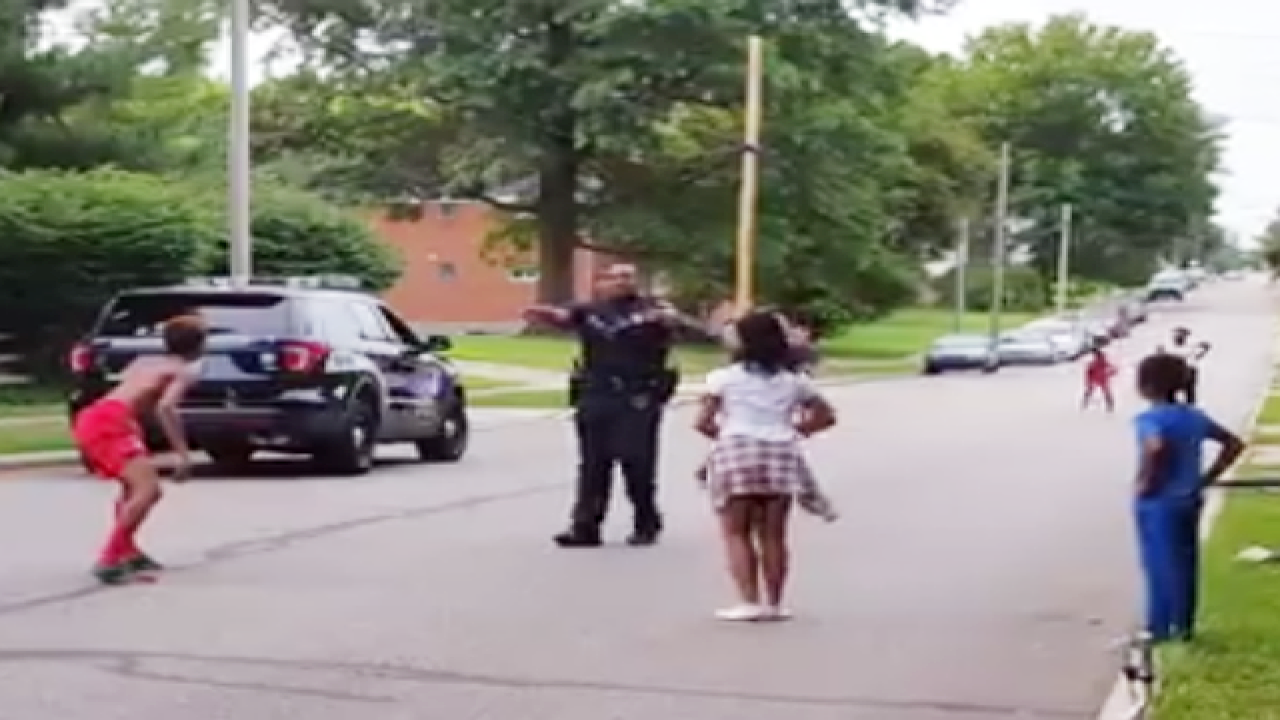 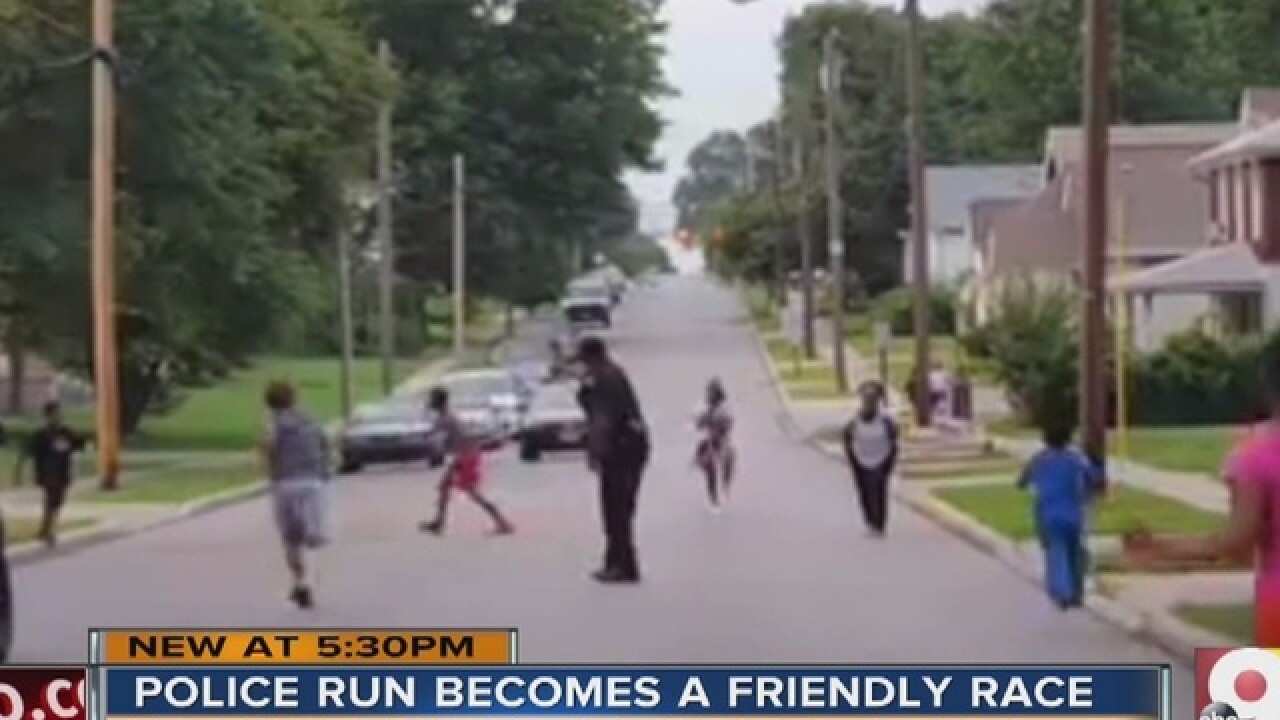 MOUNT HEALTHY, Ohio - A police call for a fight became a personal moment of trust building between a Tri-State cop and kids on a street corner.

And a neighbor was there to catch the heart-warming scene on video. At a time of high tension between law enforcement and the public, she showed us a moment that broke through it all.

WATCH the entire video below.

When Officer Onam Williams responded, he found no fight, only a few kids playing in the street.

Twelve-year-old Alex Agenbroad was expecting the officer to "yell at us for being in the street."

"We cleared the scene," Williams said.

"In light of what's been going on," he figured, "we need some glimmer of hope."

So he circled back.

Williams said he would buy the winners Icees at  Speedway.

The officer organized the race. He stationed the runners about 30 yards apart, then gave them the starting signal.

Dawn Walter was so impressed she captured it on her cell phone.

"I was personally touched by that," she said.

Williams said he wanted to connect with the kids.

"If we can be an inspiration to them, then we're leaving our future in good hands," he said.

WCPO asked 12-year-old Alex Smith what he thought of the police before the race.

"Did you have trouble trusting a cop before?" we asked.

Williams was glad to hear that.

"That means a great deal to me," the officer said.

And the message is traveling faster then an APB. Walter's video had more than 23,000 views in less than 24 hours.