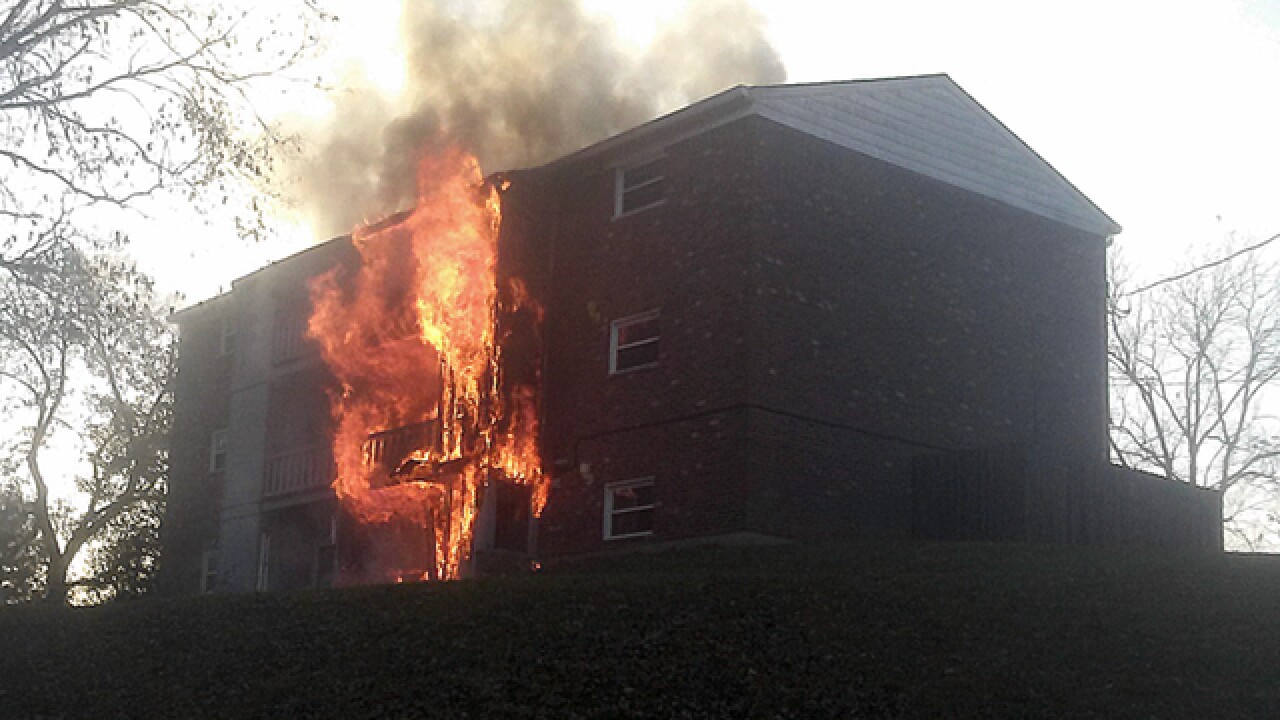 Copyright 2017 Scripps Media, Inc. All rights reserved. This material may not be published, broadcast, rewritten, or redistributed.
<p>Photo courtesy of Josh Miller. </p>

Josh Miller said he he didn’t think twice about running into the burning building.

"I ran in, started banging on the doors,” Miller said. “I got one lady down the steps.”

Miller said one of the residents didn’t want to leave the building.

"She smelled the smoke, but closed the door on me anyways,” Miller said. “I'm like, ‘Lady, you have to come out!’”

Ober said all of the residents were out of the building when first responders arrived.

"The folks called it in, actually saw it, actually got her out,” he said.

Vera Siegel has lived in the building for two years. She said she opened her glass sliding door and saw the entire facade engulfed in flames.

"I bought the Christmas presents for the little great grandchildren. They'll be gone,” she said.

But Ober knows the outcome could have been much worse.

"It could've been a lot different, especially the lady that was inside,” Ober said. “My understanding is that most residents weren't aware of it until neighbors and the passerby started beating on the door. It was critical that those folks stopped and got involved. It doesn't happen that often."

Miller says he just did what any good neighbor would do.

It’s unclear where the fire started or what caused it, but the back of the building had the most damage.

I just showed you the front end of this apartment building live on @WCPO. Here's a look at the heavy damage done to the back end. pic.twitter.com/v0haUbMECC