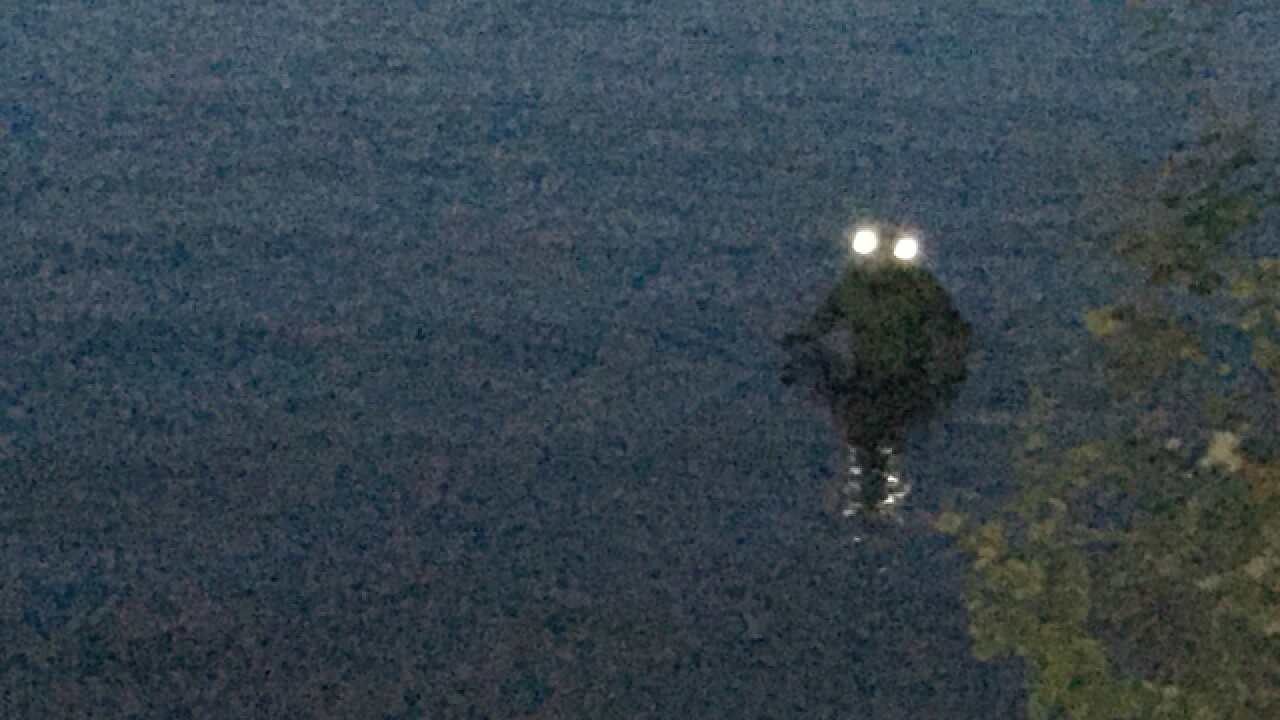 <p>Could this be the Loveland Frogman? (Photo provided by Sam Jacobs)</p>

CINCINNATI -- The former police officer who shot the purported Loveland Frogman more than 40 years ago said the story is a hoax, and the creature was just a sickly iguana.

Mark Mathews contacted a reporter Friday after seeing a post about a man who said he spotted a strange creature that he believed was the legendary Frogman in lake Isabella.

Mathews explained that the first officer to encounter the purported Frogman, Ray Shockey, called him one night in the March of 1972  after spotting something strange on Riverside Drive/Kemper Road near the Totes boot factory and the Little Miami River.

"Naturally, I didn't believe him … but I could somehow tell from his demeanor that he did see something," Mathews said.

Later that month, Mathews was driving on Kemper Road near the boot factory when he saw something run across the road. However, it wasn't walking upright and didn't climb over the guardrail as the urban legend of the Frogman goes. The creature crawled under the guardrail. Matthews said he "had no clue what it was."

Mathews recovered the creature's body and put it in his trunk to show Shockey. He said Shockey said it was the creature he had seen, too.

It was a large iguana about 3 or 3.5 feet long, Mathews said. The animal was missing its tail, which is why he didn't immediately recognize it.

Mathews said he figured the iguana had been someone's pet and then either got loose or was released when it grew too large. He also theorized that the cold-blooded animal had been living near the pipes that released water that was used for cooling the ovens in the boot factory as a way to stay warm in the cold March weather.

"The thing was half dead anyway when I shot it," he said.

The urban legend of the Loveland Frogman has grown in the decades since. Mathews said he told the whole story -- including the iguana discovery -- to the author of a book about urban legends in Ohio, but the man ended the story after the shot was fired, omitting the details that confirmed the creature was not a Frogman.

"It's a big hoax," he said. "There's a logical explanation for everything."

Mathews eventually left the Loveland Police Department and went on to serve with the police in Milford and, later, Glendale. He has since moved to Florida, where he said people still sometimes seek him out for his experience with the "Frogman" because of the story's strange allure, though he no longer grants interviews.

"It's like Bigfoot and all that other stuff," Mathews said. "I don't believe in Bigfoot either."