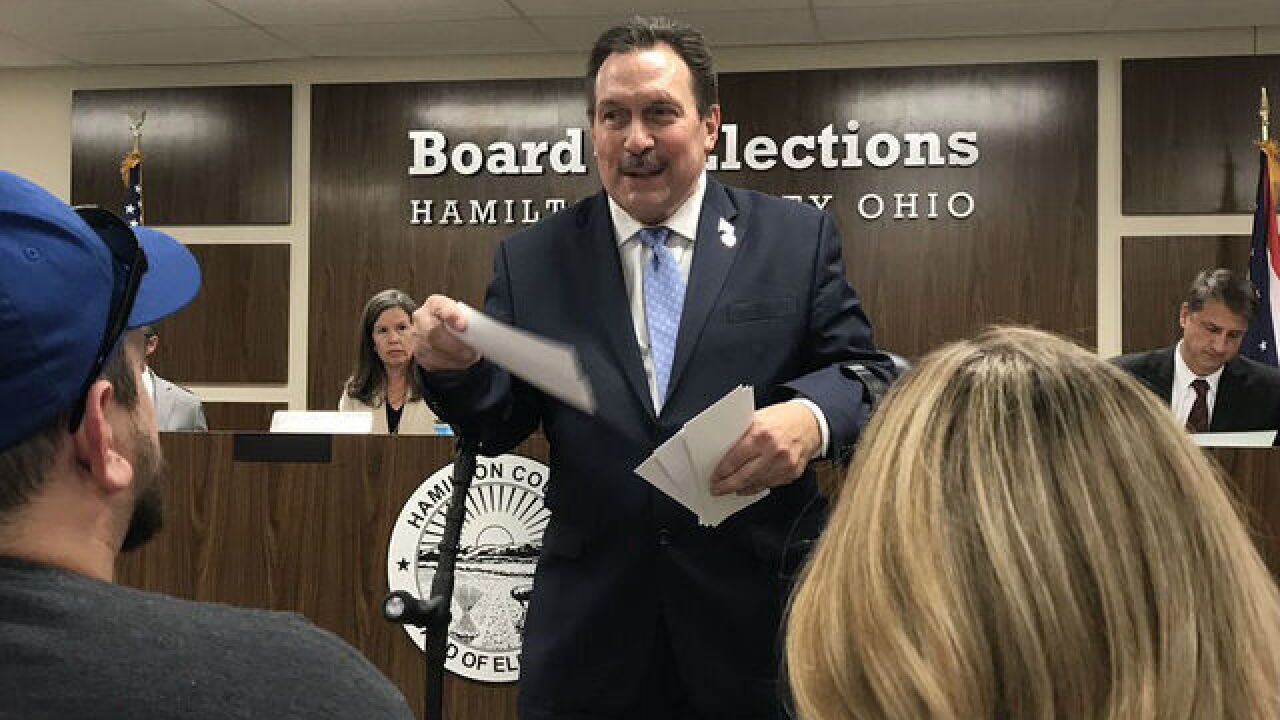 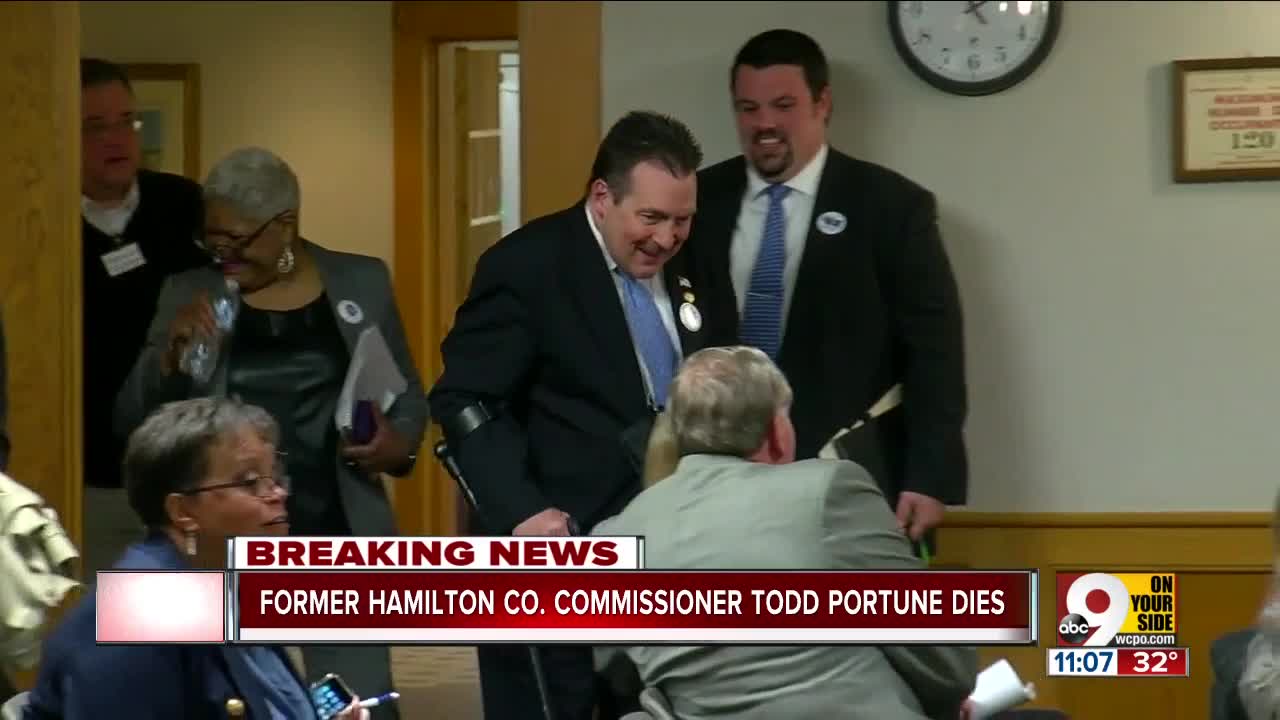 Portune's death came after a long battle with cancer. He announced his retirement from his position as county commissioner in September, telling reporters that his cancer had returned and chemotherapy could not stop its spread. He officially resigned on Dec. 31, and his chief of staff, Victoria Parks, took over as commissioner.

After the announcement of his death, local officials from both sides of the political aisle expressed their sorrow, condolences and memories of the man who never lost an election and who tirelessly spent his career championing for the needs of average citizens.

Commission President Denise Driehaus called Portune "a tireless champion for all people" who "has left the world a better place through his long legacy of care and love for Hamilton County."

Commissioner Victoria Parks, Portune's former chief of staff who was appointed earlier this month to finish his term, described him as "a force of nature" and "a phenomenon of motion, from his scholastic years running like the wind and exalting in victory with a grin, until the times when health limited his mobility to crutches and finally a wheelchair."

"Rest, Todd, you have crossed the finish line in first place in the hearts and minds of all that knew you. Well done! Good and faithful servant," Parks said in a statement.

Commissioner Stephanie Summerow Dumas said in a statement she will miss Portune's "wisdom, his kindness and his perseverance. May the members of his family and friends find comfort and healing during this sad time. Hamilton County mourns with you.”

We lost a true public servant tonight. Todd Portune was a champion for the people of Hamilton County. He was a wonderful friend and colleague.

Please join me in praying for the Portune family. pic.twitter.com/atLNlreWTG

Todd was a special human being. I knew him first as an able lawyer. I was proud when he was appointed to my council seat. I am in awe of the bond he developed with the citizens of Hamilton County, who understood that Todd was a blessing as an elected official. I will miss him.

I attended law school with Todd Portune, and I was always in awe of his commitment to public service.

He will be missed by all of us in Hamilton County. God rest his soul.

Todd Portune was a force in our community. Forever changed Cincinnati and Hamilton County. Rest In Peace Brother.

This picture was taken during the @HamCoGOP successful effort to repeal a tax passed by Todd Portune in 2018. He showed up at our signature gathering “party” to face his political opposition. He was bold and unafraid. And of good humor. RIP Todd. pic.twitter.com/BTPoA8yLMc

Saddened by the passing of Todd Portune, a friend who I worked with on many projects. His tenacity and servant’s heart will never be forgotten in Hamilton County. Jane and I are lifting his family and friends up in prayer during this difficult time.

Todd Portune dedicated his life to our community. I am devastated by his passing.

Todd was always focused on others instead of himself. He was my friend and my role model in public service.

My thoughts are with his children and family, and all those whose lives he touched. pic.twitter.com/jPF56mswWu

Todd Portune was a great public servant but an even better person. RIP my friend

I am very saddened to hear of Todd Portune’s death. I had the privilege of working with him in Cincinnati when he was Hamilton County commissioner. His dad was a UC professor. Todd was one of the classiest persons I’ve ever met. RIP my friend. pic.twitter.com/7oXkrdTGqo

Deeply saddened to learn of the passing of Todd Portune tonight. It was my privilege to work with him for Hamilton County. Rest in peace my friend.

The Hamilton County GOP mourns the passing of Commissioner Todd Portune. While Todd was often at odds with our posture on local issues, he always engaged in the battle of ideas and never made those battles personal. Republicans respected Todd. May he Rest In Peace.

Todd Portune loved public service - which is to say, he loved his work. And, boy, did he work.

I would call to check in on him, and even late into his battle with cancer, he would always want to talk about big issues that we should be working on together. (1/3) pic.twitter.com/4PTlltpTOa

For me, meeting @TPortune in person at the @HamCoGOP Sales Tax Repeal Petition Drive a couple years ago. Very nice and respectable man, but he was fearless. The only Democrat to show up and take on a room full of Republicans to debate taxes. #Respect 💯 https://t.co/WQXWm2aexG

A public visitation will be held Monday, February 3 from 10:00 am – 12:00 pm with a service immediately following at 12:00 pm at Duke Energy Convention Center. Portune will be buried at Spring Grove Cemetery.

Portune's family said donations can be made in his honor to the Down Syndrome Association of Greater Cincinnati.

Arrangements are being handled by Spring Grove Funeral Homes.