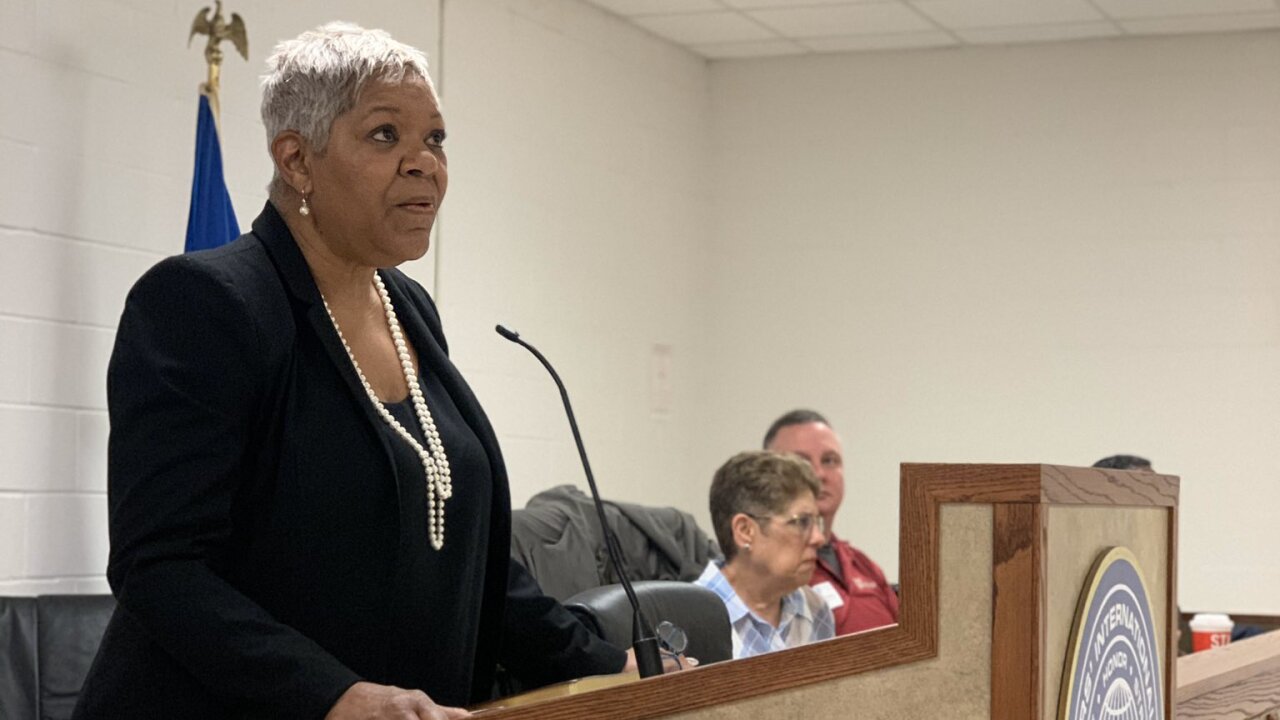 Copyright 2020 Scripps Media, Inc. All rights reserved. This material may not be published, broadcast, rewritten, or redistributed.
Provided
Democrats appointed Victoria Parks, former chief of staff to longtime commissioner Todd Portune, to the Hamilton County Board of Commissioners as his replacement Saturday.

CINCINNATI — For the first time, all three Hamilton County Commissioners are women, and the majority are African American.

In an historic vote Saturday, Democrats unanimously appointed Victoria Parks to replace Todd Portune on the Hamilton County Board of Commissioners.

Parks, Portune's former chief of staff, was sworn-in Saturday in front of dozens of supporters.

She joins Commission President Denise Driehaus and Commissioner Stephanie Summerow Dumas, both Democrats, to serve out the remainder of Portune's term.

Portune annonunced in September that he would not seek re-election in 2020, citing health problems. Though he initially planned to finish out his final term, he retired from the board in December as his health declined. Portune began serving on the commission in 2000 and served for eight years on Cincinnati City Council.