'It's showing us that people are ready for this' 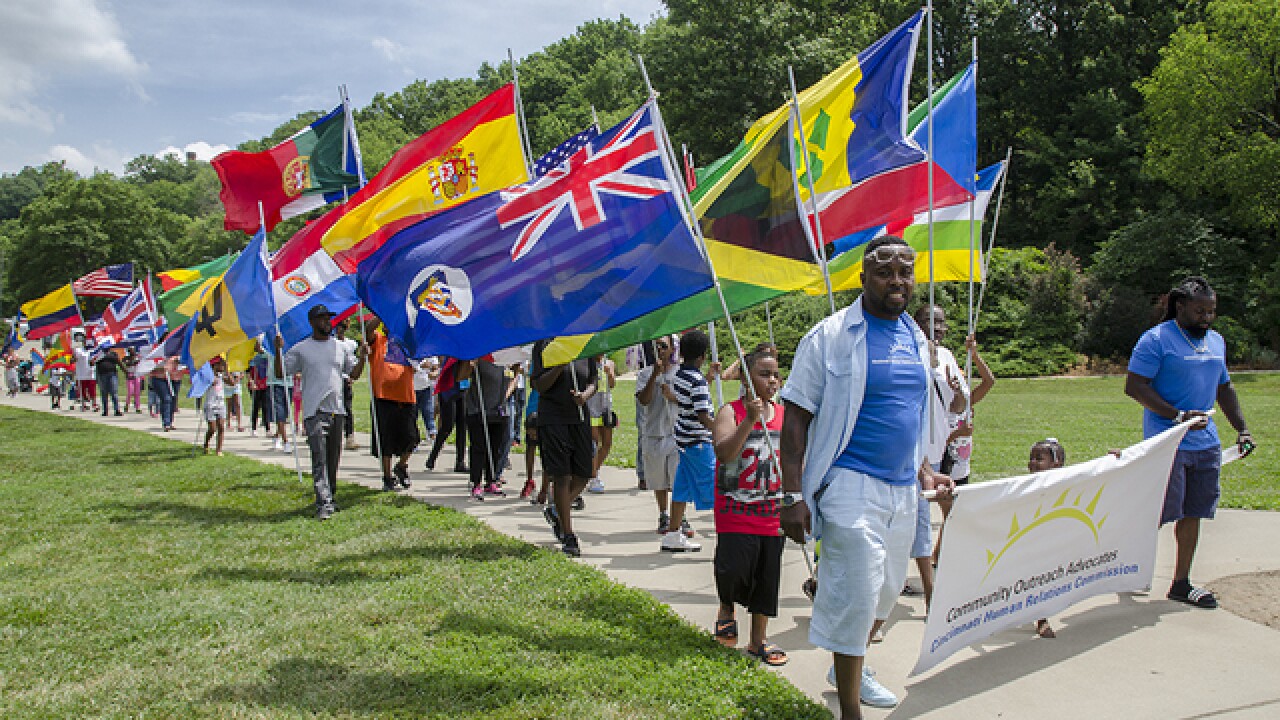 Copyright 2018 Scripps Media, Inc. All rights reserved. This material may not be published, broadcast, rewritten, or redistributed.
JOSEPH FUQUA ll
The Cincinnati Juneteenth Festival, a celebration commemorating the end of slavery in the United States, celebrated its 30th year with food, music, vendors and living history exhibits on Saturday June 17, 2017 at Eden Park. Participants carry their Flags from 75 countries in the Parade. Photo by Joseph Fuqua II for WCPO

The Hamilton County Board of Commissioners voted unanimously Thursday on a resolution making Juneteenth a paid holiday for county employees.

Juneteenth is a holiday celebrating the emancipation of those who had been enslaved in the United States. On June 19, 1865, a Union general arrived in Galveston, Texas, and gave notice that the Civil War had ended and that all enslaved people were free. It was more than 2 1/2 years after President Abraham Lincoln issued the Emancipation Proclamation.

The resolution, introduced by commissioner Victoria Parks, passed with a 3-0 vote and will go into effect June 19, 2021.

Lydia Morgan is the coordinator of the Cincinnati Juneteenth festival. She said more people than ever are paying attention to Juneteenth.

"We're having a revolution in this country right now. I think more people are paying attention to the things that have been left out and the people who have been left out," Morgan said. "The commissioners didn't just give the holiday to their African-American employees, they gave it to every employee because everyone should be celebrating it."

Morgan has been working with the Juneteenth foundation to make the holiday national. She said she used to receive push back from those who didn't think companies would want to give employees another paid holiday.

"We've had companies doing a paid holiday voluntarily, now we have the county commissioners," she said. "It's showing us that people are ready for this. People see the importance of this."