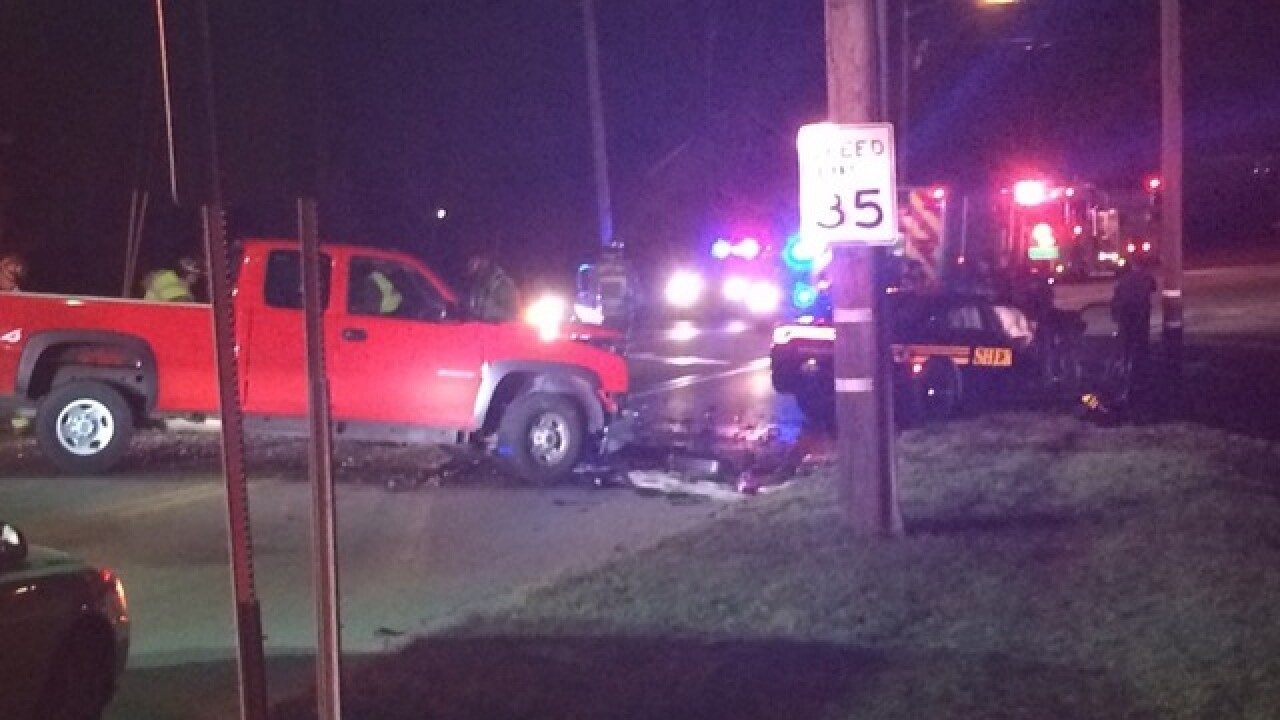 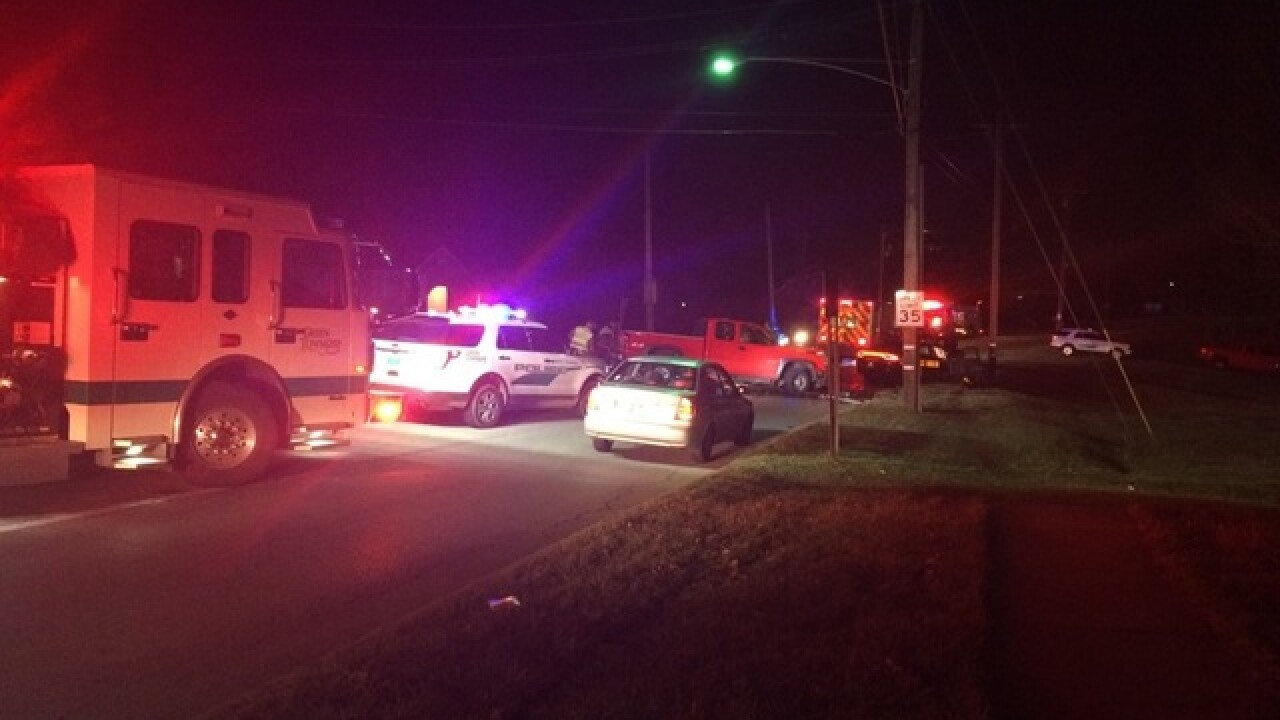 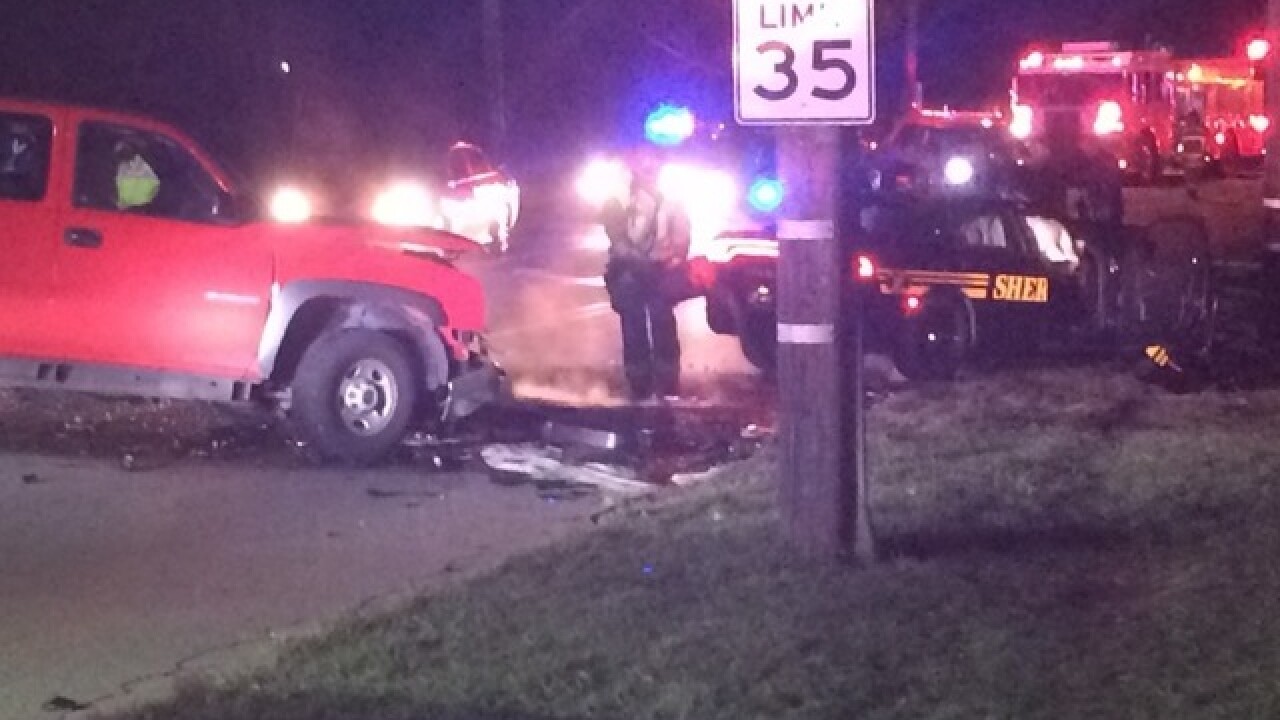 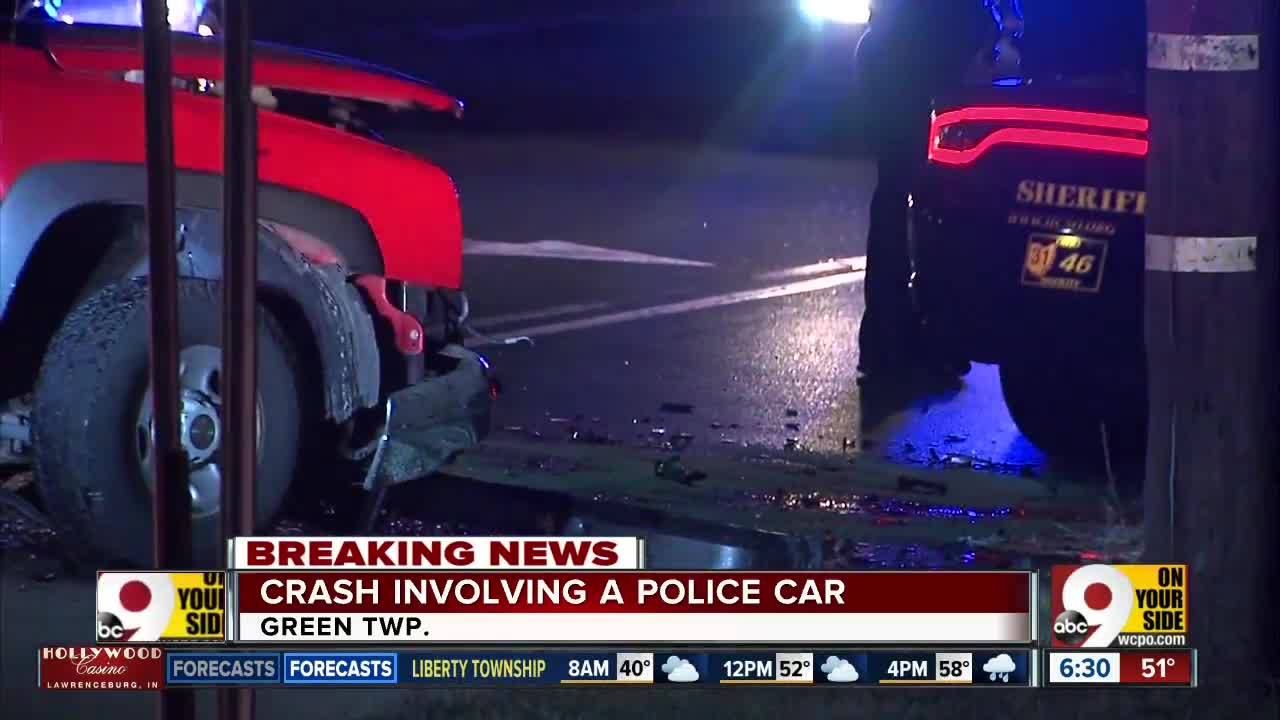 The driver of a truck veered left of center on North Bend Road at Diehl Road at about 4:15 a.m., sheriff's spokesman Mike Robison said.

Green Township fire crews had to remove the deputy from the cruiser because the crash left him trapped. He broke his leg and was taken to University of Cincinnati Medical Center, Robison said.

The truck driver suffered minor injuries and was treated at Mercy West Hospital.

Neither alcohol or drugs are considered factors in the crash, Robison said.

"We believe it was fatigue more than anything," he said.

Not far north of there, a police cruiser was involved in a three-car collision that propelled one of the vehicles into the side of a house Friday night.

The officer, whose name police have not released, was responding to a call with her lights and siren on when a car pulled out in front of her near Colerain High School.

Despite the mess, no one was hurt.

Also Friday night, a police cruiser was involved in a crash on Central Parkway near Cincinnati State. The officer was taken to a hospital as a precaution.