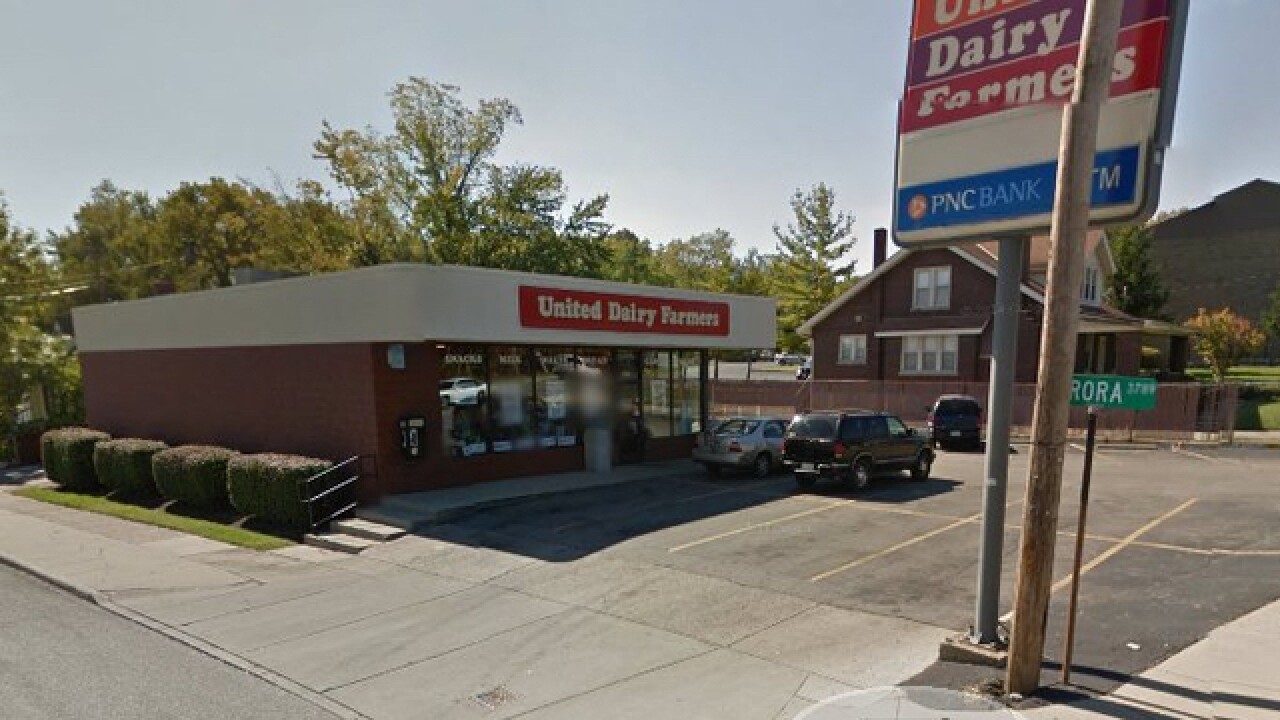 Around 12:25 a.m. Monday, officers were dispatched to the UDF for an aggravated robbery that had just occurred, according to Green Township Police. Police reports state that one man held the door open while another man displayed a handgun and demanded money. Both suspects fled the store on foot.

A Cincinnati Police K9 responded to the scene and attempted a track, but the suspects were not located. There were no injuries during the incident.

The first suspect is described as a black man, approximately 5-feet-5 to 5-feet-6 inches tall. Witnesses say he was skinny and wearing dark jeans with white bleach streaks, a dark hoodie, a red bandana over his face, blue latex gloves and armed with a black handgun.

The second suspect is described as a black man, approximately 5-feet-5 to 5-feet-6 inches tall. Witnesses say he was also skinny and wearing dark jeans, a dark hoodie, a red bandana over his face and blue latex gloves.

The incident remains under investigation by the Green Township Police and Hamilton County Sheriff Investigative Unit. Anyone with information is asked to contact Police or CrimeStoppers at (513) 352-3040.