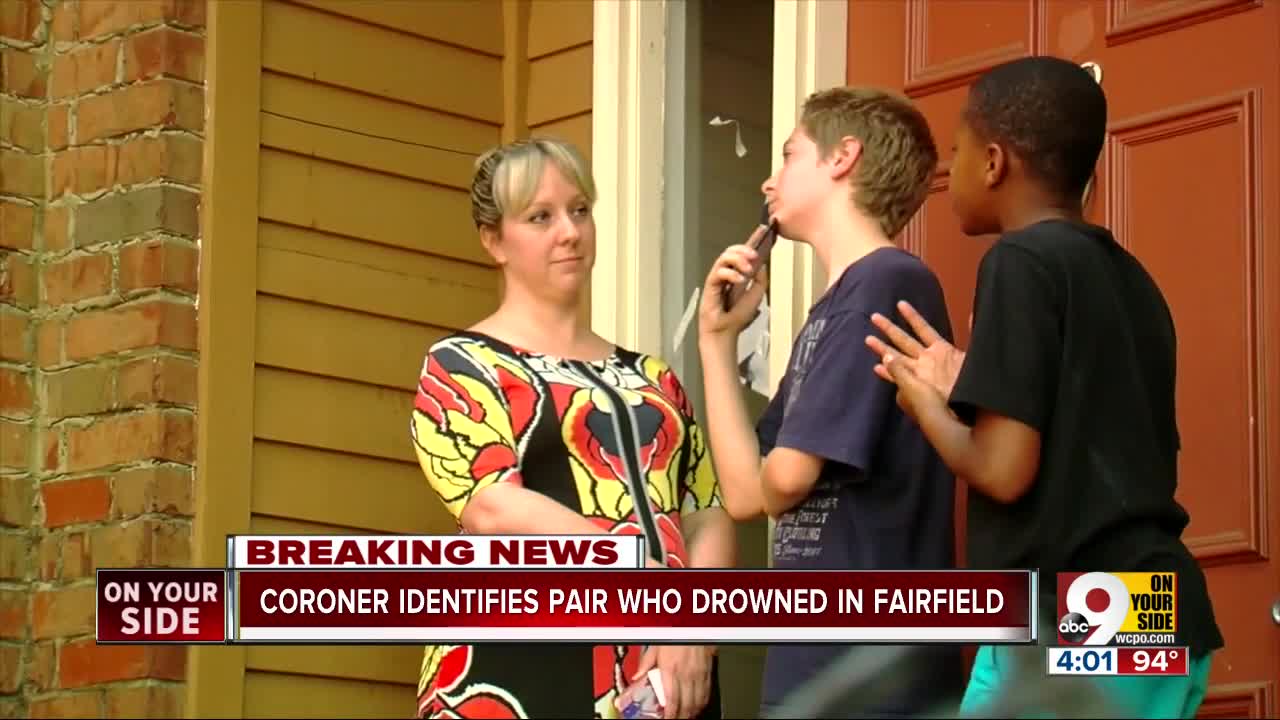 A frantic effort by a man walking his dog and two boys riding their bikes helped save one child after a pickup truck sank into a pond Monday night. But a father and daughter did not survive. 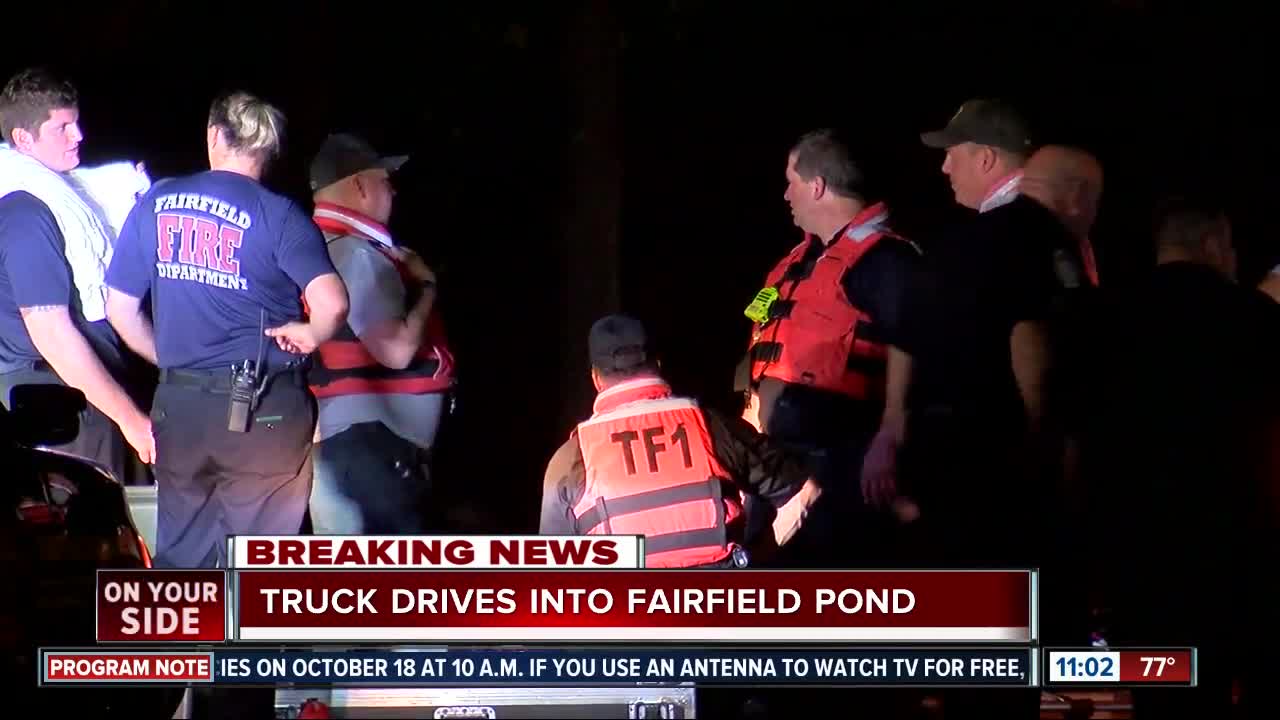 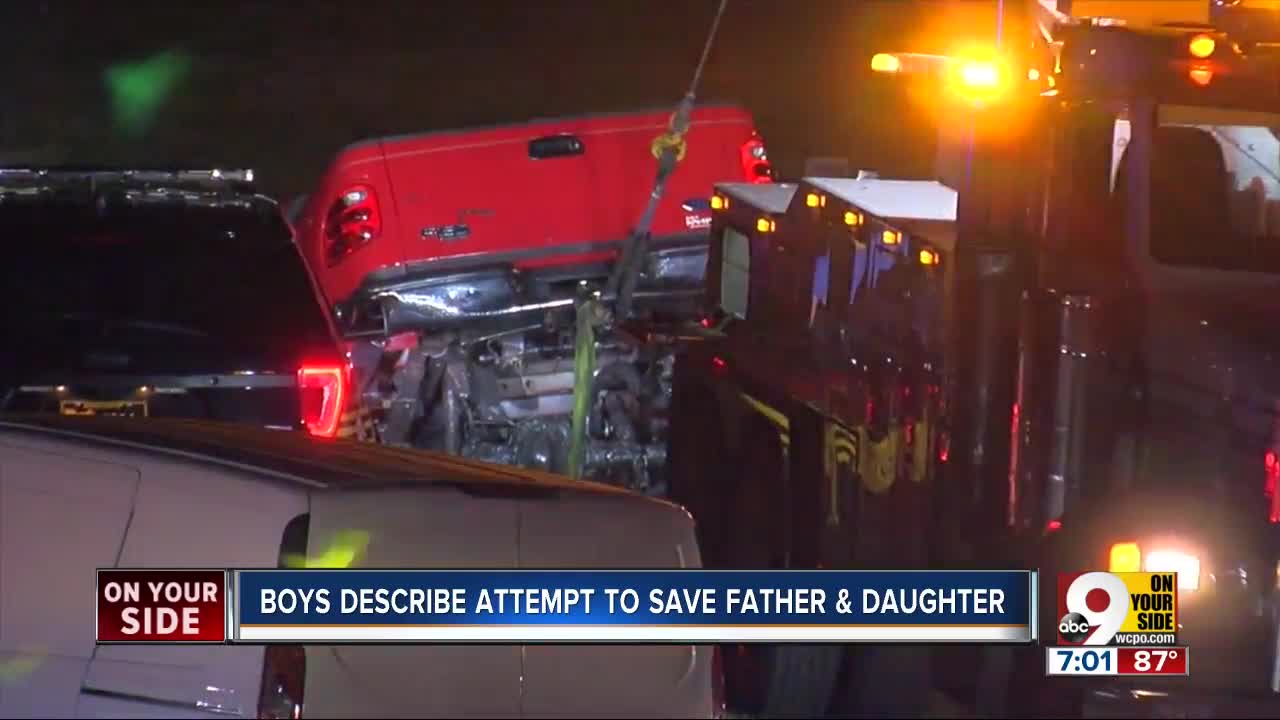 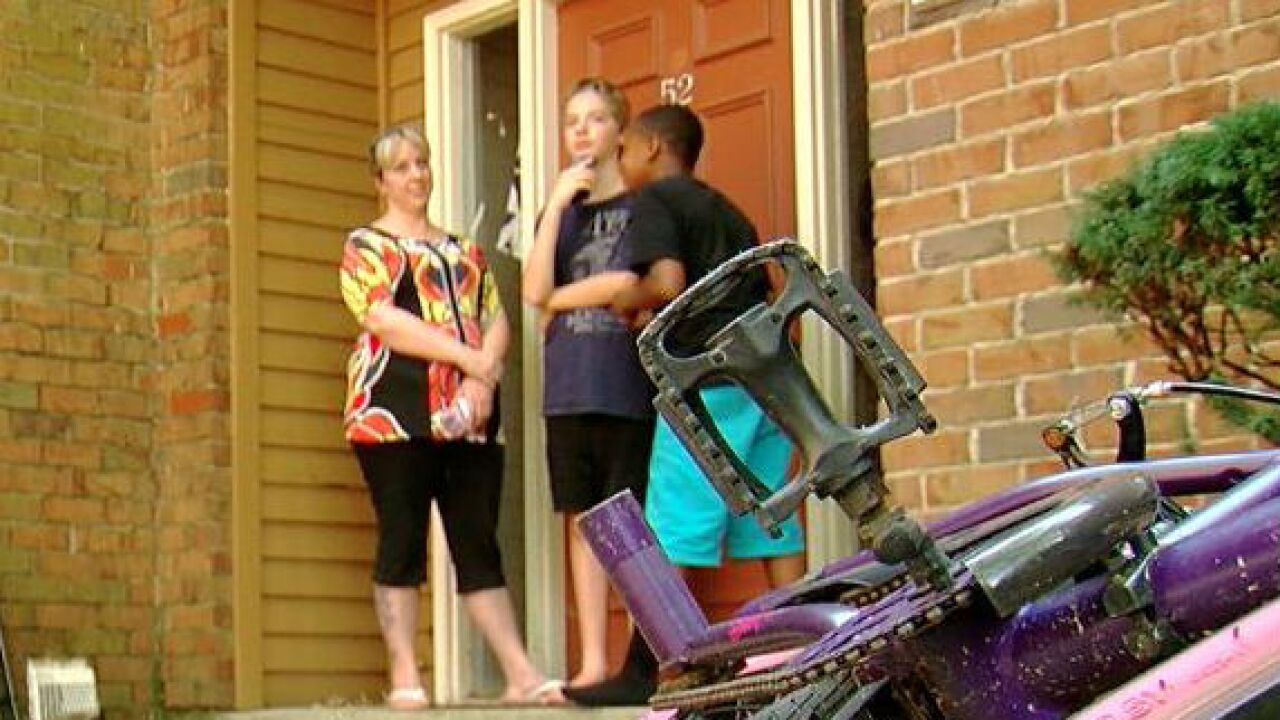 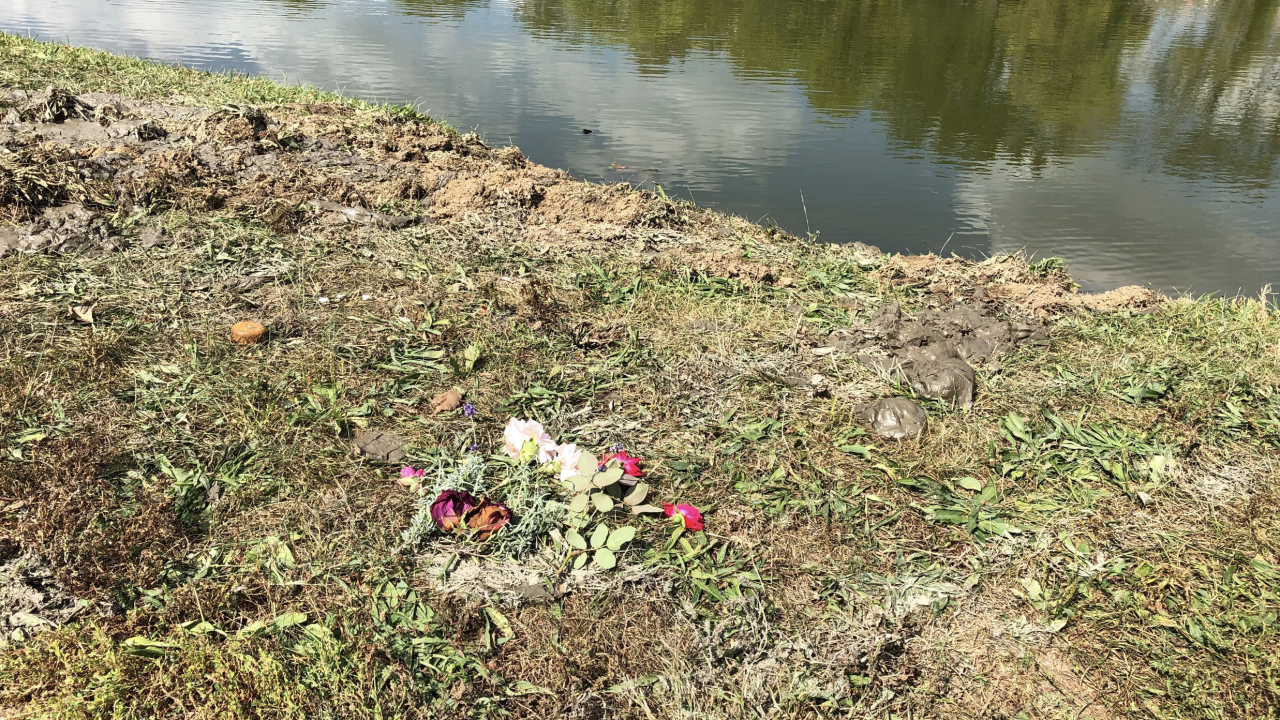 FAIRFIELD, Ohio — A frantic effort by a man walking his dog and two boys riding their bikes helped save one child after a pickup truck sank into a pond Monday night. But a father and daughter did not survive.

The unidentified dog walker pulled Nena’s 4-year-old brother from the pond and told witnesses he almost succeeded in rescuing Nena.

Donta Laskey and Kai Krummen, who live in the complex, told WCPO they were riding their bikes near the pond when they saw the red pickup sink into the water. They said they saw a man desperately trying to save the others until he went under the water and never came up again.

Tough stuff: A 10yo and 13yo who called 911 as they watched a father and his two kids sink into a pond just left flowers by where that truck was pulled out last night. The father and his daughter drowned. A son survived. You’ll hear from those who tried to help on @WCPO pic.twitter.com/9VEKn7dpoC

“I was just, like, scared, because that was my first time having to call them,” Donta said Tuesday.

Meanwhile, Kai called his mother, Sarah Haggard. Haggard ran from her apartment to the pond, comforted the rescued boy and asked another neighbor to bring him blankets until help arrived.

“He literally dropped his dog's collar … didn't care about his dog at that time. All he cared about was trying to save the little girl,” Kai said.

The man later told them he almost had her, but she got pulled off his back and back underwater.

“The little girl gets on his back but she's like slipping,” Donta said.

The man left the scene without even a thank-you and has not been identified.

"I don't know what to say to him," Haggard said, "and I don't know if there's anything anybody can say to him other than, he's the true hero in my eyes. Because he's the one jumped into the water and he's the one that put his life at risk."

Divers would recover both bodies and the pickup hours later.

Fairfield police said Tuesday that there might have been early signs of trouble before the truck hit the water.

Someone called 911 and reported a red truck driving around the old golf course.

“He pulls up to the back of the Pub parking lot, where the kids' park is. He goes over the curb between our dog park and our fitness center, drives down the hill, around the pond," the caller said. "I don't know where he goes after that because I can't see him.”

It's not clear that was the same truck, but the descriptions are similar.

Donta and Kai went back to the pond Tuesday and left flowers at the scene.

It was an emotional experience for Haggard, too.

"I couldn't bring myself to leave the site. I stayed there the entire night," she said.

Kai's mom said he was “so proud” of the boys.