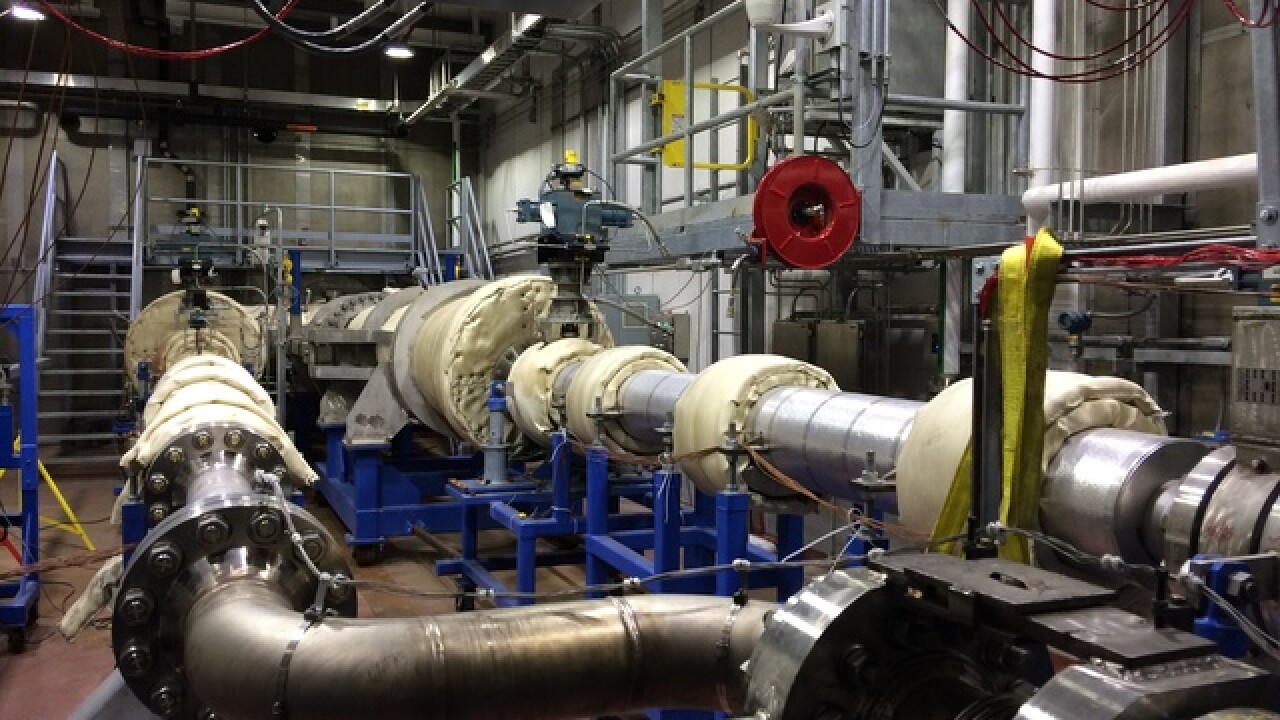 EVENDALE, Ohio — Thousands drive by it every day, but few know exactly what goes on inside GE Aviation’s historic facility located adjacent to Interstate 75 in the Village of Evendale.

But, as GE officials announced Tuesday, the most exciting work has yet to come to the aviation giant’s headquarters.

That’s because, over the last year alone, GE has poured more than $140 million into its Evendale plant, which primarily serves to test engines and engine parts. And that’s just a small part of the $550 million planned for improving the facility between 2010 and 2020.

"If you go down to the airport, there's a really good chance you're going to get on ... an aircraft that has either GE or (GE partnership) CFM products on it," he said.

Part of GE's mission to achieve its goal is a unique, $100 million engine test center, where — according to GE Aviation Aero/Combustion Team Leader Phil Petrocelli — technicians can push the physical limits of GE’s engine parts using materials and equipment never before explored in the plant.

Along the lines of testing the engines’ physical limits, the brand new CMC FastWorks Lab is working to develop a way to use ceramic materials — which traditionally can withstand much higher heats and levels of pressure — in construction engine components.

Meyers said one of the more fundamental shifts as part of GE's $550 million upgrade will be cultural -- that is, changing how people work with one another.

"We're investing in the internal spaces, that have very open, collaborative spaces, where engineers can talk to sourcing folks that can talk with HR and finance all in one space, without a whole bunch of walls and doors," Meyers said. "We're trying to go wireless, digital in all aspects of it, so that it cuts the boundaries down, where communication is much more free-flowing -- it's easier to communicate, it's easier bring ideas out and expand those ideas, and then taking them right to the shop floor."

Ultimately, the innovations at the facility are expected to solidify the plant’s investment in Evendale’s local economy. According to Evendale Mayor Richard Finan — who attended Tuesday’s tour of the facility — half of the village’s budget is generated from earnings tax revenue coming from GE Aviation.

To complement GE's campus, the village is working to complete an "AeroHub" campus across I-75 aimed at luring more suppliers and research and development firms to the area.

GE provides roughly 7,500 jobs in Greater Cincinnati, with about another 2,000 in southwest Ohio. And that does not include the new offices set to open at GE’s upcoming operations facility at The Banks. That will mean another 2,000 jobs.