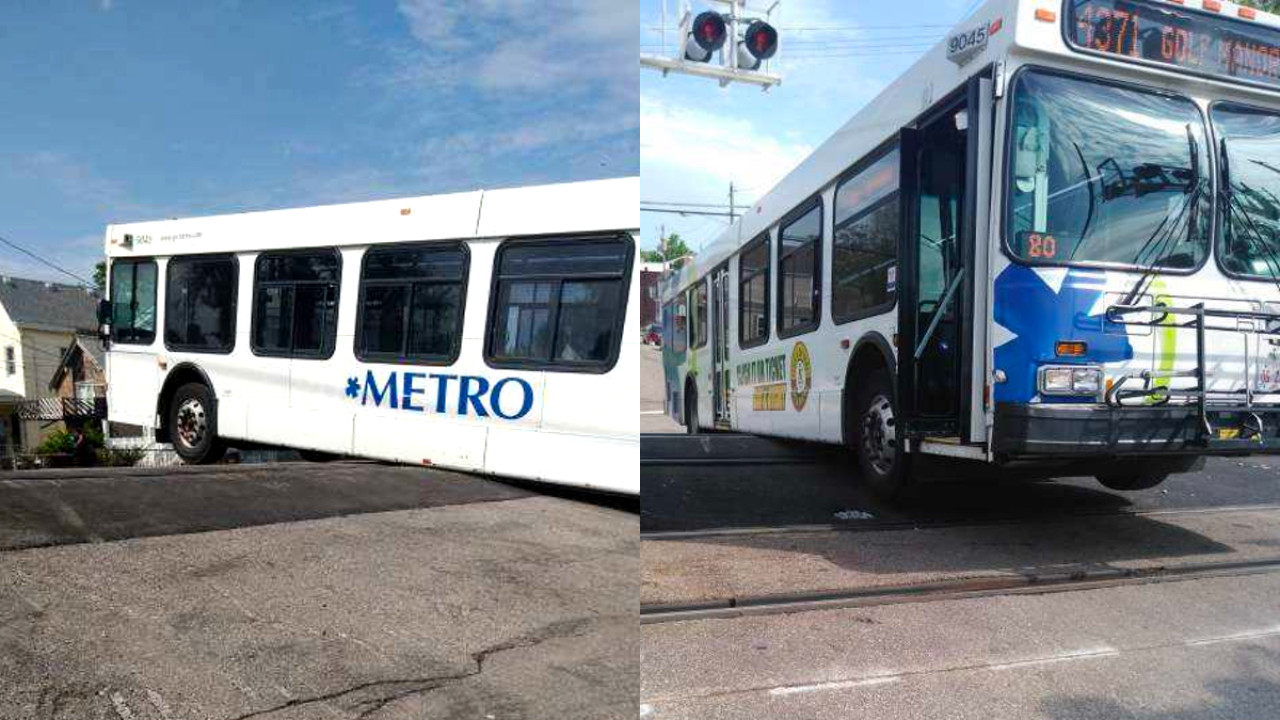 ELMWOOD PLACE, Ohio — Just before the elevated railroad crossing at the intersection of Linden Street and Elmwood Avenue, a sign warns drivers: TRACTORS AND TRAILERS CAN NOT CLEAR TRACKS.

The result tends to involve hours-long traffic shutdowns, train delays and large vehicles lodged on top of the rise at an angle, each one as huge and helpless as a beached whale. Their bottom halves stay on the ground; their middles get stuck on the small bump leading up to the tracks; and their front tires spin impotently in the empty air.

First responders sometimes need up to five hours to set them free. The process doesn’t always leave the road itself in good shape, said resident Daniel Stevens; the area near the tracks is pitted with tire marks from vehicles that had to be rescued.

“They have to bring in like the big 18-wheeler recovery vehicles, the huge tow trucks,” he said. “Sometimes they have to do two of them and they have to block and tackle them and hook it and actually lift the trailer up and bring it back.”

The process has been extensively documented by people who live nearby. Among them is Tom Ments, who on May 2 spotted and photographed a SORTA bus lodged on the rise. (SORTA spokesperson Brandy Jones said that bus had taken a detour from its usual route due to a blockage and would not return following the incident.)

Delays are an annoyance, he said, but they’re one he can live with. He’s more concerned about the potential for a stalled vehicle to create a real emergency: A train collision if word doesn’t reach conductors in time or a preventable death if emergency crews can’t use the road to reach a person in need.

“How’s the first responders handle the situation?” he said. “I mean, they’ve got alternate routes, but every second counts when they’re on a mission to go save somebody.”

He suggested larger fines or larger signs could help assuage the problem but admitted he didn’t know what would fix it.

“For them not to read these signs and obey the laws saying no semis, that’s…” he trailed off. “If you can’t swim, don’t get in the water.”