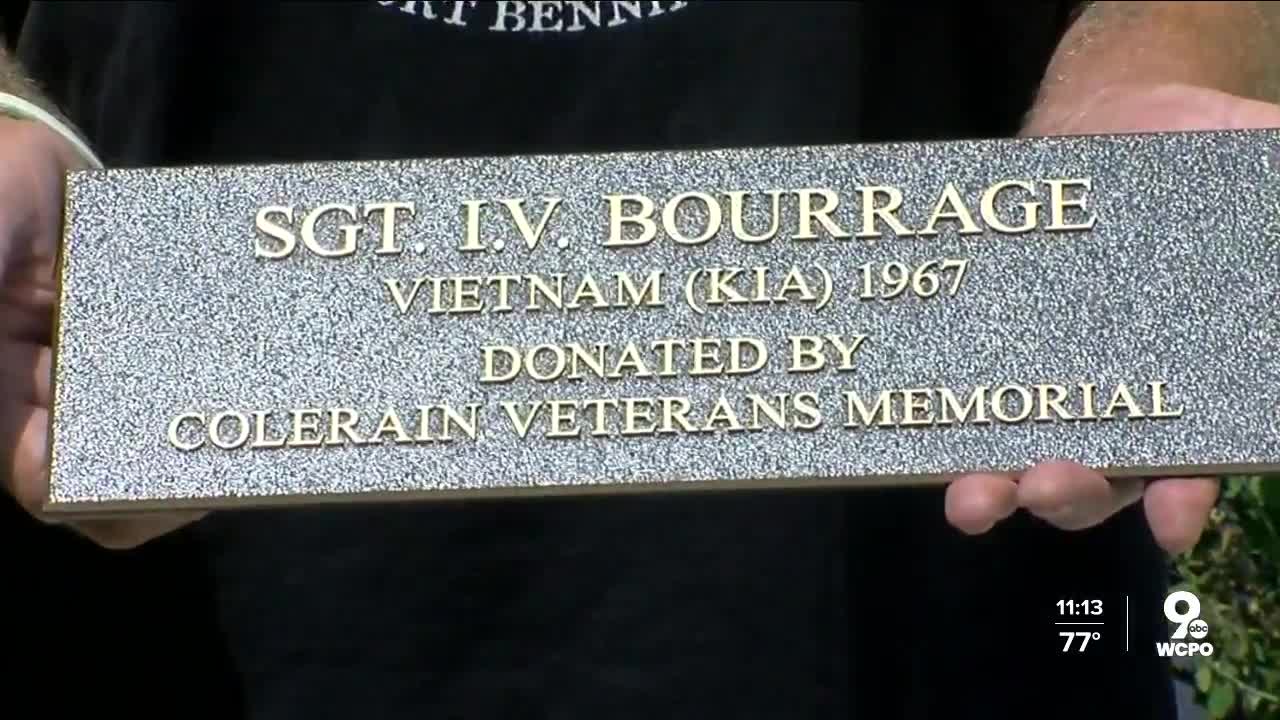 COLERAIN TOWNSHIP, Ohio — A vision to honor a Vietnam War veteran killed in action has finally come to fruition decades after his death.

A metal plaque featuring the name I.V. Bourrage, killed in an ambush during his second tour in Vietnam in 1967, was installed on a concrete block at the flagpole of Houston Elementary at a ceremony Friday evening.

WCPO first reported on U.S. Army veteran Chris Green’s mission to ensure that Bourrage’s service was properly honored on July 20. Green knew of a plan to get a plaque and have it placed on a concrete block at the base of the flagpole at Houston Elementary, and he helped organize a fundraiser to place the plaque outside the school.

And for Bourrage’s widow, Evertie, this was a day 52 years in the making, one that also marked what would have been his 88th birthday.

“This was a great day, for us to be celebrated and for my husband,” she said. “And I feel sorry that he is not here with us, but it was a good day.”

Read more about Bourrage, his family and his memorial here.