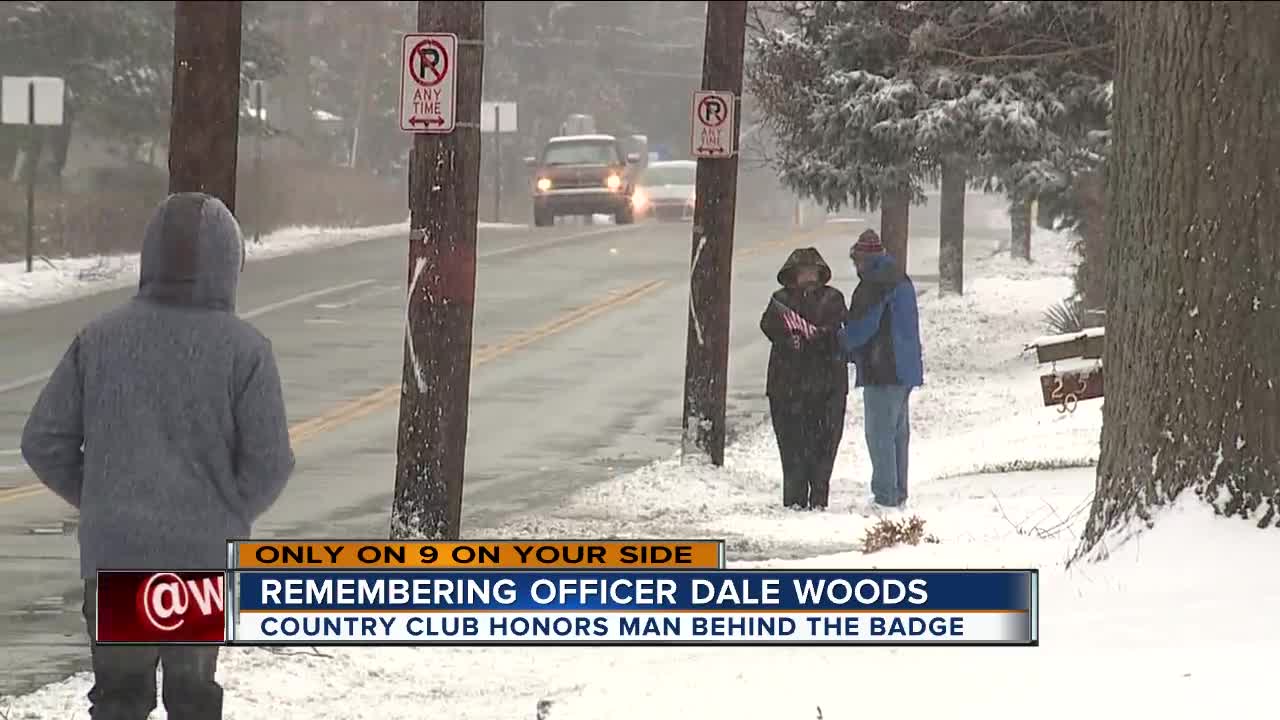 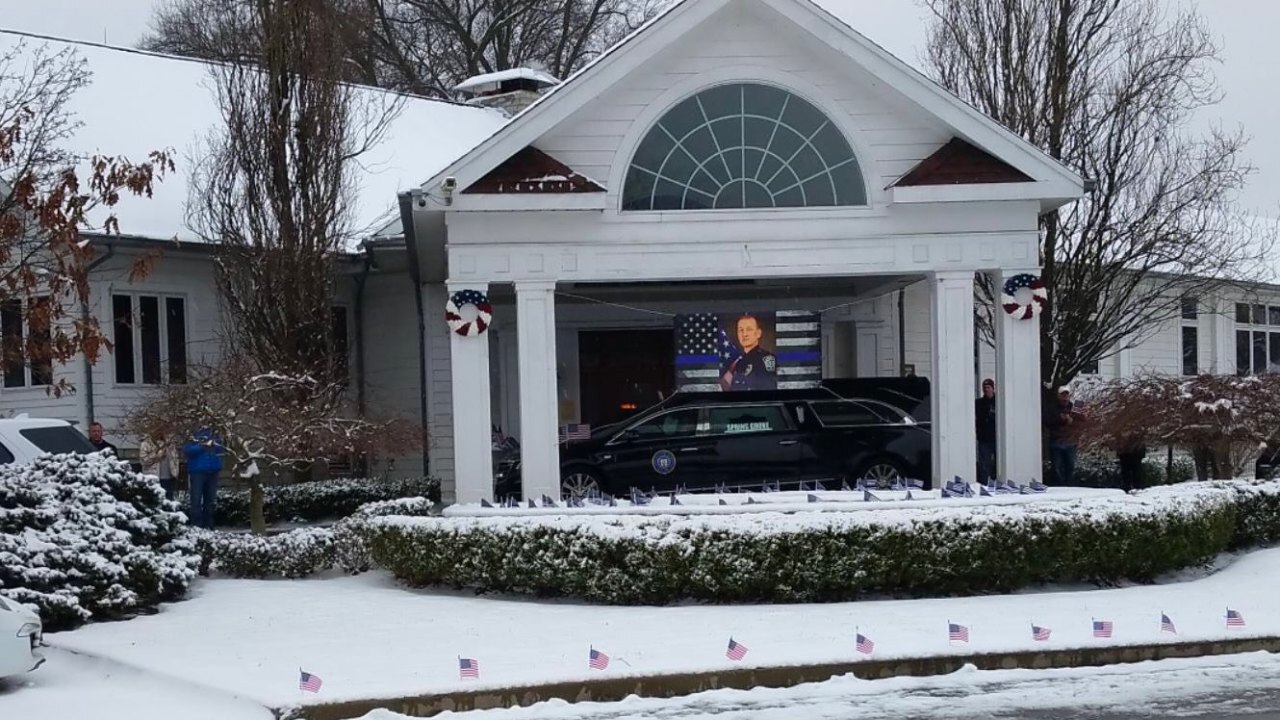 COLERAIN TOWNSHIP, Ohio — Five days after his death, Colerain Police Officer Dale Woods' funeral procession made final stops at some of the places he loved: The North College Hill Police Department, where he once served on the force; the Clovernook Country Club, where friends said the shy, serious lawman became a gregarious golf player; and the Colerain Police Department, where fellow officers mourned a friend and colleague of 15 years.

Woods’ remains were escorted from destination to snowy destination by a procession of police vehicles before arriving at Colerain High School for a public visitation.

His death has touched communities in and outside of Colerain and the Greater Cincinnati region, as was evident by the crowded streets lined with people looking to say goodbye. Many members of the community braved snowy, blustery conditions to show support as the processional made its way through the city.

"It's hard," said Sue Patton, a Cincinnati resident who went out Saturday to show her support for Woods. "I have a brother who's a police officer and a brother who's a firefighter paramedic. They go to work every day and I never know if they're going to come out."

The procession paused at Clovernook Country Club, as members and staff of the club gathered to remember and celebrate a side of Woods' life behind the badge.

"He's always been here for the community in College hill and he's always been very, just, he's here for the people," said Mary Pat Findley, a resident of College Hill who occasionally golfed with Officer Woods. "He shot from the pro tees. He was a very good golfer."

The golf course was where Woods relaxed and de-stressed from the pressures of his job.

"It was a good place for him," said Harry Alexander, general manager of the Clovernook Country Club, "to get out and relax and hit balls and practice and just get away from some of the bad things he sees out there."

Public and private services are scheduled throughout the weekend. Woods died Monday after being hit by a truck late Jan. 4.