Everything we know about the Colerain Township gender reveal party shooting 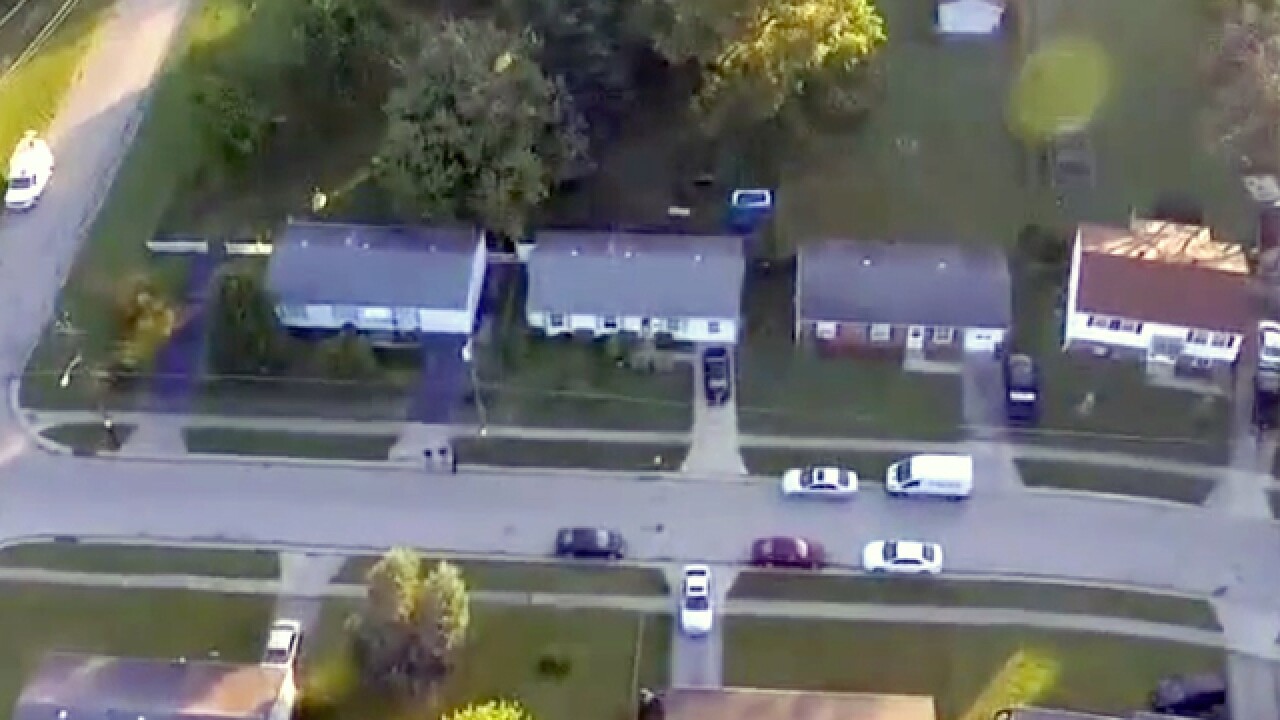 COLERAIN TOWNSHIP, Ohio -- The July 8 shooting at a gender reveal party, which left one person dead and eight others injured, is one of the largest mass shootings in Greater Cincinnati's recent history.

Three children were among the shooting victims, and police have not made any arrests.

Here are some details you should know about what happened:

1. Shooting was at a gender reveal party

Authorities said they believe two people opened fire at about 11:20 p.m. at a gender reveal party, a sort of baby shower, inside a home in the 9900 block of Capstan Drive near Colerain Avenue.

The partygoers were watching a movie when gunfire rang out, police said.

Of the eight people injured, three children -- ages 2, 6 and 8 -- were taken to Cincinnati Children's Hospital Medical Center. Their injuries are not life-threatening.

The other adults have been recovering.

Police said they aren't sure how many people were in the home at the time of the shooting.

A woman named Cheyanne Willis told WCPO the next morning she'd been shot in the leg and lost her unborn baby.

But Colerain Township Police Chief Mark Denney didn't confirm the pregnancy at a news conference later that night. Then July 17, he revealed Willis' story was a lie: She was not pregnant at the time of the party, Denney said.

It's just one example of how much time investigators have "wasted following leads known to be lies," Denney said.

"From the very beginning of this investigation, we have met significant resistance that is uncommon from victims of crime wanting a resolution," he said.

4. It was not Willis' first encounter with violence.

Willis previously told WCPO she was attacked on Christmas Eve 2014, claiming another woman punched her and wrote on her face.

Jim Love, Colerain Township police spokesman, said detectives are looking into information about that case after WCPO told them about it.

5. Two shooters, no description or information regarding motive

Denney said police believe there are two shooters, though officers did not have descriptions when they held a news conference the next day.

Watch the full news conference in the player below:

Denney said police were unsure if the shooters knew the victims, and they don't know if anyone was targeted in the shooting.

Witnesses gave "multiple descriptions," according to an incident report.

The incident report also revealed police found a pistol belonging to "the homeowner" in the front yard. Police Chief Mark Denney told WCPO the gun was not loaded and there was no shootout. He believed it belonged to the person renting the home.

The home is rented out by VineBrook Homes of Huber Heights, Ohio, according to the Hamilton County Auditor's website. Who rented the house is unknown.

While Denney said July 9 there was not a "specific threat" to the community, he emphasized police do not have information regarding the shooters or their motive.

"I would like nothing more in my position to be able to stand up here and tell the community they have absolutely nothing to worry about, but I'm not going to provide statements or information that's false just to make people feel better," Denney said.

Denney told people to keep their "house locked and lights on."

Still, by July 10, Love said it appears "this is an incident that shouldn't give worry to the rest of Colerain."

Someone has offered a $10,000 reward for tips in the case. Love said the donor wants to remain anonymous but is offering the money for information leading to the arrest of the shooter or shooters.

9. Shooters fled the scene on foot

The shooters fled the scene on foot, Denney said.

The shooters entered the home through the front door, Denney said. He said there is no indication they forced entry, but he reiterated police do not have all of that information yet.

The shooting lasted one to two minutes before they fled.

911 operators struggled to get information from victims and witnesses. It's hard to make out much from calls placed inside the home. Several people scream and sob. A baby or young child cries in the background.

"I just seen two people walk by," he said. "I looked outside, next thing I know they just ran in and just started shooting."

The operator tried to find out how many people were inside or have been shot. The man couldn't say.

"Why would somebody come do this?" he asked quietly.

Listen to the call below (may contain profanity):

12. Incident is one of the largest multi-victim shootings in Greater Cincinnati

The incident is one of the largest mass shootings in the Tri-State in recent years. The "shootout" at the Cameo Night Club in Cincinnati on March 27 earlier this year killed two and wounded 15. One man faces murder charges in that case; the other alleged shooter was killed.

MORE: Read about other notorious killing rampages in the Tri-State.

A triple shooting in Colerain Township left two teen sisters dead on Oct. 21, 2015. Their brother, Matthew Hayden, 22, pleaded guilty to killing them and wounding their friend outside their home. Hayden was sentenced to life in prison last April.

Eight members of the Rhoden family were shot to death in Pike County on April 22, 2016. No one has been charged in their deaths.

Police asked anyone with information to call Crime Stoppers at 513-352-3040. Tipsters can remain anonymous.