The worst Hamilton County roads will get fixed soon, thanks to an increase in funds for resurfacing projects 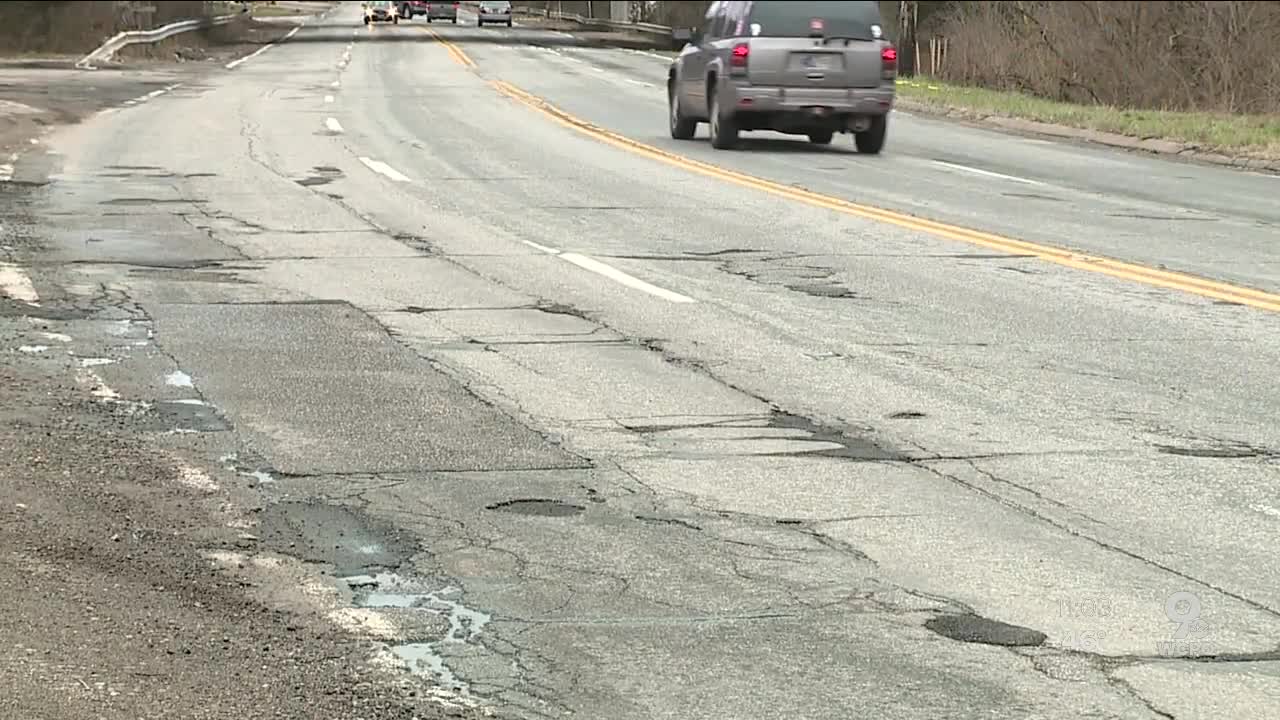 With double the money to fix the worst stretches of roads, the Hamilton County Engineer's Office said double the work is going to get done.

CLEVES, Ohio — The worst stretches of Hamilton County roads will be getting a fix sooner rather than later.

Money from a gas tax increase is being put toward resurfacing projects across the state of Ohio, including double the annual improvements in Hamilton County.

For Jennifer Burch of the Li'l Goodie Shoppe, a permanent solution to the part of Harrison Avenue in Cleves can't come soon enough.

“It’s been an awful road for so long, so it will be really nice to see it improved upon,” Burch said.

The Li'l Goodie Shoppe is a family affair for Burch. It's been run by three generations of ice cream entrepreneurs, started by her grandma.

“Improvements in the road can definitely drive more people toward our business, which is fantastic," Burch said. "That’s what we want is people coming by and seeing that we’re here.”

Burch said this road has been a problem for years, but lately it's been exacerbated by heavy traffic due to new development in the area.

"If anything happens on 275, it all gets rerouted here onto Harrison Avenue and it can get incredibly backed up," Burch said.

Fortunately for Burch and the Li'l Goodie Shoppe, a fix is just around the corner.

"The gas tax increase went into effect last year, so we haven't seen a full year of revenue from it yet, but we're anticipating about a $1.6 million to $1.8 million increase," acting Hamilton County Engineer Eric Beck said.

If the projections turn out as Beck thinks, he said there should be grinding and paving on Harrison Avenue by summer.

"We're able to double our resurfacing contract for this year," Beck said. "Typically, we do about $2 million per year. This year, we're going to shoot for about $4 million in resurfacing."

The county fixes the worst roads that see the heaviest traffic first, so smaller streets could take a longer time to get repaired.

“We are making progress," Beck said. "The problem has been that costs have continued to go up. It costs us more to pave roads every year. So, it’s kind of less and less mileage we can do every year, so now we can hopefully increase that mileage and do a little bit of catch-up.”

Beck said the calls the department is receiving from drivers pointing out problem spots on the roads are making a difference. The complaints are used to illustrated the impact a bad road has on drivers when the county applies for grants.