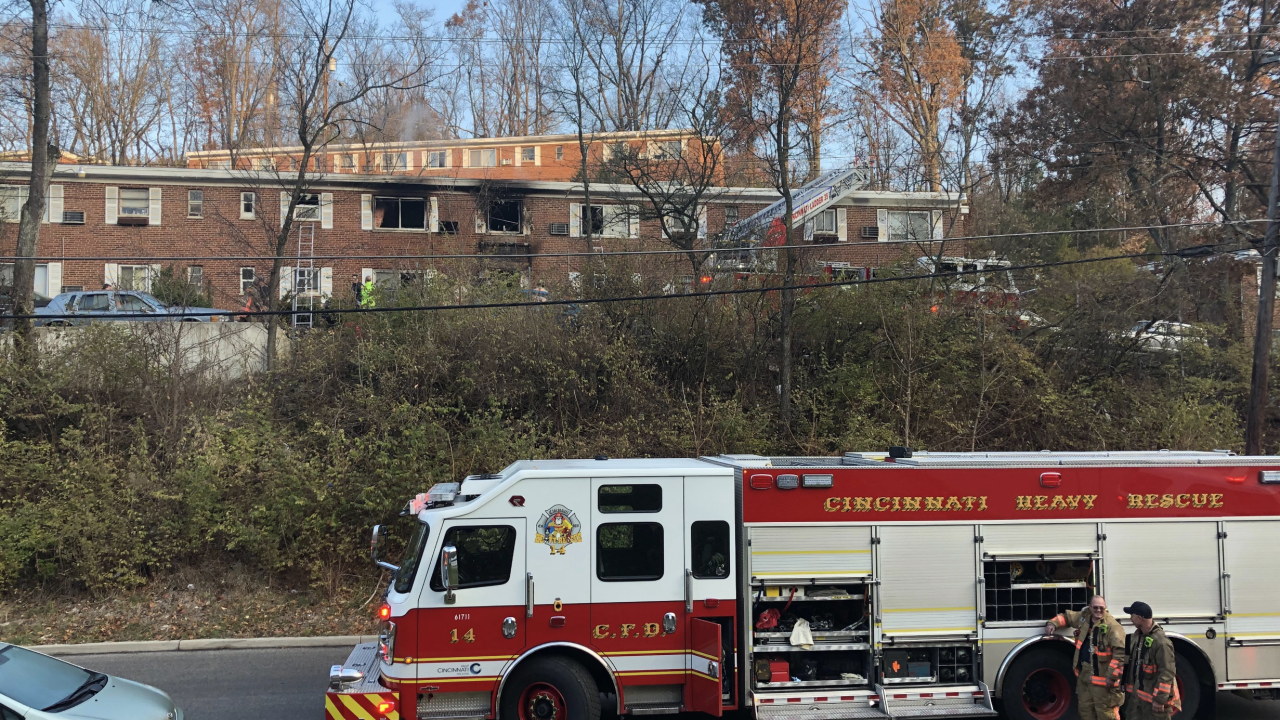 Copyright 2019 Scripps Media, Inc. All rights reserved. This material may not be published, broadcast, rewritten, or redistributed.
Dwayne Slavey
Three people, including a firefighter, were hurt in a fire on Tuesday, Nov. 19, 2019 at a Westwood apartment building.

Hamilton County Prosecutor Joe Deters on Friday added seven new charges, including two counts of murder, to the rap sheet of a man accused of starting a deadly apartment fire in 2019.

According to Deters, Rashid intentionally started the fire inside the Gobel Avenue apartment complex where he lived on Nov. 19, 2019.

Because the fire had been started directly in front of the second-floor stairway, some of Rashid’s neighbors were forced to jump from their windows to escape, injuring themselves in the process.

Another resident suffered severe burns and smoke inhalation before firefighters were able to retrieve him from the building. He died of his injuries six days later, Deters wrote.

“People who set fires are dangerous and need to be off the streets for the protection of the community,” Deters added in a news release.

Rashid has been held in the Hamilton County Justice Center since his arrest.