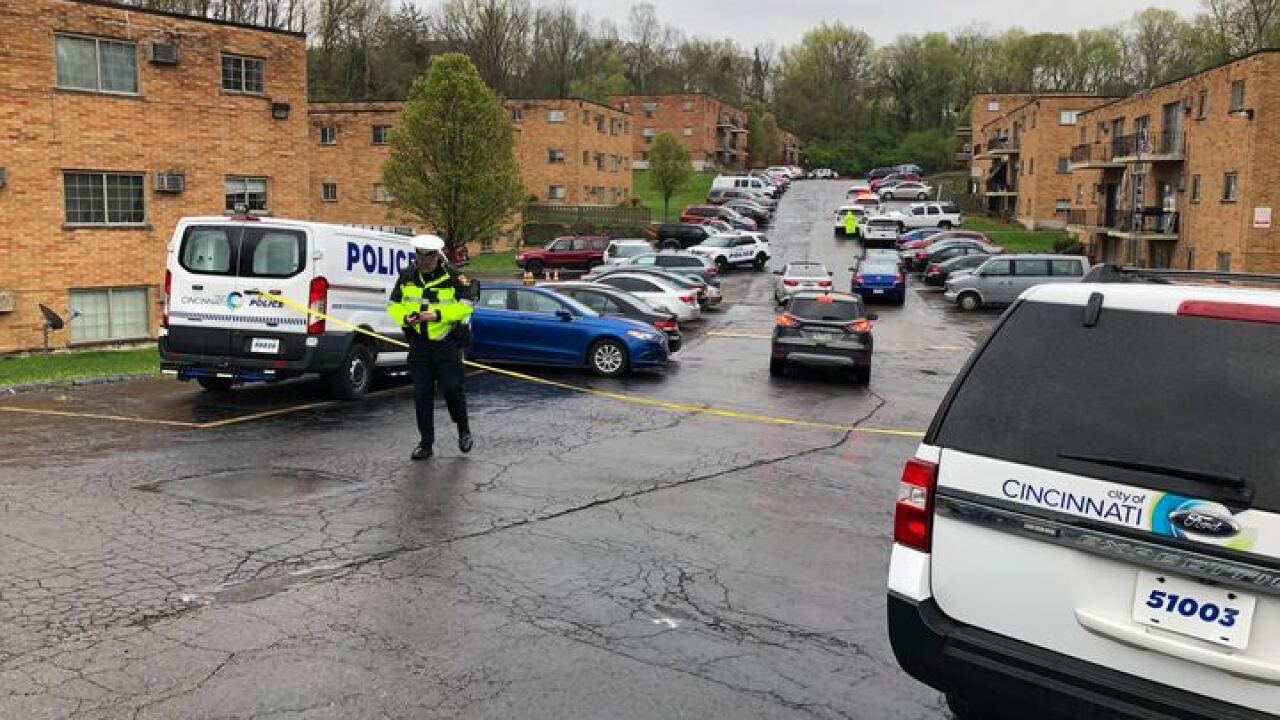 CINCINNATI — Police arrested a man Saturday in connection to the Friday morning death of Patricia Woods, who was found shot to death at the Renata apartment complex in Westwood.

Police did not immediately provide details about the circumstances that led to Friday’s shooting.

Woods was the second person killed at the Renata apartments in two days.

Police believe the first, 53-year-old Fred Spivey Jr., was shot to death during a confrontation with suspect Tommy Green.

Green, 44, would be arrested Friday, around the same time officers were called back to the complex to investigate Woods' death.

Investigators have not linked the two crimes, but both are part of a trend that community anti-violence advocates have described as deeply disheartening. The period between mid-March and mid-April was "the worst 28 days of gun violence that we've seen in the last four years," assistant police Chief Paul Neudigate said Thursday. Cincinnati police data shows nine reported homicides, 13 rapes, 77 aggravated assaults and 76 robberies in that span. Six of the nine homicides took place in the same weekend.