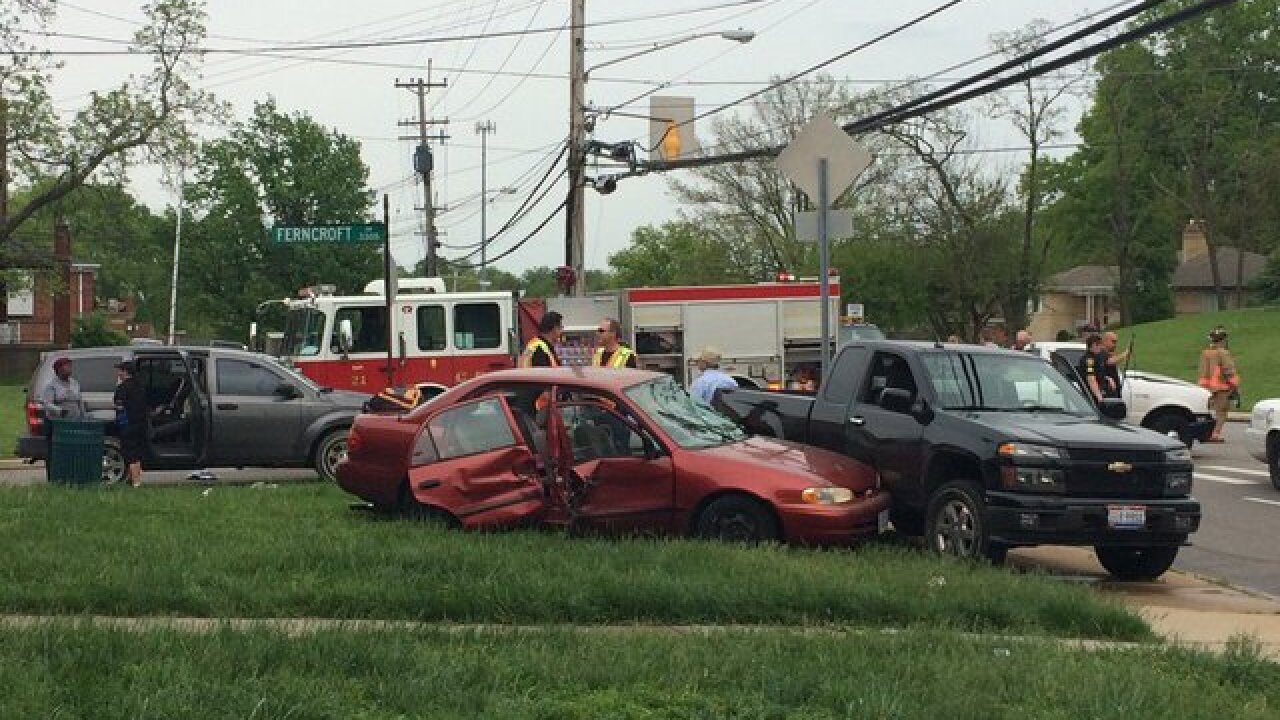 Emergency crews responded to the scene, where they worked to retrieve a driver and two children, one 9-year-old and one 6-year-old, from a vehicle that had crashed into a pick-up truck off the road, according to authorities on the scene.

Donald Law, who lives nearby, said the driver was trapped in the car.

Law said speeding is a problem on the boulevard.

"These cars come up here like -- well, I don’t want to say the word I’m thinking about," Law said.

He and another neighbor, Monty Walton, both said they'd like to see a traffic light at the intersection.