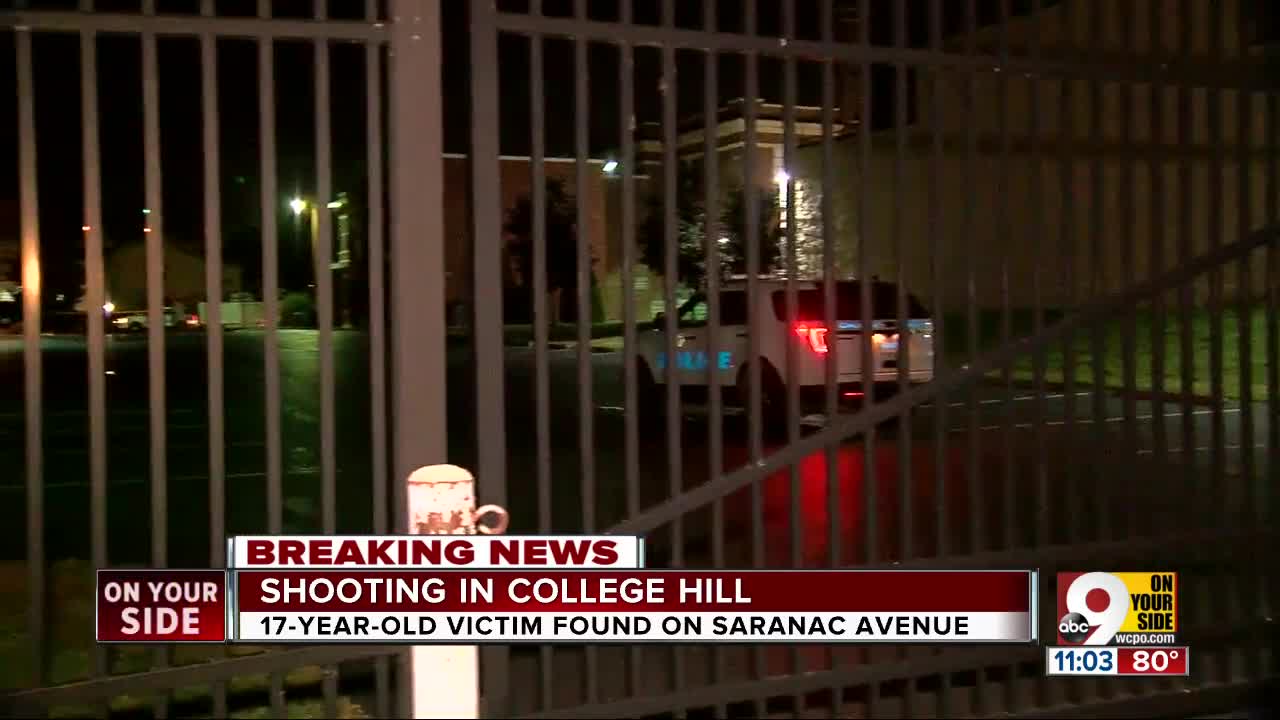 At least four people — two of them teenagers — were shot Tuesday night between 7 and 11, the yellow-taped crime scenes spanning from Sedamsville to College Hill.

CINCINNATI — At least four people, two of them teenagers, were shot Tuesday night between 7 and 11, the yellow-taped crime scenes spanning from Sedamsville to College Hill.

Only one victim died, but the burst of gun violence represented a new level of intensity in a summer already making headlines for a series of devastating homicides.

The first call arrived around 7 p.m., according to police. A victim had been shot in the knee. He would recover, Lt. Steve Saunders wrote in a brief statement to news.

Around 8:30, Anthony Schardine thought he heard fireworks outside his Gilsey Avenue apartment. Then the screaming started, he said. Police Capt. Jay Johnstone confirmed a man had been discovered dead nearby. Officers later identified him as 31-year-old Quinton Bradford Young Jr.

At 9:30, Johnstone confirmed another shooting — this one involving a 17-year-old boy with non-life-threatening injuries on Saranac Avenue.

And then, at 10:22, another: An 18-year-old whose life was in danger as he was transported from Nottingham Road to the University of Cincinnati Medical Center, according to police on the scene.

The Gilsey Avenue homicide was the city's 21st since the end of May. Although police emphasize Cincinnati has experienced a comparatively low homicide rate in 2019 compared to prior years, the attention-grabbing nature of recent incidents — two of which killed young teenage boys — has prompted outreach advocates to redouble their efforts, political leaders to host a community listening session in Evanston and one grieving mother to beg publicly for a change.

“Play the tape all the way through," Eunice McCollum, who lost her son to gun violence June 2, told potential shooters. “Look at the consequences. Do you know how many moms and families you’re going to hurt?”