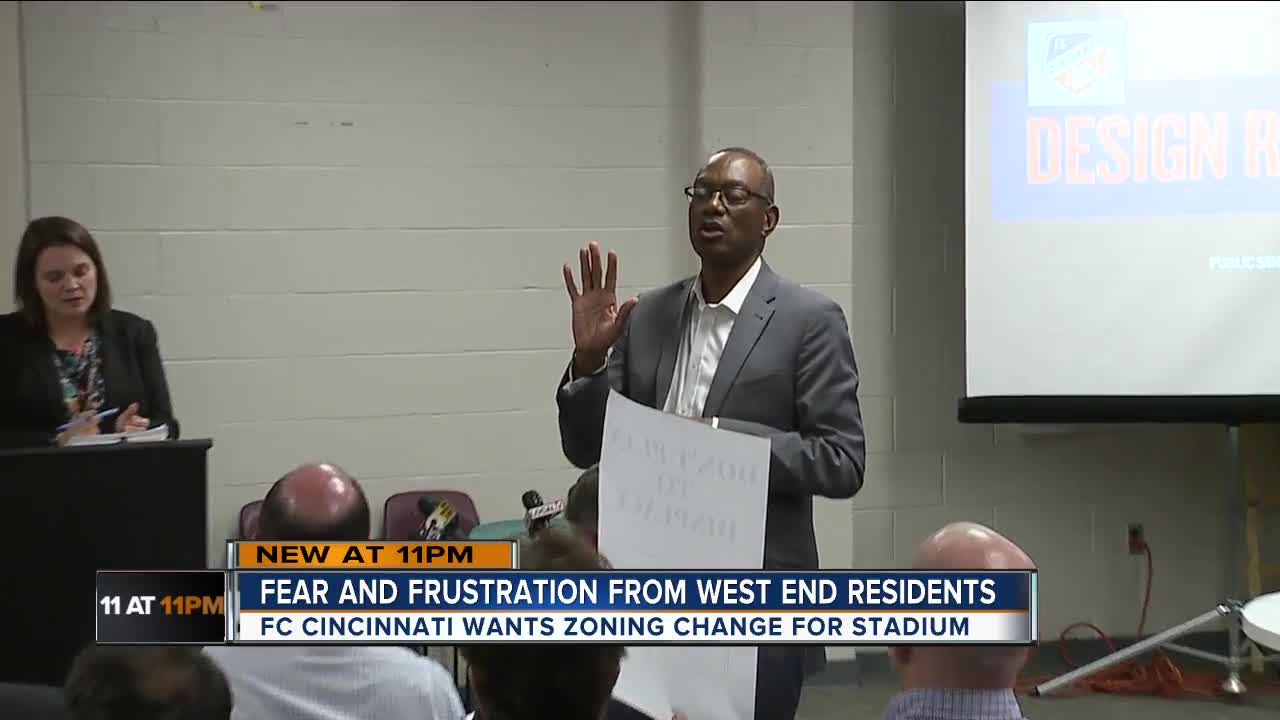 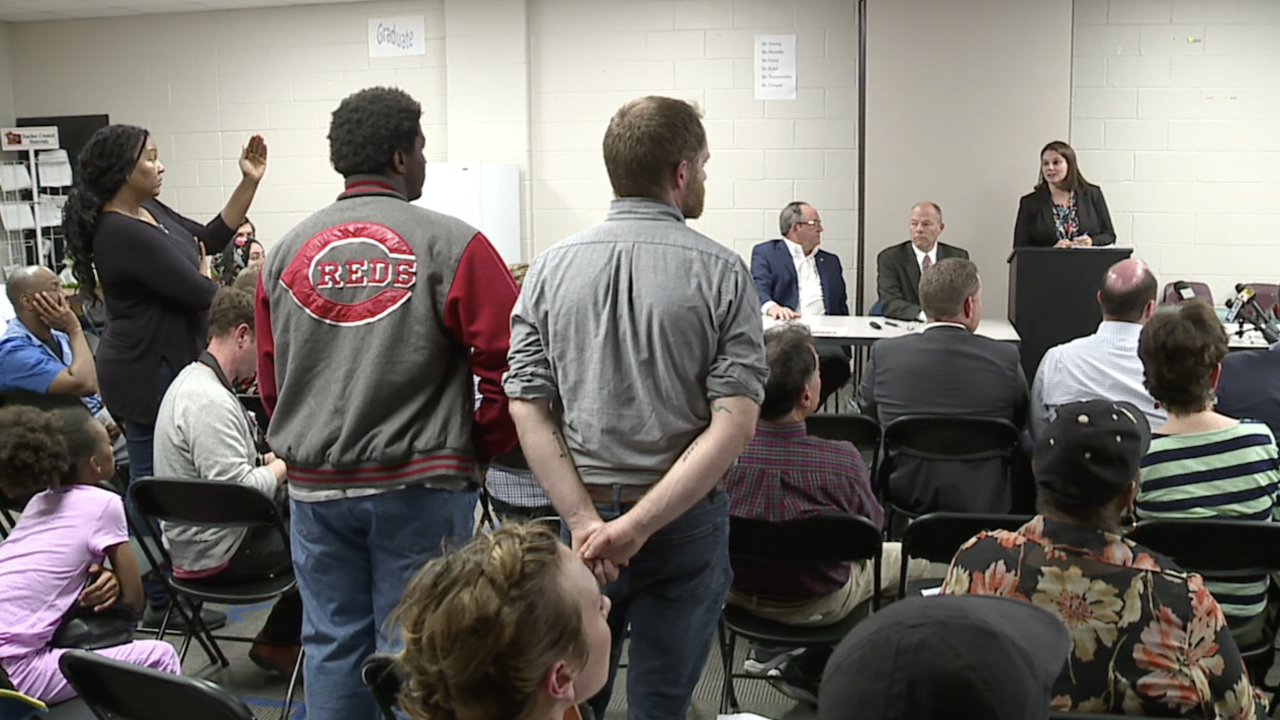 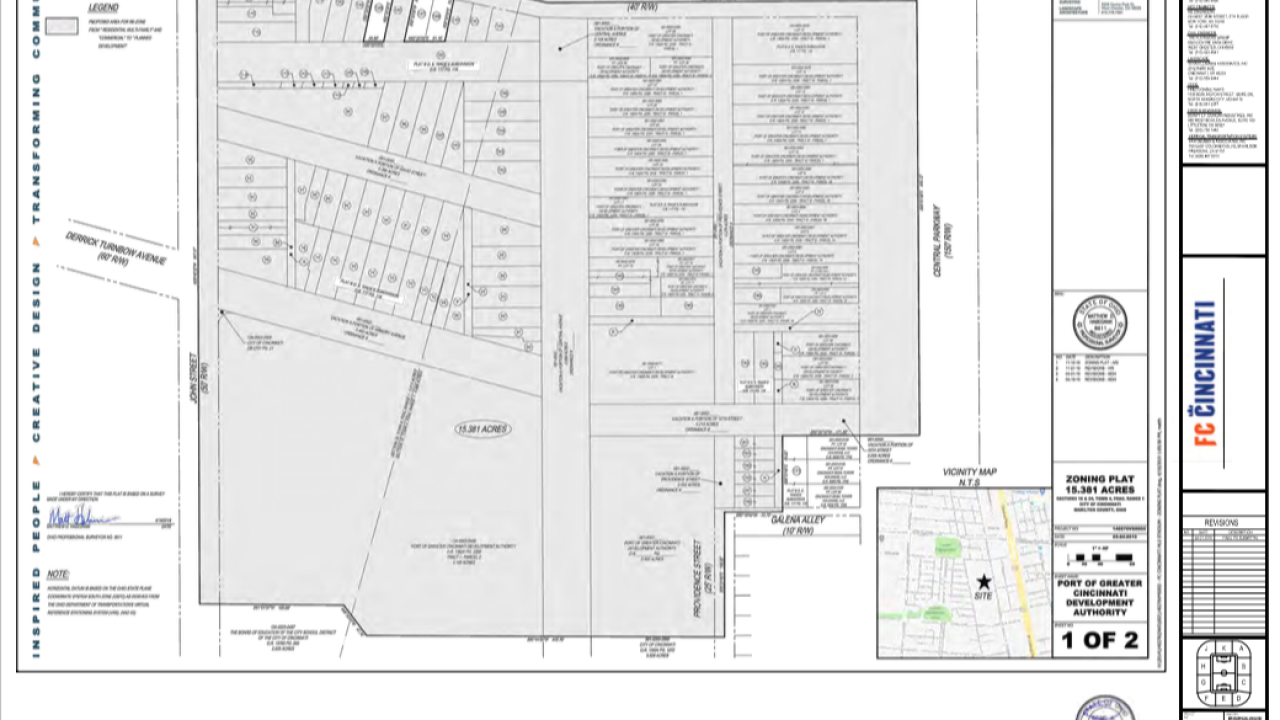 Changes to the new stadium's overall design now means the facility demands a larger footprint in the West End than previously discussed.

Despite promises that no resident of the area will be left without housing, neighbors expressed their concern and frustration during the meeting.

"We were told we had to move and 'Hurry. Sign this form,'" said Crystal Lane, who lives on Central Avenue with her children. "Which, put it in writing that basically you had to say you were okay with it."

She's been a resident in the building for four years, and hasn't received any word on her living circumstances since a letter told her she needed to move out by April 30.

"It's horrible," she said. "You're letting the city know you don't care. You do not care."

Mark Mallory, former Cincinnati mayor and current director of community development for FC Cincinnati reiterated that no one from the Wade or Central Avenue buildings will be without a home, despite a change of zoning request that now requires more land for the stadium.

"We want to make sure that anyone who has to move has an adequate amount of time to do that," said Mallory.

The new issues contradict FC Cincinnati's original assurance to West End residents that no one living in the areas surrounding the stadium would be displaced by the stadium's construction.

"The original plan for the stadium did not involve having to deal with the properties that are in question today," said Mallory. "As the process evolved, there were some design changes. There were some areas that it might make more sense to include in the stadium site now that we've gotten a better understanding of what the construction process will be, what the mechanicals might be, so the situation has evolved."

Mallory told residents present at the meeting that they are working to speak with everyone involved and affected by these changes. He expressed a need for transparency with residents, and open lines of communication so people living in the buildings affected will have ample time to react.

But for many residents, that just isn't enough for a neighborhood that was repeatedly assured no one would have to move before now.

Another resident emphatically expressed her feelings to the group before storming out of the meeting.

"We've got to leave by April 30" she said. "He ain't talked to me about giving me nothing."

The proposed zoning change comes as new data show something troubling happening in the West End.

FC Cincinnati paid for a study looking at housing issues in the neighborhood. In a preliminary report given to 9 On Your Side, an outside consultant shows more than 1,400 renters and more than 400 owners in the West End are at risk of displacement, regardless of whether a stadium is built there.