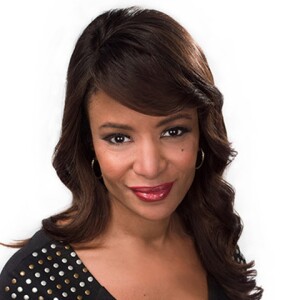 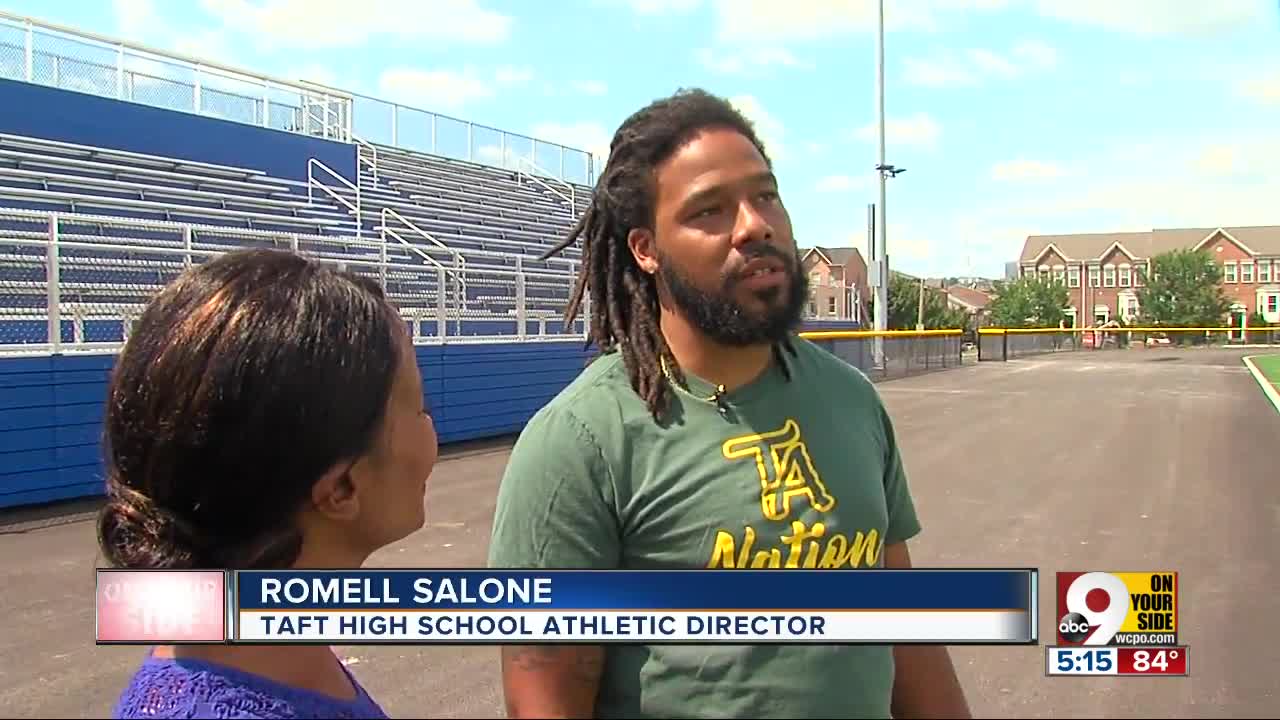 The old Stargel Stadium was demolished to make room for FC Cincinnati's permanent home. The new one opens Aug. 28, and the team is excited to put cleats on grass. 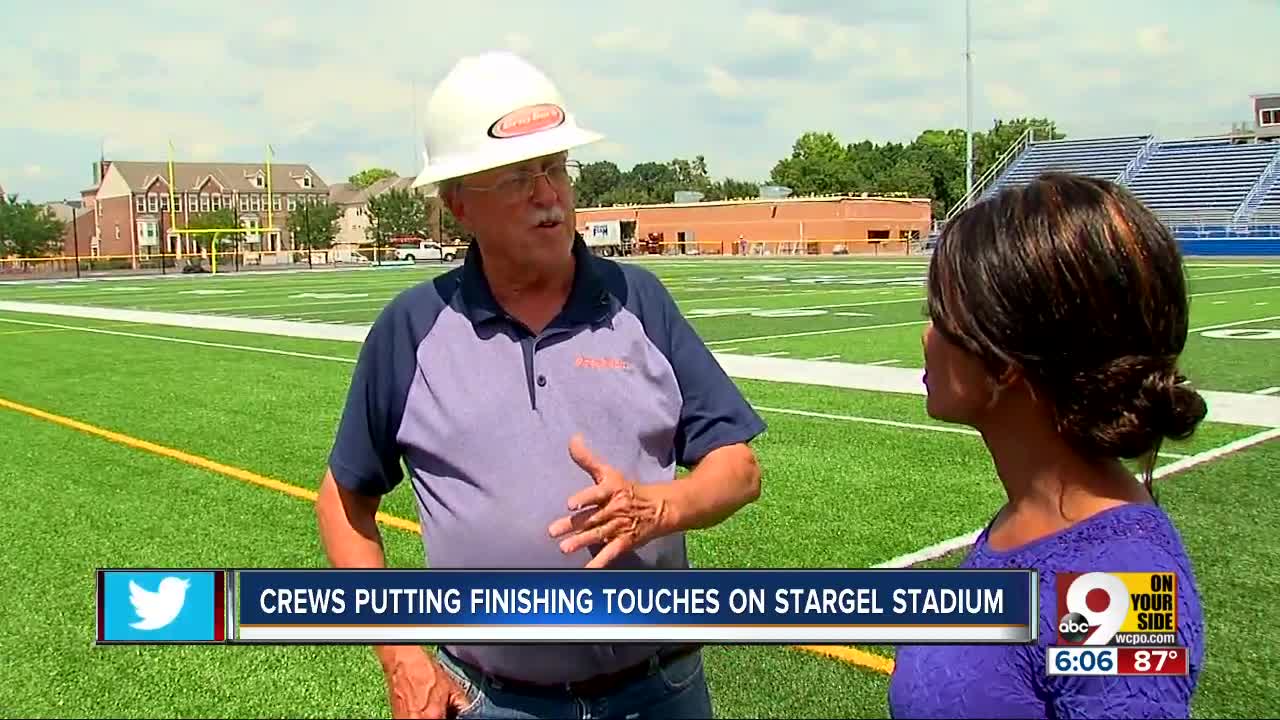 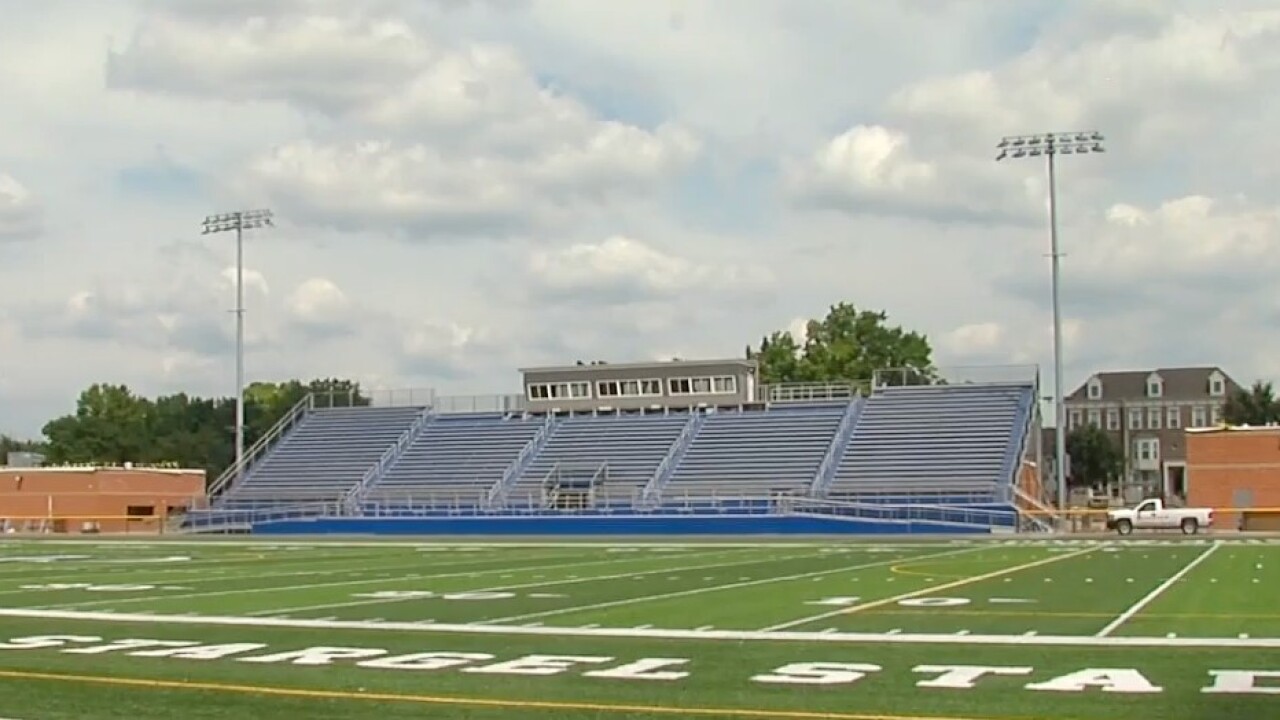 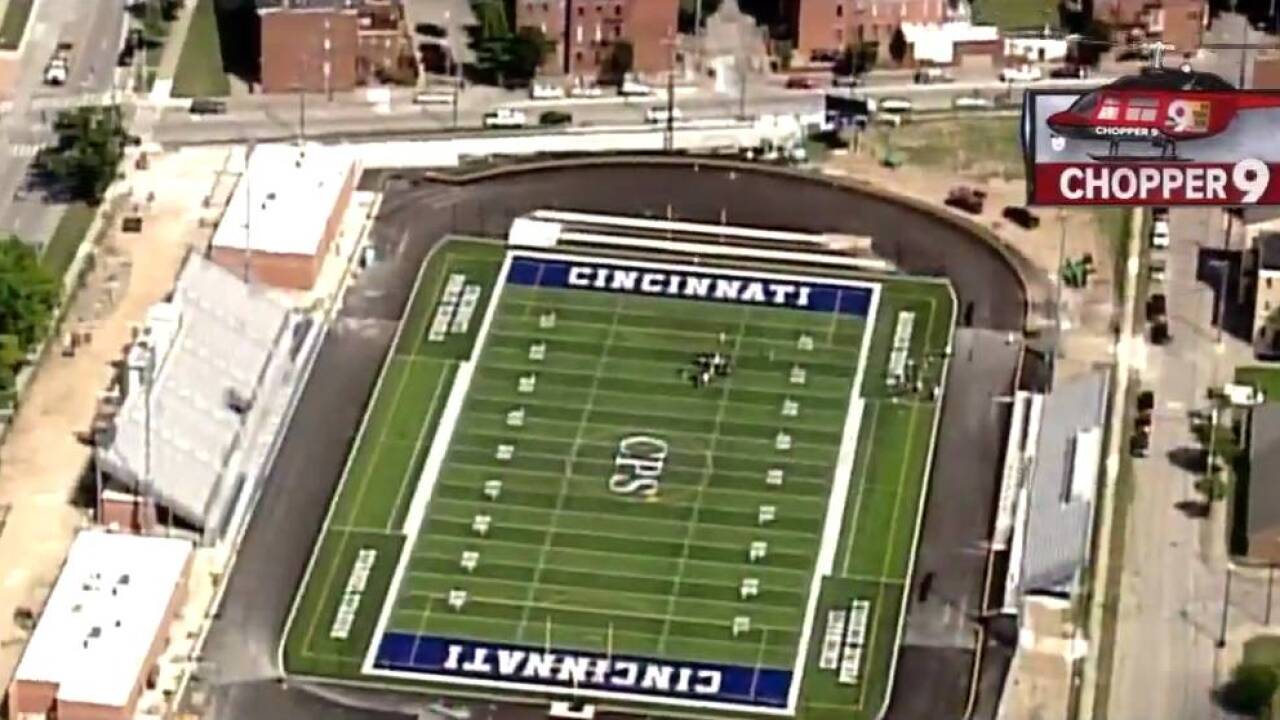 CINCINNATI — Anticipation is building in the city's West End.

In less than two weeks, the Taft High School football team will play its first game at its brand new and improved Stargel Stadium.

"The kids are excited. When we got here on the first official practice, they were out here ready. Their energy was up. You know, it's just good to be home,” Salone said.

WCPO got a chance to see the facility up close Friday and found out there is still work to do.

The turf is installed and the field is already being used for practice. The scoreboard is up. But crews are still busy and they'll have to work fast to get things ready with the first game just 12 days away.

“I’ve been rushed the whole project,” said Dan Pickard, one of the project supervisors. “The project was slow to get started because of a lot of complications we went through.”

But Pickard promised that the $10 million facility will be game-ready for the opener against Northwest on Aug. 28.

FC Cincinnati paid the tab for a new, upgraded Stargel Stadium across the street from the high school in a deal with Cincinnati Public Schools. The soccer club bulldozed the old Stargel after last football season to make room to build a new Major League Soccer stadium.

That led to a lot of hard feelings in the West End, but Pickard said he’s heard positive comments from people who stop by.

“At first a lot of people would come and say, ‘Is this part of that new soccer arena?’ And I'd say, ‘No, this is for the high school, the new Willard Stargel Stadium,’ and that sort of turned the conversation into a more positive,” Pickard said.

"Everyday someone comes by and asks me how the project is coming … they all seem to be very excited.”

Salone said the new Stargel Stadium will be worth the wait.

“It's definitely an upgrade. It's going to be a beautiful facility once it's all said and done,” Salone said. “Just the amenities that we were able to get added is going to be great, not only for Taft High School but for the district.”

Seven other schools and organizations also will use the stadium.

“We will have a state-of-the-art weight room that we didn't have in the old stadium. We will also have a training area,” Salone said.

The Taft-Northwest game will be the first football game of the season in Southwest Ohio. It's part of the Skyline Chili Crosstown Showdown.

"We're working seven days a week until it is done," Pickard said.

He said the entire facility will be completed in time for ribbon cutting on Sept. 13.