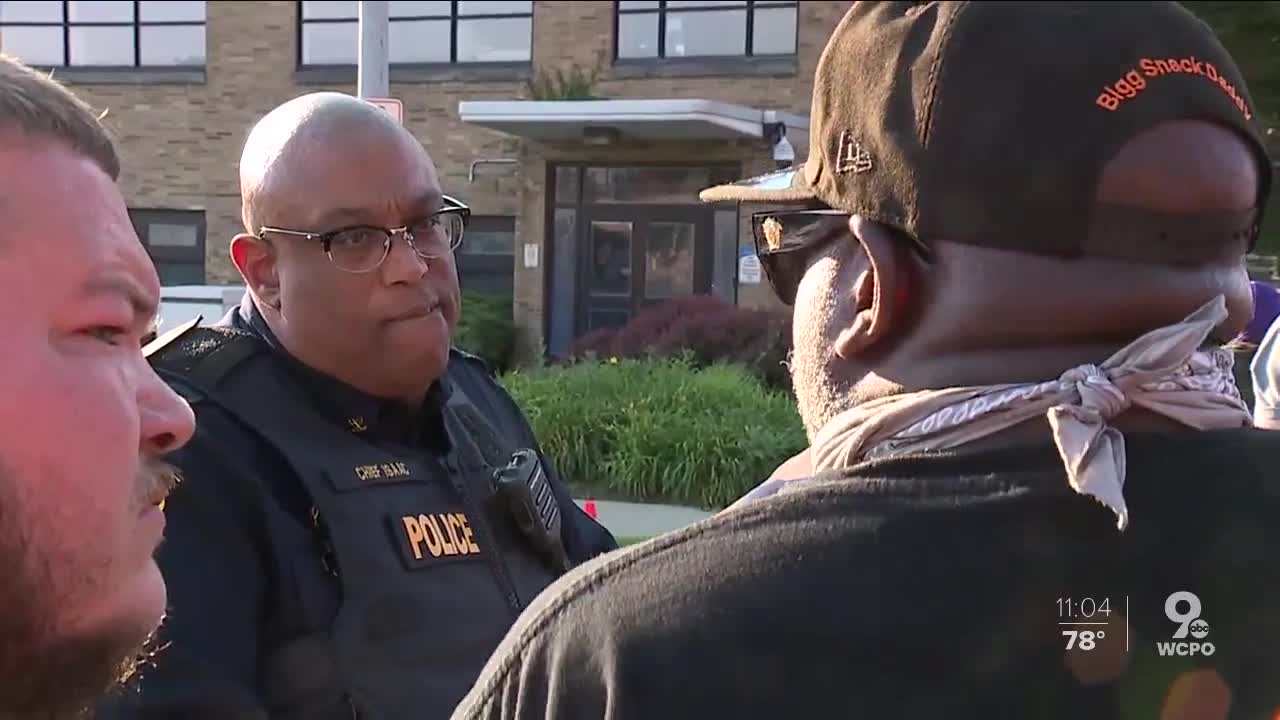 Protesters gathered in Cincinnati for the sixth day straight, peacefully protesting near Cincinnati Police District 1 in the West End.

The protests shut down most of Central Parkway in the evening, but a dialogue formed between protesters and officers, including Cincinnati Police Chief Eliot Isaac.

Protesters said they planned to continue to meet each day until police meet and accept more of their requests, but they expressed interest in the dialogue from the day.

"I know people are still angry, but the officers and some protesters have opened up some good dialogue, and we're starting to talk about what needs to be done and what they're going to do about it," said Jason, a protester in the group who did not want to give his last name.

Others felt the discourse alone wasn't enough yet, demanding more action from officers and Isaac.

"I don't think that is enough," said Tiffany Sullivan, a protester. "We have to after that trust that your actions are lined up with what you're saying by standing, kneeling, marching with us."

Protesters called the demonstrations to an end well before Cincinnati's curfew Wednesday evening, and crowds had dissipated entirely from the area by 9 p.m.

Cincinnati Police announced that as of 11 p.m. Wednesday night, there had been no protest-related arrests throughout the day.

The demonstration group that gathered Wednesday vowed to be back Thursday afternoon for another day of protesting.