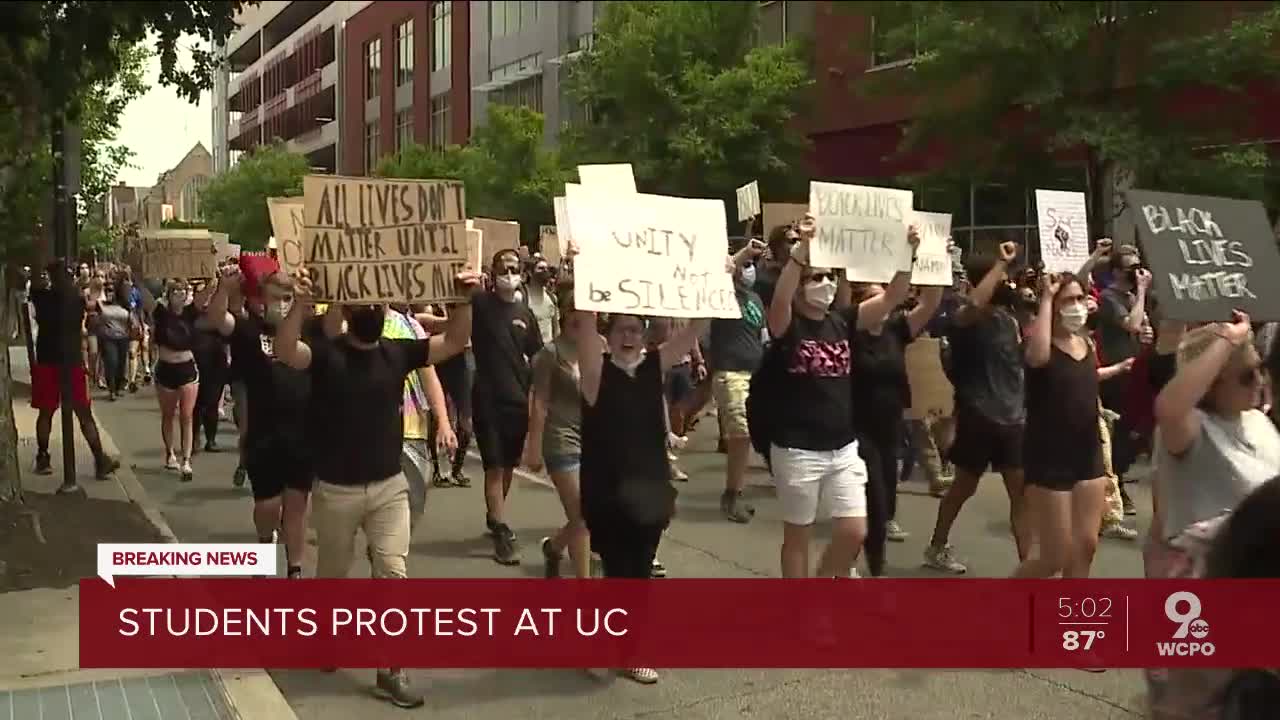 College students from the Tri-State formed their own peaceful protest Wednesday afternoon in the wake of the Minneapolis police killing of George Floyd.

CINCINNATI — College students formed their own peaceful protest Wednesday afternoon in the wake of the Minneapolis police killing of George Floyd.

Hundreds from the University of Cincinnati and nearby colleges marched in the streets around the UC campus. It was a well-organized event put together in about eight hours by a group of UC students.

College students marching in cincinnati but have a plan to avoid blocking traffic and remaining peaceful. @WCPO pic.twitter.com/J615BCEBnP

The event started at 1 p.m. with speeches. The group listed several demands, including police reform and better treatment of protesters put in jail.

Then they walked around the UC area past businesses, where a lot of employees and customers showed their support.

The organizer, UC student Myriam Wane, said the crowd was bigger than she expected.

Students from Ohio State, Northern Kentucky University and the University of Kentucky also participated. They expect to gather again this weekend at a date and time to be announced.

“It’s important that this momentum is kept,” Wane said. “A couple people woke up and decided to organize, but it has to keep going. I kept saying, ‘When I get tired, give me energy, give me energy, help me help you.'