Ono hops on board with Uptown streetcar plan 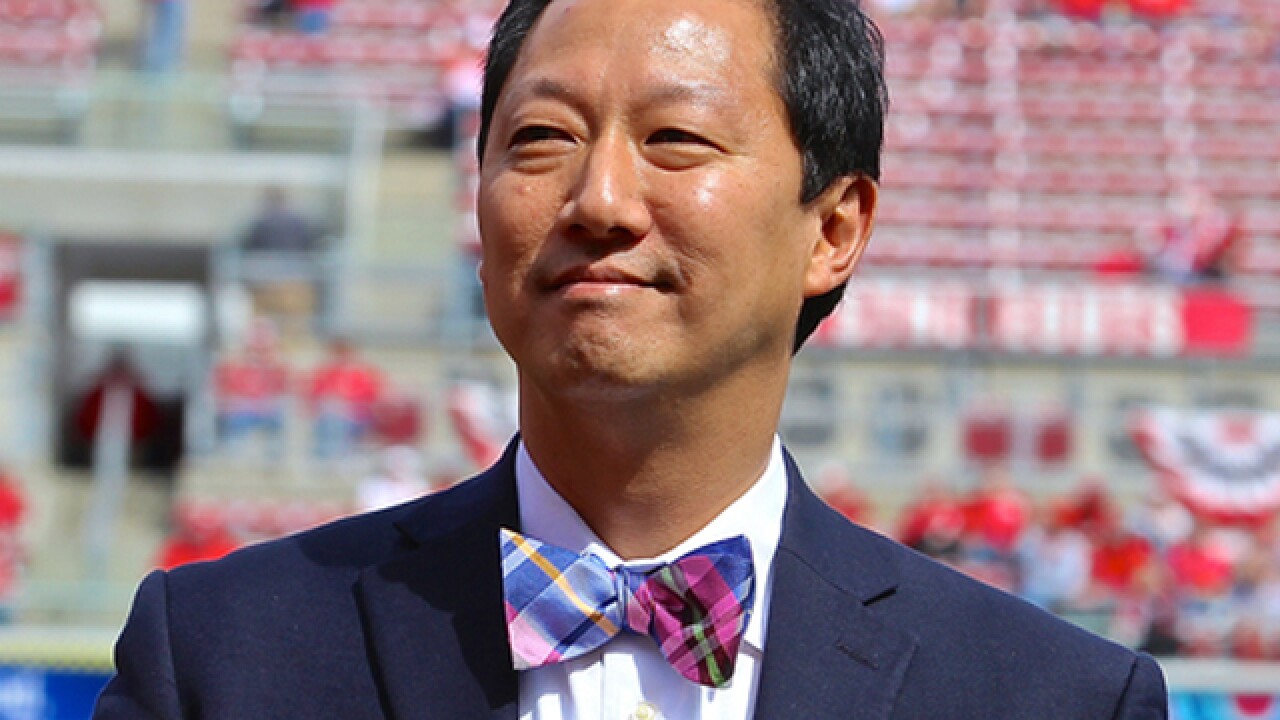 CINCINNATI — For the first time, the University of Cincinnati’s top administrator put his support behind a proposal to take the streetcar Uptown.

During a keynote speech at the high school technology competition TechOlympics last weekend, UC President Santa Ono touted the importance of having what he called “easy” and “affordable” transportation options in Cincinnati.

He also spoke about the importance of connecting the city’s Downtown and Uptown neighborhoods, pointing to an Uptown streetcar connection as the way to make that happen.

“I’m excited about the streetcar,” Ono said, “but I want the streetcar to come Uptown and so students who are in Uptown can actually go Downtown.”

Ono, who is now the incoming chair of the non-profit Uptown Consortium, framed his support of the plan by touting the university and surrounding areas’ recent resurgence — one he said has mirrored that which the city has seen in Over-the-Rhine. He also equated Uptown’s economic impact on the region to Downtown’s, citing the number of medical facilities, new restaurants and retailers, the Cincinnati Zoo and the university itself.

He said he thinks the streetcar would be a vehicle to keep that momentum going.

Part of that momentum — and something he made sure to mention to the 500 high school STEM students currently weighing which college to pick — will be a research and development park located on about 100 acres of land currently being acquired by UC. The park would be home to tech incubators and start-ups which, Ono said, could provide students the opportunity for internships and later employment.

“What we envision is to create a research and development park that will rival the best ones in the nation,” he said.

“The Uptown area, keep your eyes on it.”

Initial phase 1 plans for the streetcar’s development included a connection to Uptown, but planning for that stretch has stalled as city and transit authority leaders have labored over the last year to hammer out details surrounding construction and operation of the streetcar’s starter loop, which will connect OTR, Downtown and The Banks once it launches, currently set for September.

How to pay for the first year of operation alone has been the point of extended disagreement among some in City Council chambers, and some reports have projected a shortfall in funding.

After mentioning his support for the streetcar, Ono joked, “Now I’m in trouble because some of you guys might actually tweet that, and some people are going to ask me, ‘How are we going to pay for it?’

“They might actually knock on my door and ask…”

Follow Pat LaFleur on Twitter (@pat_laFleur) for all things public transit and living car-free in Cincinnati and Northern Kentucky.