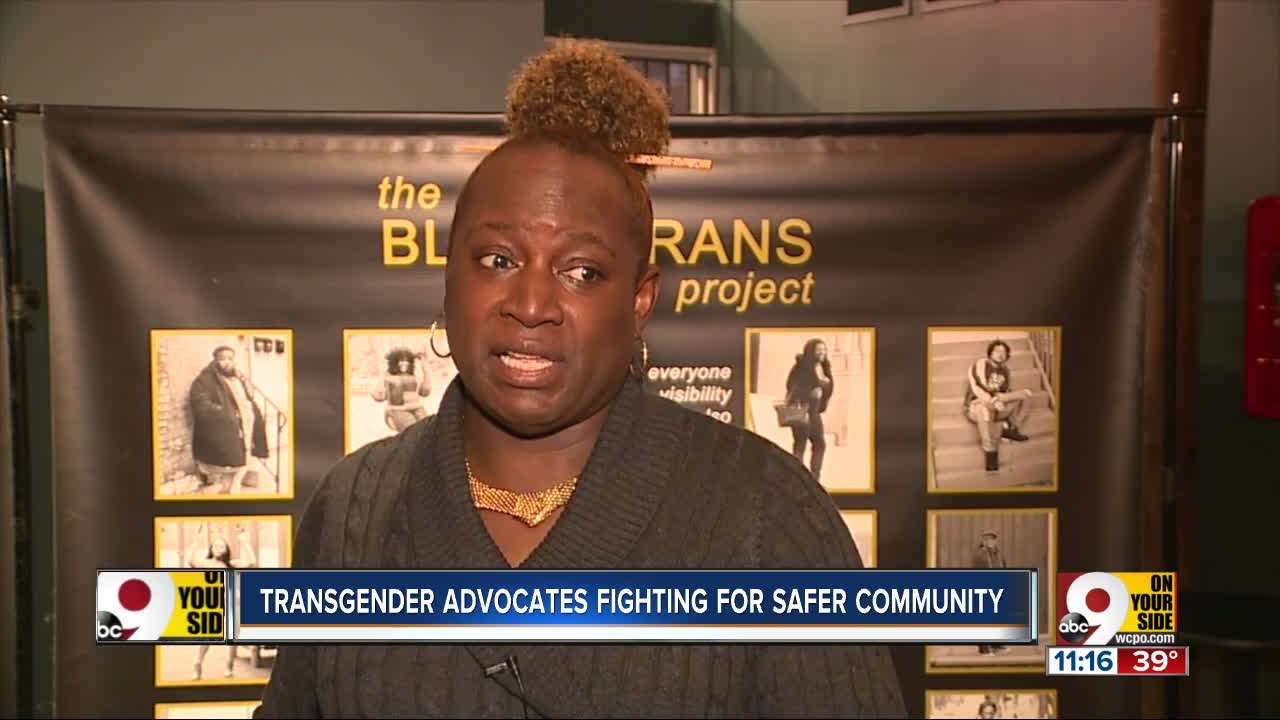 A crowd of over 100 gathered Wednesday night at the Woodward Theater to mark Transgender Day of Remembrance and mourn transgender people murdered across the country since the start of 2019.

CINCINNATI — A crowd of over 100 gathered Wednesday night at the Woodward Theater to mark Transgender Day of Remembrance and mourn transgender people murdered across the country since the start of 2019.

“It’s scary, wondering, ‘Am I going to be the next one?’” said Arykah Carter, who spoke to the group. “More frequently than not, these people are killed by people they’ve had relationships with, intimate relationships.”

According to Newsweek, some advocacy organizations estimate as many as 331 transgender people have been killed in homicides across the planet since 2019 began. The Human Rights Campaign, a lesbian, gay, bisexual, transgender and queer rights advocacy organization, recorded 26 in the United States and wrote that more have likely gone un- or under-reported.

Both numbers might seem like drops in a bucket compared to general homicide rates, but they loom large in the lives of people already accustomed to stigma, discrimination and hardship that extends into social and physical spheres.

Suspects in some murder cases have attempted to use a defense known as “trans panic” — claiming that they were so angry to learn that a person they had flirted with was transgender that they attacked.

She added she believes conditions have improved substantially during her lifetime. Her family, which at first rejected her when she came out, is speaking to her again. She’s been able to find a job that accepts her and see transgender topics surface in mainstream news coverage.

But Transgender Day of Remembrance is proof there’s still work to be done.

“It is a Memorial Day we would prefer not to have,” she said.

Carter created a traveling photography exhibit called the Black Trans Project in part to serve as an antidote to the transphobic stereotypes that lead to discrimination and violence. Like many of the victims on the Human Rights Campaign’s list, she’s a black trans woman herself. Her photos show other black trans people playing sports, walking in parks and, often, making eye contact with the camera.

“By and large, trans women are regular people like anyone else,” she said. “And so I just thought it was important to show people in an everyday light. Everyday people in their everyday life. Nothing special, nothing extra, nothing overdone.”

Carter disagreed slightly with Weaver — she said she believes living as a transgender woman is about the same as it’s always been. That means it’s scary. It also means she has motivation to keep fighting for her community.

“There’s life that we’ve lost, but there’s also the opportunity to celebrate the life that still exists here right now,” she said.