Toddler's death should be a warning to other parents, mother says 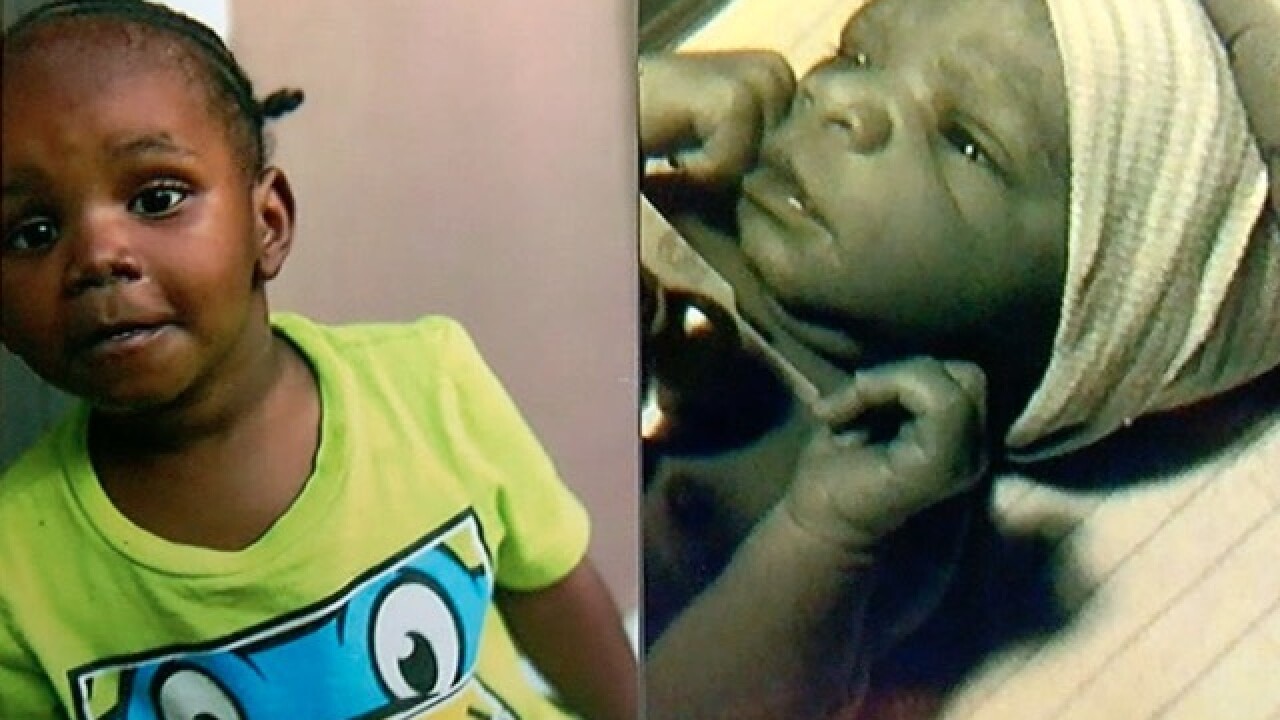 Copyright 2018 Scripps Media, Inc. All rights reserved. This material may not be published, broadcast, rewritten, or redistributed.
<p>Bianca Humphrey keeps photos of her son, Prentice, displayed at home.</p>

CINCINNATI -- Bianca Humphrey keeps a green band around her wrist all the time now. It's there to remind her of the lives her son Prentice saved.

"He was really something else," she said. "He wasn't really a crybaby. He was more of a kidder. He would walk through the house and play with his brother, hit him and then run back and take his toys and hide them from him," she said.

Humphrey decided to donate 2-year-old Prentice's organs when he died last September. They went to five people, she said, from children around Prentice's age to a middle-aged man.

"The 46-year-old got his kidneys where they had to take both his kidneys, fuse them to together to make one kidney," Humphrey said. "Someone got his liver, his intestines, his heart."

Humphrey knew her son saved those people; but until last week, she had no idea how he died. She also said she had no idea what his babysitter was doing while Prentice was under her care.

Her loss, she said, should be a wake-up call to other parents.

When Prentice died Sept. 23, he'd been in a hospital for four days. The coroner's office had ruled out blunt-force trauma, so Humphrey waited on a toxicology report.

"It became a mystery to me at some point," she said. "To me, I got little overwhelmed and frustrated trying to figure out what was taking hold of him"

Last Thursday, three months and 20 days after Prentice died, Humphrey got the news: Her son's babysitter, Rolitha Williams, was being arrested. According to police, Prentice ingested about nine pills Williams had left out. Police charged her with endangering children. The case goes to a grand jury next Monday.

Humphrey had Williams watch her sons because they were neighbors and their kids played together. Williams babysat other children, Bianca said, and she trusted her.

Sept. 20 was the last day Prentice spent at Williams' home. Humphrey said she dropped him off at about 2:10 p.m. so she could be to work by 2:30. A few minutes before her eight-hour shift ended, she got two text messages from Williams: one, saying she'd just fed the children, and another asking if Prentice had seizures. He didn't. At first, Humphrey said she thought her son might be having a nightmare.

When she got to Williams' home, she saw it was much worse: Prentice was blue and lifeless.

"You could clearly see that she shouldn't have been texting me. She should have been calling 911. I mean, because that’s the vision I still get in my head. People don't understand: I still get that vision," Humphrey said.

According to Hamilton County court records, Prentice had gotten into the pills because they'd been left unsecured. Humphrey said she learned Williams didn't stay with her sons; instead, Williams told first responders was gone four to six hours. Bianca thinks Williams was gone longer than that, maybe the entire time she was at work.

After it was clear Prentice wasn't going to live, Humphrey decided to donate his organs because of a very personal experience: Her father was a kidney recipient. She hopes her son can save lives even beyond his organ donation, though: She wants other parents to learn from what happened to him so it doesn't happen again.

Anyone who's willing to watch a child, she said, should also be willing to have nanny cams.

"Be more thorough on who you let watch your children -- even if it's family, friends," she said. "Be more aware of who is caring for your child."