Attendance may be record-breaking 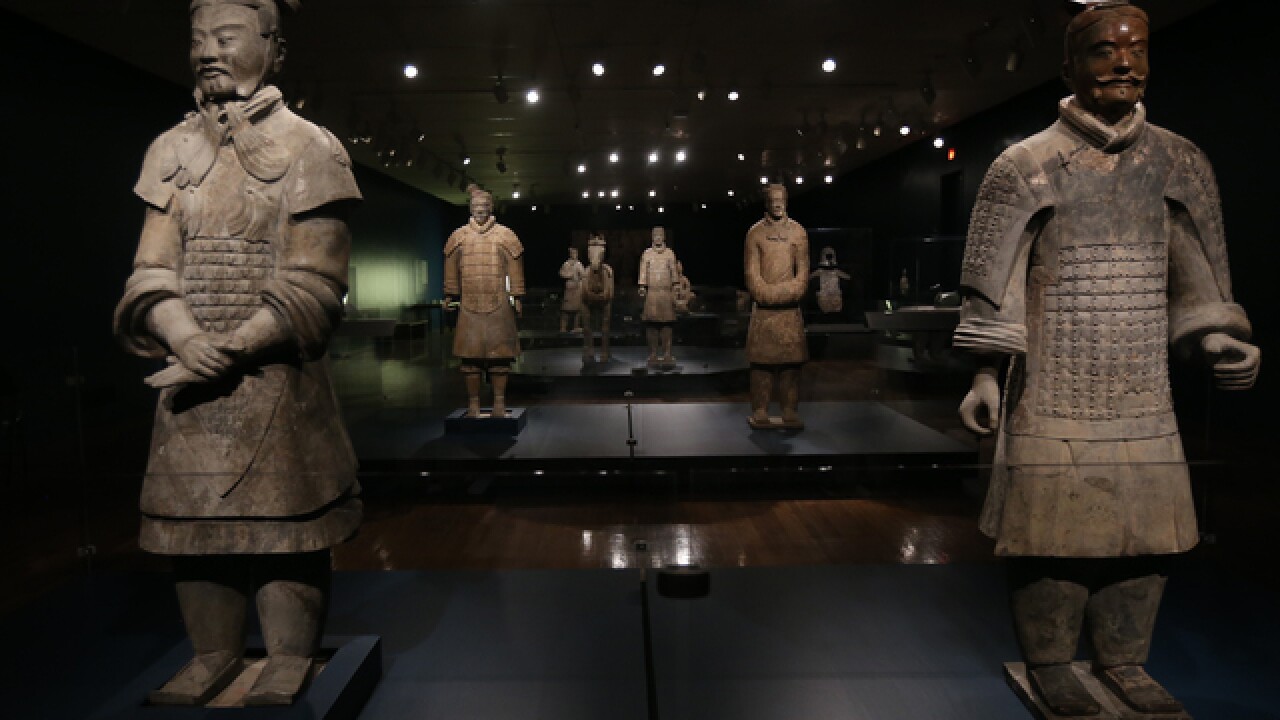 CINCINNATI-- Sorry to march all over your weekend plans. If you wanted to check out the Cincinnati Art Museum’s Terracotta Army exhibit, it is sold out!

The museum announced Friday that general admission tickets are sold out for the remainder of the exhibit. The last day is Sunday.

The final numbers are not in yet, but according to Jill Dunne, Director of Marketing and Communications, this exhibition is likely to set an attendance record for the museum.

The exhibit, “Terracotta Army: Legacy of the First Emperor of China,” opened in Cincinnati in April.

It showcases the findings from an ancient site in China.

Chinese farmers were digging a well in a rural area of Xi'an, China in 1974 when they came across pieces of what appeared to be ceramic armor.

No one knew what it was at first. Turns out, the farmers had discovered more than 8,000 clay soldiers standing guard at the tomb of Emperor Qin Shihuang. It would become one of the greatest archeological discoveries of the 20th century.

Known today as the Terracotta Army, the soldiers are part of Emperor Qin's intricate necropolis that encompasses more than 20 square miles.

Cincinnati Art Museum members may have one last shot to see the exhibit at the museum’s Member Mornings, but tickets are limited.