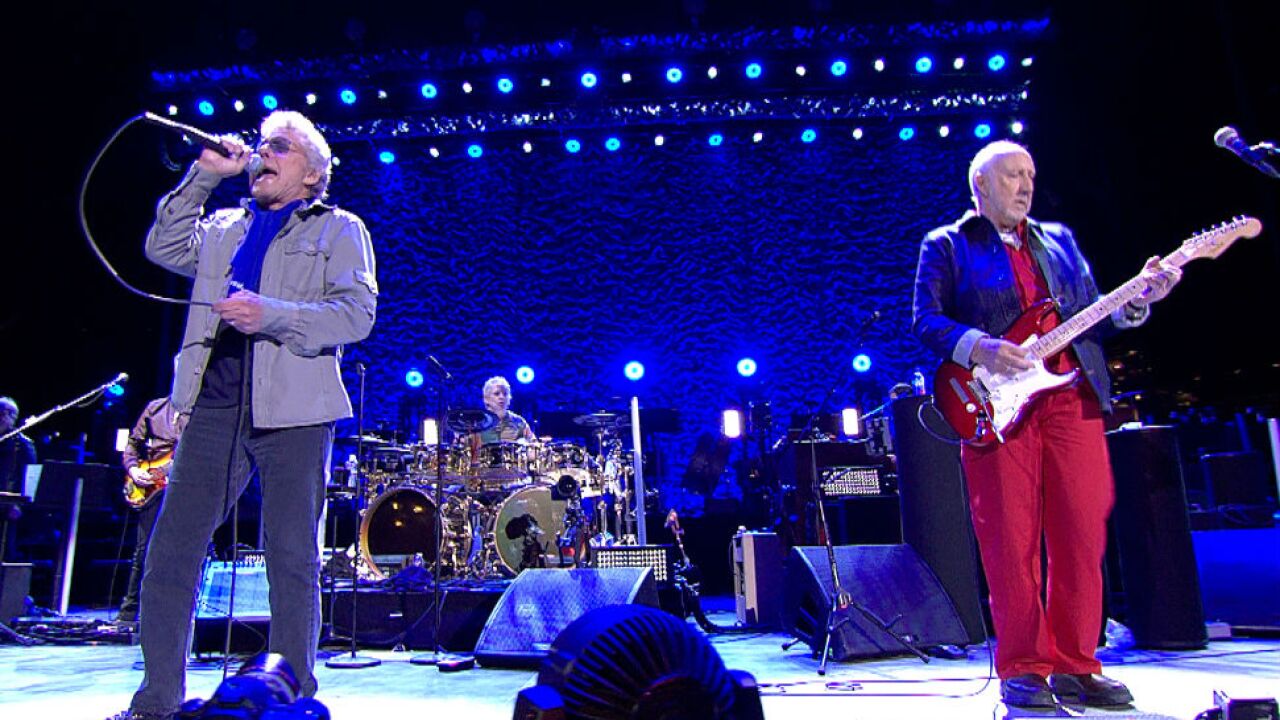 Copyright 2019 Scripps Media, Inc. All rights reserved. This material may not be published, broadcast, rewritten, or redistributed.
Michael Benedict | WCPO
Roger Daltrey and Pete Townshend perform at The Who&#39;s concert in Seattle in October.

“Live Nation have been ordered by the Consumer Authority to refund tickets for shows that will not happen,” he said.

The band’s Cincinnati concert — its first since 1979 — had originally been scheduled for April 23 at BB&T Arena. The coronavirus pandemic forced concert organizers to postpone in late March, but a new date was never set.

RELATED: Watch the WCPO documentary, 'The Who: The Night That Changed Rock''

Would-be concertgoers woke up Friday morning to Ticketmaster emails announcing the concert had been canceled and their ticket purchases would be refunded.

According to Curbishley, the pandemic means The Who will have to take the long way back to the United States. All remaining 2020 performance dates are canceled; they won’t be playing in public again until spring 2021.

Curbishley said the band hadn’t identified an exact date within that window but would prioritize its return to Cincinnati.

“It is of utmost importance to us that we play Cincinnati,” he said. “We will be there.”

The original April 23 date was conceptualized as a cathartic moment for the band and the city, songwriter Pete Townshend told WCPO anchor Tanya O’Rourke in late 2019. Eleven people were killed in a stampede outside the concert venue in 1979.

“It would be such a joyous occasion for us and such a healing thing, I think,” Townshend said.