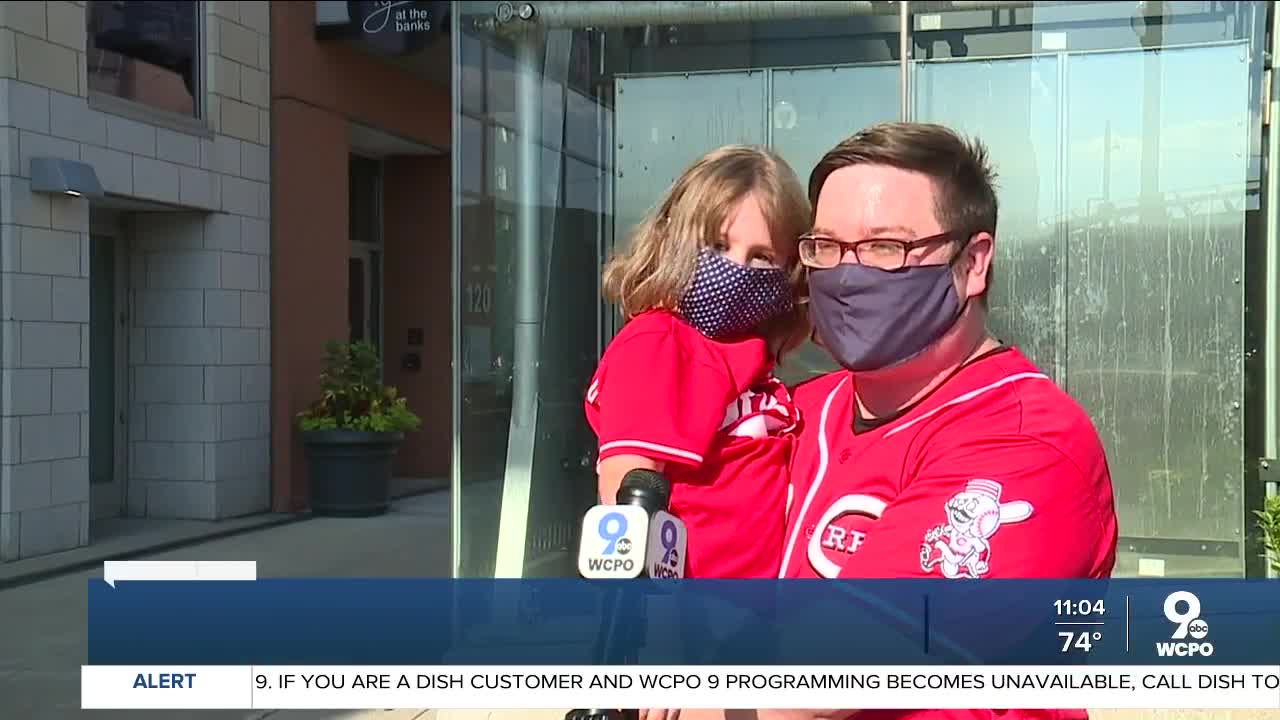 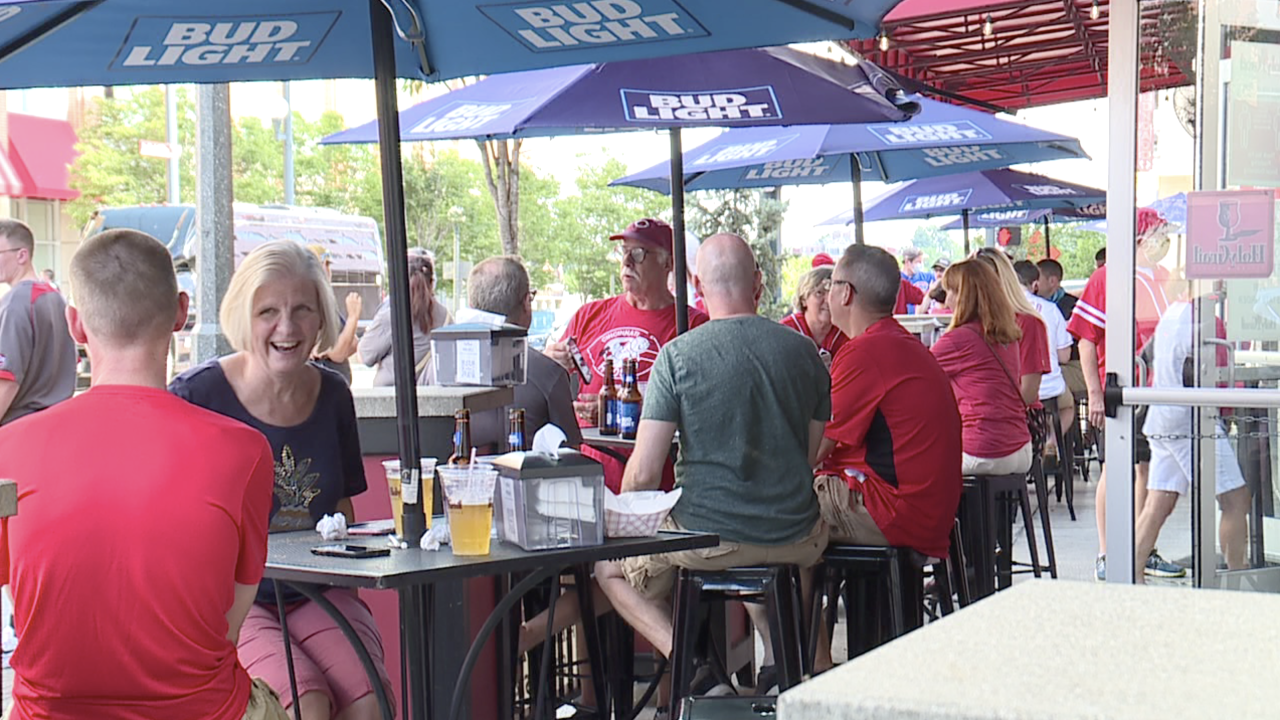 CINCINNATI — As the Cincinnati Reds prepared to step onto the field at Great American Ballpark, bars normally packed with Reds fans were forced to scale back in the face of the pandemic, and the game was played to empty stands. Still, Cincinnatians' Opening Day spirit could not be quelled.

The crowd at the Banks was a fraction of the normally massive Opening Day crowd, but diehard fans still turned out to support the Reds as they finally started the season, which normally would have begun in March.

In the nearly half-century since the tradition began, fans like Prickel have still flocked to celebrations to support the team. Prickel said that, while watching the game from outside of GABP isn't quite the same, he still turned out to get as close as he could.

"Excited, without a doubt," he said. "I'm glad to see baseball being played. This is America's pastime."

Assistant Health Commissioner Domonic Hopson said he's optimistic the Banks will be able to keep serving fans throughout the season, as the city and state fight to keep from taking a step back amid increasing COVID-19 numbers.

"We know we saw the videos and the pictures of packed out bars and places like that, so we're hoping that we're moving in the direction that we see less of that," said Hopson.

He said no citations have been issued for Opening Day festivities so far, and the Cincinnati Health Department hopes messaging around masks and social distancing is finally starting to hit home.

"We can't be in every place at one time, so we really need people to take that accountability themselves," said Hopson.

Hopson said so far, the majority of calls to the Health Department are about bigger gatherings at private homes and parks.