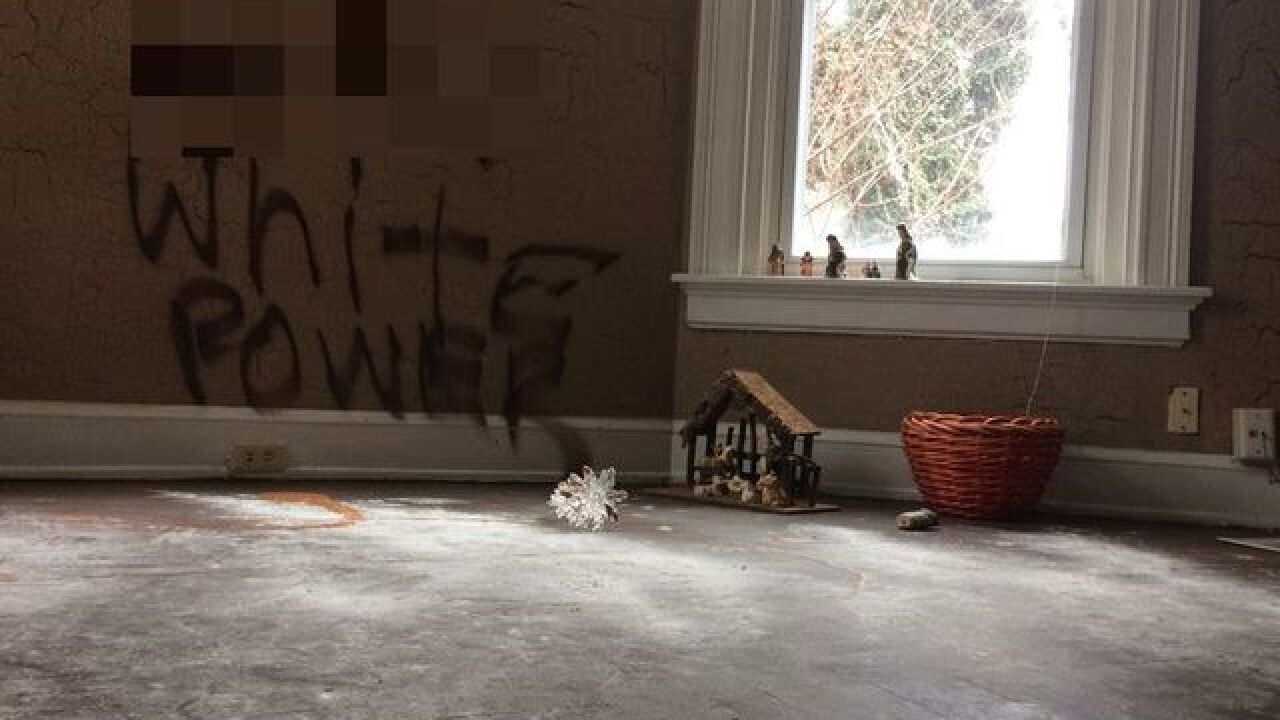 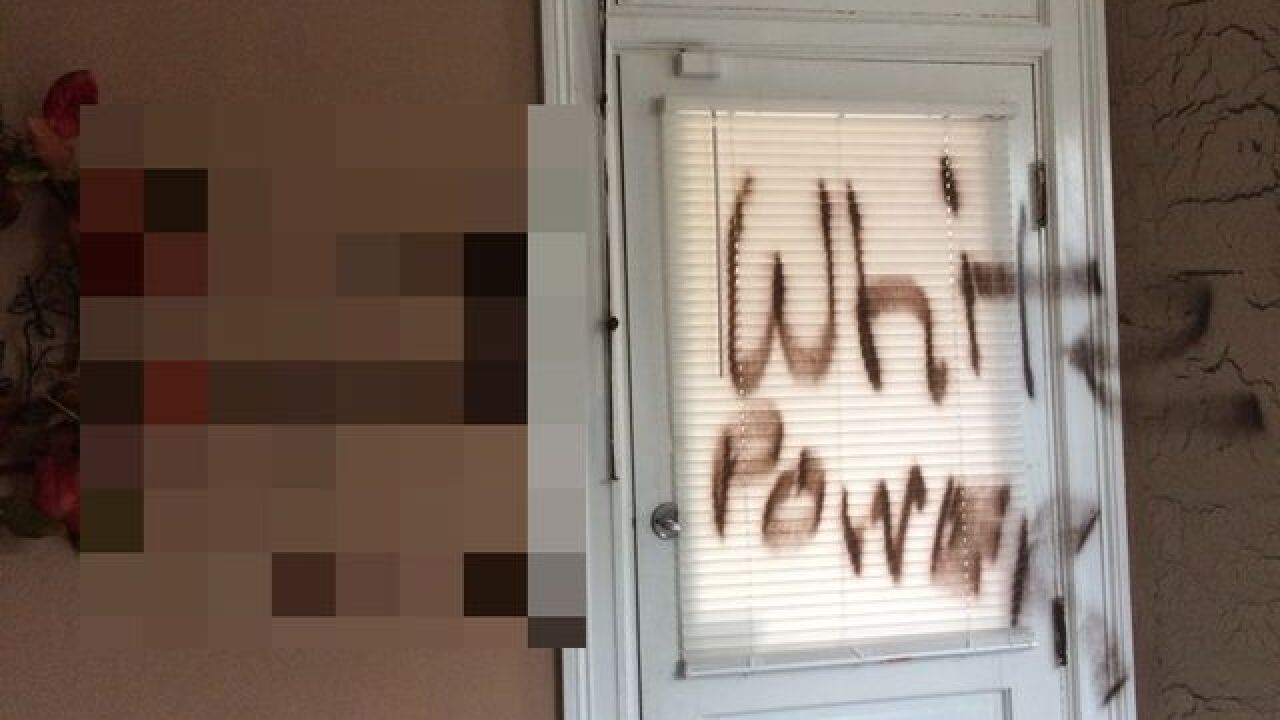 CINCINNATI -- Swastikas and the words “white power” were spray painted across the walls and doors of Joe and Pat Jude’s rental property.

Thieves stole the refrigerator from their kitchen, poured concrete down the drains in their bathroom and kicked down the railings on the stairs.

The Judes said their East Price Hill home, that they had planned to retire in, was ransacked around Thanksgiving while they were out of town visiting their daughter.

“I mean there is nothing that is salvageable.”

The incident isn’t the first brush the family has had with discrimination.

In 2010, their son Jay committed suicide at the age of 16 after the family says he was bullied for being bi-racial.

"We got through that,” Pat Jude said. “You never get over it, but then you come in here, and it's the same kind of stuff."

Whoever broke into the home opened the pipes upstairs, which flooded areas of the top level and caused parts of the ceiling to collapse.

"When I walked in... it just shook me,” Pat Jude said. “It just floored me that somebody could spread so much hate."

The family is asking for help identifying who is responsible.

"If anybody saw anything… please help us solve this crime,” Pat Jude said. “Somebody must have seen something."

"I am deeply disturbed by the act of hatred perpetrated against this family," Cranley said in a statement Saturday. "Racism and bigotry are not and will not be tolerated in this city. This crime is not only an attack on an innocent family, it is an attack on our values."

Police said they collected evidence, and anyone with information is asked to call Crimestoppers. The family also set up a Gofundme page here.