Study: Crowd noise from FC Cincinnati stadium can be heard in some areas of Music Hall 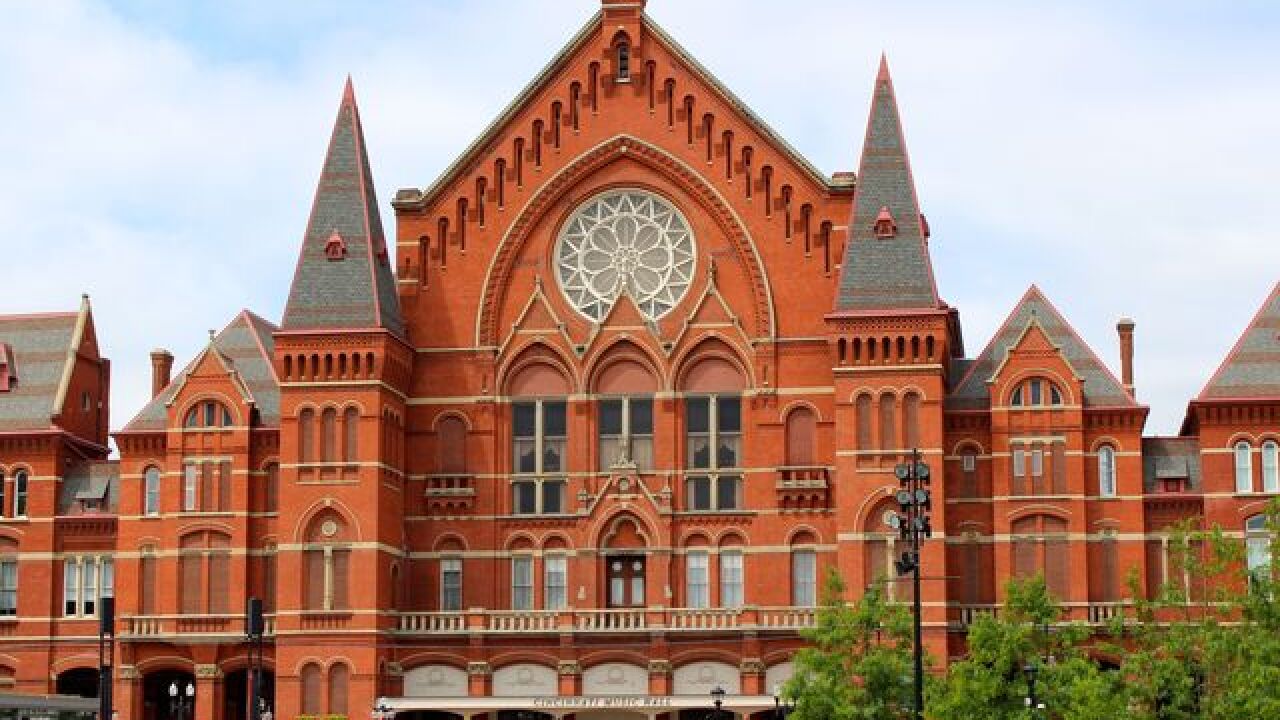 CINCINNATI -- As predicted, crowd noise from FC Cincinnati’s West End stadium can be heard in some areas of Music Hall, according to the final sound study.

Researchers with acoustician firm Akustiks, which had been hired by the Cincinnati Arts Association to conduct the study, previously said noise from the stadium would disrupt performances and rehearsals at Music Hall in a preliminary study.

The study concluded noise from fans could be heard in Music Hall’s Springer Auditorium, Wilks Studio and Corbett Tower (barely audible). Sound from concerts could also be heard in various parts of the building.

In a joint statement, officials from the Music Hall Revitalization Company, Cincinnati Arts Association, the Cincinnati Symphony Orchestra, Cincinnati Ballet, Cincinnati Opera and the May Festival said “Akustiks reviewed the most recent design plans released by FC Cincinnati on April 1 and determined that the design modifications to the stadium do not yet fully address the noise intrusion issues at Music Hall.”

The study outlines potential changes FC Cincinnati officials could make to the stadium as well as changes that could be made to Music Hall to help mute the sound.

Crowd noise and sound from the stadium’s PA system can easily escape over the top of the seating bowl under the roof, the study says. The report says the sound could be decreased by closing the leaks below the roof.

The study also spells out changes to Music Hall, from installing gypsum boards to putting in acoustic storm windows.

Sound concerns are being addressed in a process agreed upon in the February 12, 2019 “Agreement of Cooperation and Support” between FCC, Music Hall, Ballet and other Arts Organizations. FCC just received the Akustiks studies and will meet with Arts Organizations to discuss. FCC engaged Arup to provide acoustics consulting services. This sound study is underway.

Most of FCC matches are expected to be played at times that are different than Music Hall performances. Furthermore, FCC’s stadium will have an enclosed seating bowl and full perimeter canopy, mitigating most noise disruption.

We are committed to working in good faith with Arts Organizations on a collaborative resolution to adequately assess and mitigate sound conflicts that may arise.

Read the full statement from the Music Hall Revitalization Company, Cincinnati Arts Association, the Cincinnati Symphony Orchestra, Cincinnati Ballet, Cincinnati Opera and the May Festival below:

CAA and the Music Hall resident arts groups have received the attached “Report of Noise Impacts at Cincinnati Music Hall” resulting from the operation of the FC Cincinnati Stadium, as a follow-up to the preliminary acoustics study. This final report describes the noise impact on Music Hall in greater detail, and includes recommended mitigation strategies to address the sound intrusion.

The study was prepared by the firm, Akustiks, and was co-commissioned by Cincinnati Arts Association (CAA) and Music Hall’s resident companies, and has been shared with FC Cincinnati. The study was also sent to City Council and the City Planning Commission.

The findings reconfirm that the noise from a typical game at the planned stadium will be “readily audible by the audience and performers,” and will interfere with performances and rehearsals in Music Hall’s Springer Auditorium and Wilks Studio, and may affect other gathering spaces in Music Hall to varying degrees.

Akustiks reviewed the most recent design plans released by FC Cincinnati on April 1 and determined that the design modifications to the stadium do not yet fully address the noise intrusion issues at Music Hall. Per the study’s lead acoustician Paul Scarbrough, “From what we can see in the latest FC Cincinnati design submission, there are still openings between the underside of the stadium room and the top of the seating bowl. Our model indicates that this allows a significant amount of sound to leak from the stadium into the surrounding community. When these openings are closed up in our model, the impact in the surrounding community drops significantly.”

CAA, MHRC, and the Music Hall resident companies entered into an “Agreement of Cooperation and Support” with FC Cincinnati in February to work together in good faith regarding concerns related to noise, parking, traffic, and scheduling. We all have an obligation to preserve the ongoing operation of Music Hall and protect it as a vibrant community asset owned by the City of Cincinnati.

CAA and Music Hall’s performing resident companies believe that the FC Cincinnati stadium is a positive development for Cincinnati and the West End. We will continue to work cooperatively with FC Cincinnati and Akustiks to identify and implement solutions to these sound intrusion issues.