The 13-mile-long pipeline will run through several communities 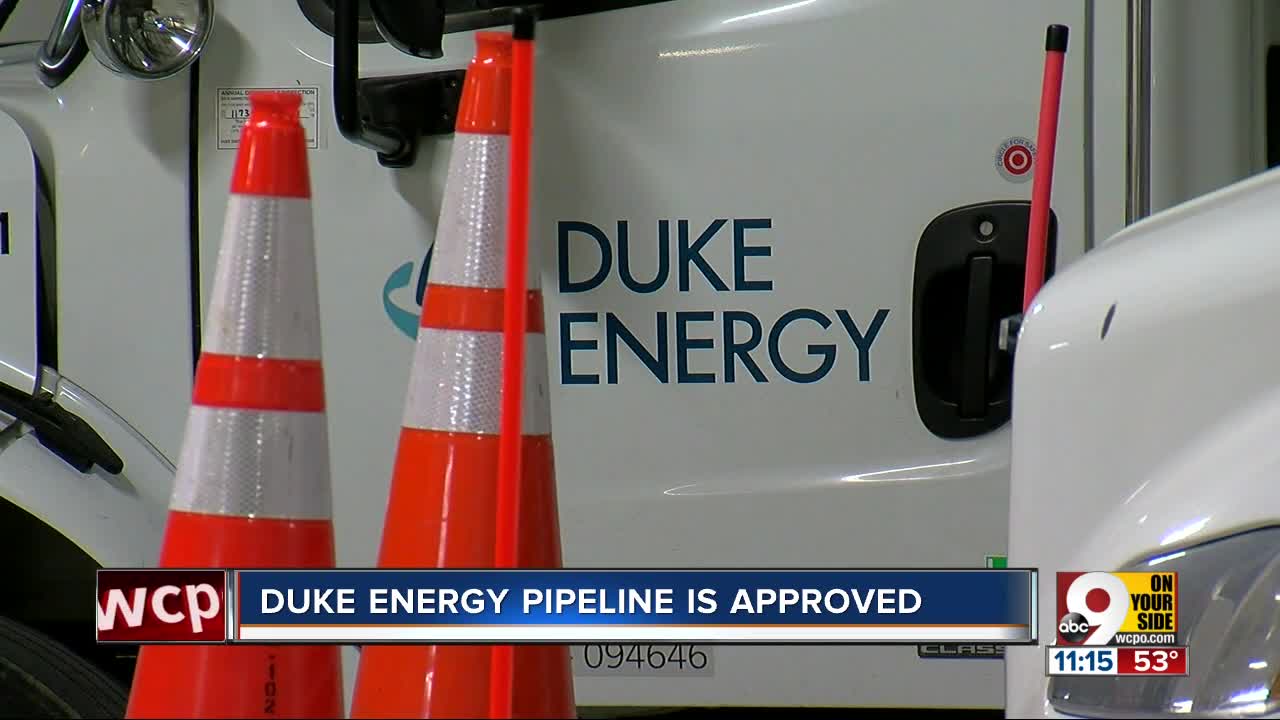 CINCINNATI — After a years-long debate, Duke Energy's controversial plan to build a new natural gas pipeline in Hamilton County was approved on Thursday by the Ohio Power Siting Board. The approximately 13-mile-long C314V Central Corridor Pipeline Extension Project, which passes through several communities in Hamilton County, will run from Golf Manor north of I-275.

Residents at a town hall meeting on Thursday said they still have concerns.

"I never really liked the idea of it, the idea of a pipeline just coming into basically my backyard," Evendale resident Cory Petersman said.

Peterman's opposition to the project is grounded in concerns about safety and traffic.

"Glendale Milford's going to be a mess. It's already packed as it is," Petersman said. "So, having a construction team in there for however long it's going to take is just going to screw that up even more."

Duke Energy spokesperson Sally Thelen said the company will work with residents along the route and the pipeline will be constructed in right-of way areas, not backyards.

"We're not going to do anything unless we certainly on the front end have everything communicated with the communities that would be impacted," Thelen said.

She said Duke currently operates more than 14,000 miles of pipeline.

Protests of the project have continued since its introduction in 2016. Opponents' initial concerns had to do with the possible danger associated with having a pipeline in a residential area.

"I've said all along we're over-engineering this pipeline," Thelen said. "When we presented what we wanted to do initially on the central corridor pipeline, it was a transmission line. It was higher pressure. It was larger diameter."

In Thursday's decision, the OPSB outlined 41 conditions by which Duke Energy will be required to abide during the construction and operation of the pipeline. Some of the conditions are:

Petersman said he's hoping someone appeals the decision and puts a stop to the project.

"(I'm) holding out hope as long as I can," Petersman said.

A group called N.O.P.E., or Neighbors Opposing Pipeline Expansion, released a statement saying its members believe the project is an unnecessary safety risk and are evaluating the next steps that can be taken to oppose it.

Construction on the pipeline is scheduled to begin in the fall of 2021 with a completion date in the spring of 2022.