Queen City Avenue will eventually look like this, but for now it's a traffic nightmare 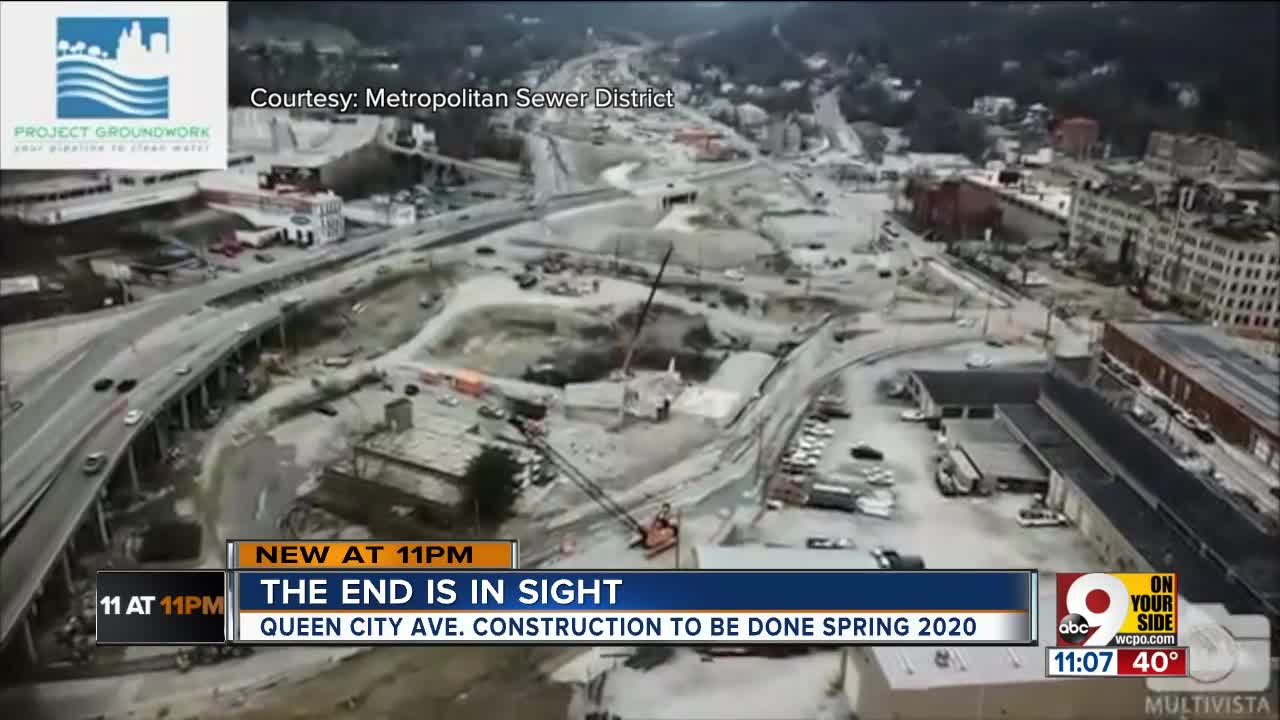 The construction project is a significant one: “We’re basically bio-engineering a creek through the middle of South Fairmount.”

CINCINNATI — In the year-plus since the Metropolitan Sewer District began building the Lick Run Greenway, a $193 million project meant to simultaneously beautify South Fairmount and manage stormwater, some drivers have changed their routines to avoid the snarl of construction on Queen City Avenue.

Christopher Kintz, a delivery driver for Queen City Pizza, can’t. Regardless of the weather or road conditions, he drives from the congested street to customers’ homes and back dozens of times every day.

The resulting tangle has taken a toll on his car.

“The road, it just bounces you up and down because they’ve dug up parts of it and patched it and dug up parts of it again,” he said Monday night. “There’s always a lot of traffic, so you have to turn in quick. I’ve turned in quick so many times that I’ve actually sliced two holes in the side wall of my tire.”

It’s been hard on business, too. As other drivers decide to avoid the hassle by sidestepping the area altogether, Queen City Pizza loses would-be customers.

“We need people in the neighborhood to be driving past us so that they see our business,” he said. “When they’re avoiding Queen City Avenue, they’re not doing that.”

Despite that, Kintz said he believes the green recreation space Lick Run Greenway provides will be good for his neighborhood. He just wishes it would arrive sooner than its expected 2020 completion date.

According to MSD communications manager Deb Leonard, that’s not likely. The construction project is a significant one: “We’re basically bio-engineering a creek through the middle of South Fairmount.”

That creek is MSD’s strategy for diverting rainwater that had been draining into sewers, mixing with waste and overflowing into nearby Mill Creek. Once construction is finished, Leonard said, that water will instead be funneled straight into the creek without touching possible pollutants.

As a trade-off for the lengthy construction, she said, “there will be walking paths and lots of landscaping, and South Fairmount is going to get a very much improved civic recreation space, new playground, new basketball courts.”

In the meantime, Kintz will continue his fraught daily journeys.

“I’m looking forward to that,” he said of the project. “But that’s a really long time.”