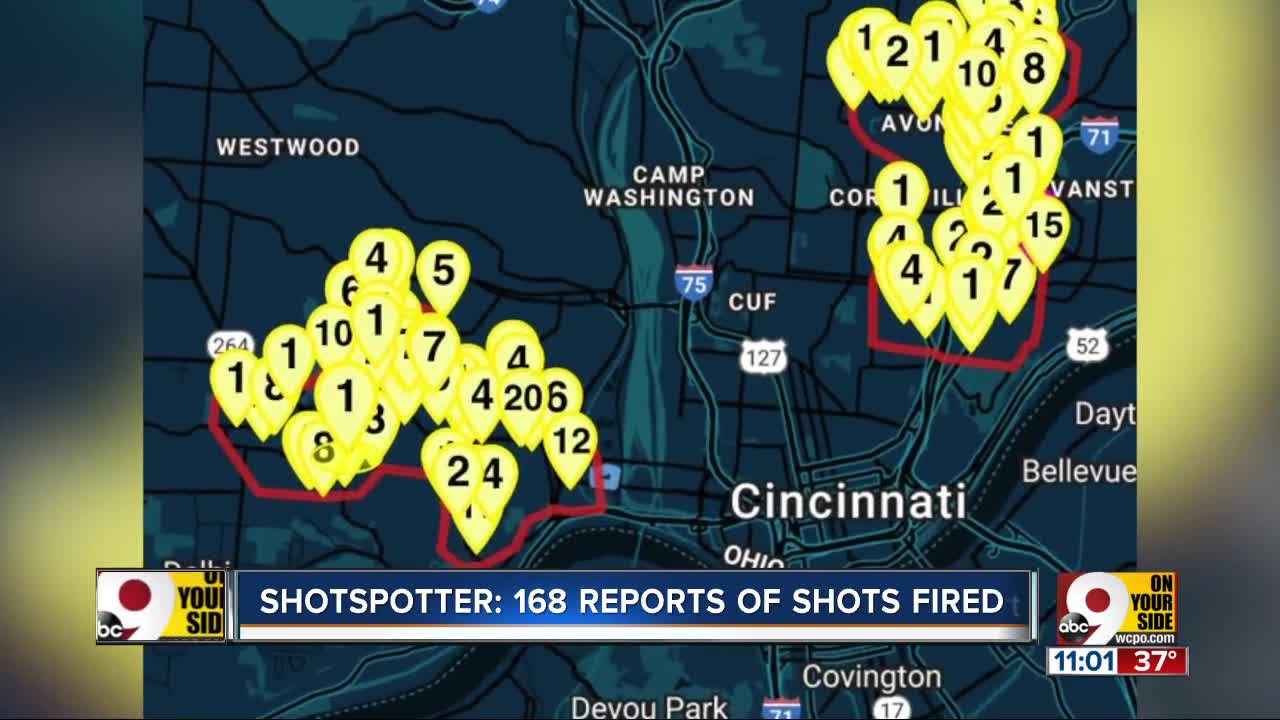 There were 168 reports of shots fired recorded by ShotSpotter in the city of Cincinnati during overnight New Year’s celebrations this week. Now, the police department says it's planning to more than double the size of the program this year by bringing the technology to neighborhoods across town. 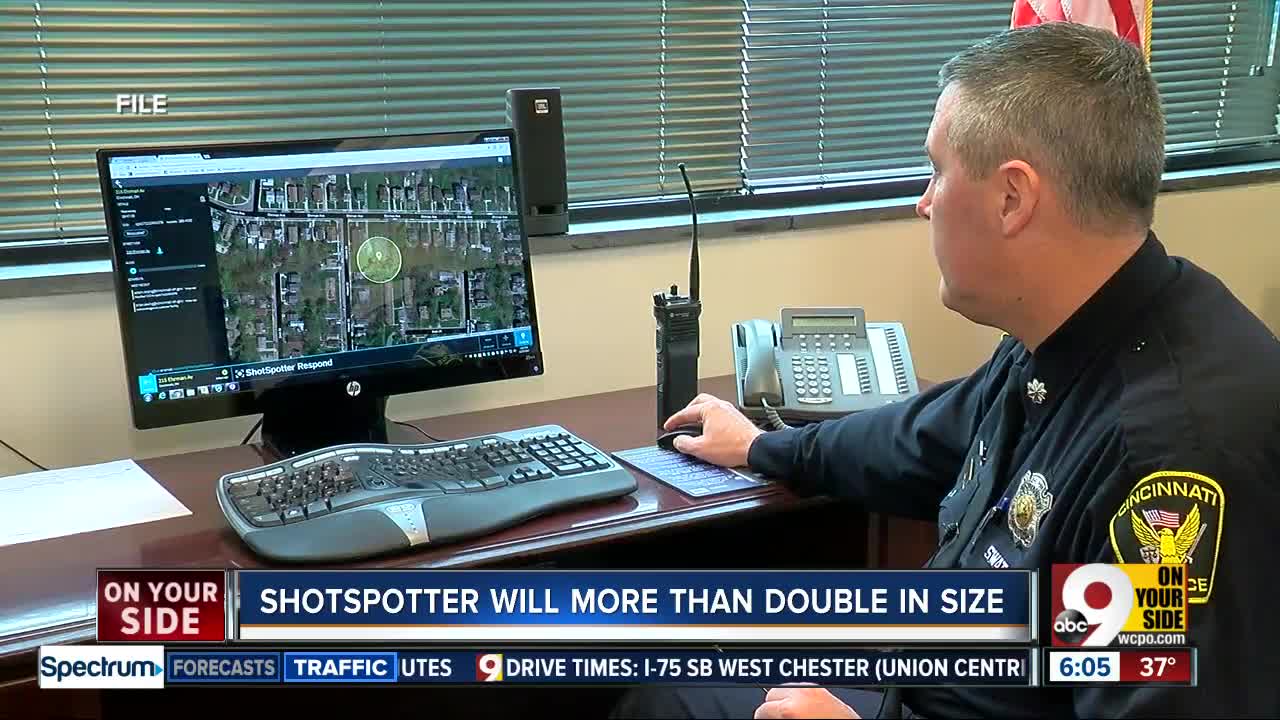 CINCINNATI — ShotSpotter recorded 168 reports of shots fired in the Price Hill and Avondale areas during New Year’s celebrations this week.

Now, the police department says it's planning to triple the size of the program this year by bringing the technology to six more neighborhoods across town.

ShotSpotter, which uses a network of microphones to pinpoint shootings, will expand into the West End, Over-the-Rhine, Westwood, Millvale, South Fairmount and Evanston by year's end. And some people in other Cincinnati neighborhoods, like Jamison Walker, say the technology can't come their way soon enough.

Walker woke up to find bullet holes in his white BMW parked on the street.

While many were celebrating last night, this is what the men & women of @CincyPD were dealing with - 168 incidents of shots fired, a homicide, and a quadruple shooting! Thank you to all the officers who worked last night, your dedication is noted and greatly appreciated!! pic.twitter.com/N9Mr86TiwZ

Walker's neighbors said they heard gunshots around 11:30 Tuesday night. Jamison and his fiancee found out the next morning. But ShotSpotter could have tipped off police even sooner. And with an expansion down the road, police hope the technology will deter random shots – on New Year’s and anytime.

"You hear bangs, and whether it's a gunshot or fireworks, you don't know," said Mark Brungart of Over-the-Rhine, one of the neighborhoods getting ShotSpotter this year.

"I just think it makes it more valid when they're called out. Again, not false alarms, a quicker response time. Anything that makes us safer, I'm all for it."

While Walker is happy no one was hurt, waking up to car damage is not how he hoped to start the new year.

It's just a hump in the road. It's not going to tear you down. You'll get around it," he said.

Cincinnati police hope to have the expanded ShotSpotter technology in place by this summer to get ahead of the typical uptick at that time of year.