Police crack down on prostitution in Roselawn 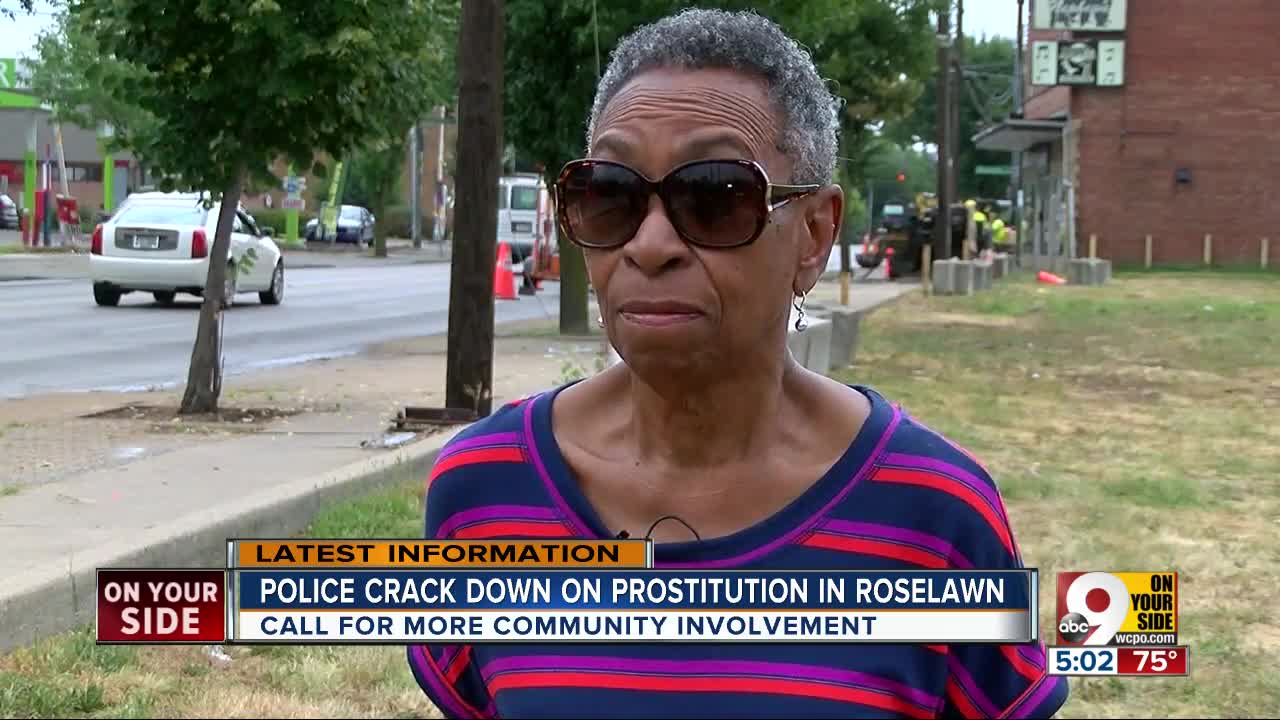 The goal, according to Councilman David Mann, is to target johns, the men who are paying for sex, and help women selling it get help.

CINCINNATI — Carol Smith and others have complained about the prostitution problem in Roselawn for years, but it never seems to go away.

“This is where the solicitation is done and then the activity occurs on the backstreets,” says the head of the Roselawn Community Council.

“Five o'clock in the morning, even beginning with the early work traffic, and closing with the nightlife traffic from the bars.”

WCPO was there in 2017 when a city council committee took up the neighborhood’s problem, proposing cameras along the street.

“It has gotten a little bit worse in two years,” Smith says.

In April, WCPO cameras were at an emergency community meeting where councilman David Mann proposed a task force of engaged citizens to come up with a plan.

Since then, according to a new report from City Manager Patrick Duhaney, police have made 36 arrests on prostitution-related charges.

They made 17 arrests during two stings in the business district in May.

The target: the johns - the men paying for prostitutes.

While police have cracked down, there is also a call for more community involvement. And one mobile ministry says it is on its way.

“The word on the streets, I mean, things are really hot over there with the prostitution and obviously heroin addiction goes right along with it,” says Brandon Welch of the Lord’s Gym.

Welch says he's moving his mobile ministry from Price Hill to Roselawn once a week now.

“Our plan at this point is just to make our presence known and begin to build relationships with the women and the men on the streets,” Welch said. “You know, obviously, they both need help.”

“In order to do something about it, you have to get involved,” Welch says.

That's the message from police and the community council, too.

“Right now we don't have any real collaboration and people coming to us and asking us basically how they can help,” Smith says.

Police say they've gotten fewer calls for prostitution complaints here this year, and data supports that. Numbers are down from nearly 40 a couple years ago to just a handful.